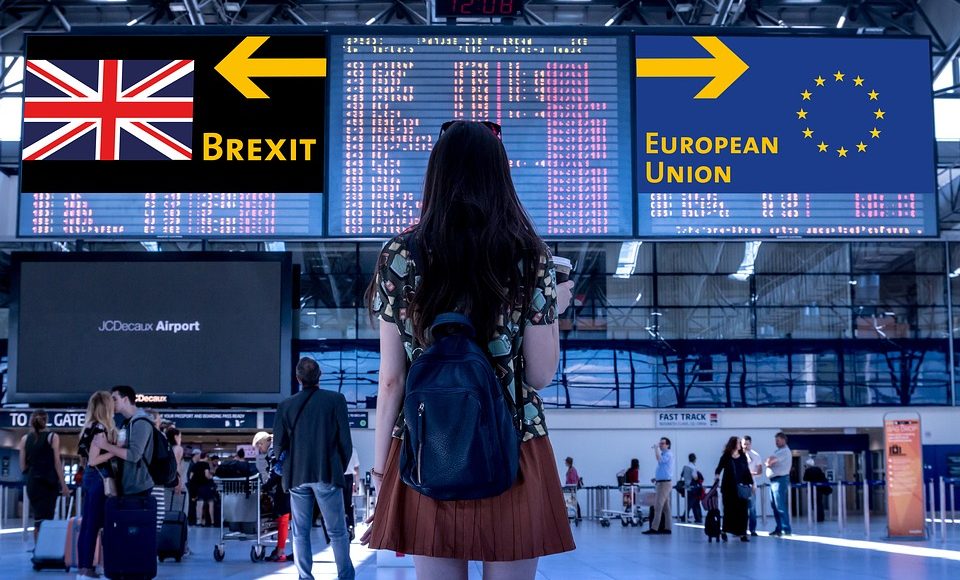 The path to Brexit day has been far from linear with many twists and turns along the way. Loyalties have been tested, partnerships have been shattered, and relationships are made and remade with each passing day. The latest defections from both the Conservative and Labour parties are more than simply another contribution to the general unevenness of this long process. They reveal why the process has played out in this way and show that this trend will continue into the near future and likely beyond as well. Although the defections of eight Labour MPs and three Conservative MPs, and their consolidation into a single group, may not have any significant impact on Brexit-related votes in Parliament, their significance ultimately does not lie in their pragmatic influence on policy. Rather, the formation of this new “Independent Group” is important due to its symbolic significance, given that it reflects political shifts that antedated Brexit and are continuing to occur even now. However, to understand just how interconnected these trends and events are, an important question must first be answered regarding this “Independent group”: Who are they?

In mid-February, Jeremy Corbyn saw seven Labour MPs resign from the party with an additional MP following the next day to bring the total to eight. This includes: Chuka Umunna, Angela Smith, Ann Coffey, Luciana Berger, Gavin Shuker, Mike Gapes, Chris Leslie, and Joan Ryan. They cited Brexit mismanagement and anti-Semitism as the reasons for their departure. Shortly after, three Conservative MPs resigned from their respective party as well. Sarah Wollaston, Anna Soubry, and Heidi Allen also cited Brexit mismanagement as their reason for leaving, in addition to the fact that the party has drifted more to the right in a time of intense party polarization. Although the “Independent Group” is not an official party, with eleven members in its ranks it now stands as the fourth largest group in Parliament alongside the Lib Dems. Many have predicted that there will be more departures to follow.

Other than their shared general grievances regarding Brexit management, there are few, if any, other unifying characteristics amongst these MPs. The “Independent Group” is far from a homogenous bloc as it represents MPs with a wide range of constituency sizes, tenures in office, and positions within parliament. It should also be noted that whilst some of these MPs represent constituencies that voted to Remain, there are also some who represent those that overwhelmingly voted to Leave. Most importantly, party affiliation of the MP does not determine which way their constituency ultimately voted in the 2016 referendum. There were Labour MPs with constituencies that voted both to Leave and Remain. This also applied to the Conservative MPs. Although Labour is often thought of as the “Remain” party, and the Tories as the “Leave” party, this is not a definitive differentiation that involves highly blurred issue-linkage. Conservative MP Sarah Wollaston had 53% vote to remain, whereas Labour MP Angela Smith had 61% vote to leave.

On the surface these divisions within parliament do not seem overly extraordinary. Politics is based on difference and disagreement. However, this inability of party lines to properly outline public opinion and sentiment, as is showcased in the formation of the “Independent Group”, is actually highly problematic. The group itself is not the issue, but rather it is the reason behind its formation that is problematic.

From these defections it’s clear that there are multiple degrees of disconnect, troubling on their own but even more so when compounded. One disconnect is that within the major parties themselves. As was previously discussed, there is no clear “Remain” or “Leave” party.  Both Labour and the Tories are composed of both Brexiteers and Remainers, leaving neither with ownership of either stream of public opinion on Brexit. This plays into the second disconnect, which is that between these fragmented parties and the constituents to which they are supposed to be accountable. Partisan lines within parliament no longer align with divisions in public opinion. That makes it nearly impossible for parties to properly represent and advocate for their supporters, as an individual cannot say with certainty which party has their interests at heart. The bottom line is that political parties lack internal cohesion – resulting in an external mismatch with their constituents. As Brexit negotiations have played out, these divisions have only deepened, causing the mismatch to worsen and representation to suffer as a result.

Given that parliament is supposed to be a microcosm of the general public, these multi-directional fractures are highly concerning. Parliament has a life and a character that is highly divergent from that of Britain itself. Instead of being a representative body operating based on popular will, it has become an independent agent operating in isolation from the people it is meant to represent. This is not a new dynamic for the UK or the international community as this fragmentation was underway before the 2016 referendum was held. Matthew Goodwin aptly notes that, “…in the three decades before people voted for Brexit, the ratio of people who felt as though they had a strong relationship with one of the two dominant parties dropped from around half to one-third, a trend that has been accompanied by a strong sense of disillusionment.” Brexit simply provided a stage for this to play out publicly and an instance by which to see the magnitude of the impact that this shift could have on governmental operations.

One prime example of how these combined disjunctions have the potential to interfere in governance is revealed in the inability of parliament to come to agreement on an exit plan. Whilst there is a widespread desire to avoid a “No-Deal” Brexit, which involves the UK leaving the EU instantly with no agreements in place on current and future relations, there has been no significant progress made toward finalising a plan that will avoid that situation. The divide between, and divisions within, different parties regarding issues like the Irish border have made compromise impossible to achieve. Prime Minister Theresa May’s Withdrawal Agreement was rejected by a vote of 432 to 202 in the largest defeat for a sitting government in U.K. political history. A loss of this magnitude does not only show that an agreement formulated by May will not be approved by parliament, but likely that no plan will be able to be approved. This defeat was not over a single issue, a single person, or groups of either. This defeat was the inevitable outcome of a deeply divided and highly disconnected parliamentary body that has lost its ability to function in order to carry out policy action. This defeat was not a one-time occurrence, but rather reflects a permanent state of being for the UK Parliament.

Due to the ambiguity of the choices to “Leave” and to “Remain” involved in the original Brexit referendum, this fractured parliament has been tasked with defining what “Leave” signifies through the plans that they formulate. Clearly parliament has failed to accomplish this, which indicates that “Leave” is still open to interpretation. Even if parliament had succeeded in giving substance to the choice to leave through the approval of a withdrawal agreement, that would mean that they had defined the terminology of the referendum afterwards. This is inherently undemocratic in it own right, but is made even more problematic given how out of touch parliamentary organisation is with that of the British public. A legislative body with compromised representative capabilities operating at its own behest has attempted to defined the will of the people when they had absolutely no place in doing so. Both the act and the character of parliament have invalidated the democratic nature of a referendum vote by subjecting the voices of 33.5 million people to an interpretation which is contrary to its genuine interests.

The only way to bring democratic character back to Brexit is to have another referendum. The first was a democratic vote, but it was undemocratically implemented and carried out by a fragmented parliament. 33.5 million people spoke, but were not heard. They have essentially been silenced in the time since June 2016 by a parliament that has stolen their words and replaced them with their own. Not only is a second referendum the most normatively-sound decision, but it is also the only realistic option given the circumstances. Clearly, parliament cannot come to an agreement on an exit plan. However, a majority of parliament is adamantly against a “No-Deal” Brexit. If they are unable to finalise a deal, but will not leave without one, then there must be a delay through an extension of Article 50.

Unfortunately, if Brexit negotiations continue to be contained within parliament, a delay will only carry this paralytic state of inaction into eternity. The legislature is incapable of ending this gridlock in the present due to its fragmented party system, which means it will continue to lack the ability to bring about meaningful Brexit action in the future as long as this system endures. Addressing both internal and external disconnects within parliament and between parliament and its constituents will take time, which is a luxury that the UK does not have given that there are twenty four days remaining until Brexit Day. A resource that is available for immediate use, which will bring about expeditious action, is the electorate and only the electorate. Many argue that designing and holding another referendum will take time, given that the 2016 referendum took thirteen months to design and others took as long as twenty two months. However, a year or even two years is inconsequential in relation to perpetuity, with the added benefit of the fact that it would be a temporally defined period with resolution as its consummation.

Whatever happens in the coming days, weeks, and years, serious attention must be paid to party divisions and the broken political system that has come to constitute the UK Parliament. Transparency, accountability, and connectivity have all suffered have all fallen by the wayside, supposedly for the sake of higher priority political needs. A decision on Brexit will not remedy the disastrous fragmentation in the legislature or alleviate the representational maladies this has engendered. Brexit is only a symptom of a much larger problem. A second referendum may help manage a byproduct of this systemic flaw, but it would only be the first step in a long process of party realignment and parliamentary reform.

This is where the “Independent Group” plays a vital role. The formation of this group is a symptom of the same underlying political pathosis as Brexit. They may not be causing the problem or be able to fix it, but their formation will serve as a positive occurrence. An entirely new actor has arisen on the Brexit political scene, after which the first major movements regarding Brexit action were finally made. Prime Minister May finally ceded that a delay may be a possibility and Labour moved to back a second referendum. It was not any identifiable act by the “Independent Group” that forced parliament to confront its paralytic limitations. Rather, this came about simply by virtue of the group’s existence in that it serves as a physical manifestation of party fragmentation, establishing it as an irrefutable reality. It’s often said that the first step to recovery is admitting that there is a problem. Brexit and the formation of the “Independent Group” have put parliament into a situation where it can no longer deny the existence of a plagued political system. The writing is on the wall, and after Brexit it must be addressed in order to avoid history from repeating itself time and time again.