Theresa May - simultaneously in the fire and the frying pan, in Parliament & in Brussels 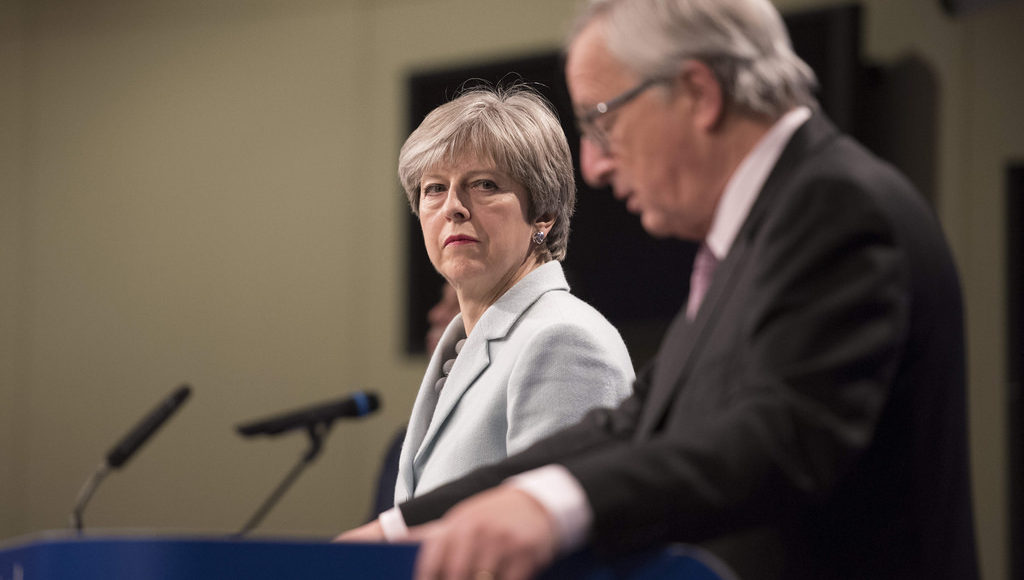 Prime Minister Theresa May heads back to Brussels to renegotiate a Brexit agreement but with the clock ticking and political resistance at home and abroad, her power at the table remains to be seen. To understand the dilemma May faces it is important to put Brexit into perspective and to shine a light on the roadblocks that stand in her path.

Leaving the European Union (EU) involves invoking Article 50 of the Lisbon Treaty which states that withdrawal must be conducted within two years. The UK invoked Article 50 on March 29th 2017 so the date for Brexit falls on March 29th 2019. Leaving requires the UK to negotiate with the EU on matters including the single market, the customs union and border security.

A customs union is an arrangement that eliminates tariffs and export taxes on goods. Member countries abolish restrictions on mutual trade and set a common system of tariffs and import quotas on non-members. However, members of a customs union cannot negotiate their own trade deals with third countries. A single market is a deeper relationship where not only goods but also services, money and people are traded freely as if within one country. A single market can be seen as an extension of a customs union.

The UK attempted to secure an agreement for the free flow of goods with the EU. However, the EU has stated that access to the single market and the benefits that come with it are exclusive to EU member states. Participation in the single market requires acceptance of all four EU freedoms: movement of goods, capital, services, and people. The EU rejected the notion of  ‘cherry picking’ between the freedoms. British demands for control over immigration fueled fears that the UK will reap the rewards of the single market without adhering to its restrictions on members. This would grant UK businesses a market advantage.

The ‘Soft Brexit’ supporters, mostly who voted to remain in the EU, wish to keep existing economic ties to the EU and to stay in a customs union. The counter position taken by ‘Hard Brexit’ supporters is to escape both the single market and the customs union to chart independent trade deals on the UK’s own terms. This economic sovereignty was a rally point for those in favor of leaving the EU in the referendum. This freedom to enforce tariffs would require checks at the border for customs and goods but the case of Northern Ireland poses a problem.

Ire Over the Irish Border

There is a consensus across the UK and the EU that the Irish border must remain open to avoid triggering tensions. The EU suggested a legally binding backstop plan. The backstop is a safety net to ensure that there is no hard border between Northern Ireland and Ireland if alternative solutions cannot be agreed to. However, the backstop would keep the UK within the customs union if triggered and would have no concrete end date.

The mutually undesired no deal Brexit would entail uncertainty and cause economic anxiety in the stock markets and likely dips for both the Pound and the Euro. Roughly half of the UK’s imports and exports are with the EU – by far its largest trading partner. Without an understanding in regard to tariffs and taxes, trade would be disrupted. Borders that previously waved through goods would be required to deal with checking mass quantities of goods going from the EU to the UK and vice versa.

“The first losers [of a no deal Brexit] are the British.”
– French President Emmanuel Macron

Theresa May’s initial Brexit plan was negotiated with the EU in November 2018. It protected the rights of more than 3 million EU citizens in the UK, and over 1 million UK nationals in EU countries. Furthermore, a ‘divorce bill‘ was agreed upon amounting to £39bn, to cover the UK’s contribution to the EU budget and outstanding commitments until 2020. The agreement included the backstop plan. Lastly, the deal included a transition period of 21 months for the UK and EU to secure more agreements for their future relationship. The UK would have to follow all EU rules including freedom of movement without having a say in making new rules.

The Prime Minister’s deal was rejected by 230 votes – the largest defeat for a sitting government in history – and narrowly survived a vote of no confidence by Labour leader Jeremy Corbyn. The deal was rejected by Labour for not aligning the UK closely enough with the EU to protect jobs and for the absence of a customs union. Dissent from May’s own party came from the ‘hard Brexit’ wing who argue the results of the referendum bolster their own mandate. They stated her deal failed to secure the sovereignty the public had voted for. The potential activation of the backstop, the transition period and the entanglement with EU policies were unacceptable. A harder Brexit to placate Conservative dissenters would alienate Conservative Remainers. Conversely, a softer Brexit to win support from opposition parties would increase Conservative dissent.

Opinions on Brexit don’t neatly divide along party lines but the Labour party has mostly united for staying in a customs union. The Conservative Party contains rifts ranging from soft Brexit MPs to a large contingent of hard Brexit supporters. The Conservatives (318 seats) do not form an outright majority in the 650 seat House of Commons so uniting the party alone wouldn’t solve the deadlock. The Prime Minister may have foreseen this deadlock when she called a snap general election in 2017 to strengthen her majority going into negotiations. The decision proved calamitous and eroded the majority she had leading to a more polarized Parliament.

Alternatives to break the deadlock include a second referendum to allow the public to sign off on finalized negotiations with the EU, or to decide whether to continue with Brexit at all. Smaller parties such as the Liberal Democrats (11 seats) and the Scottish National Party (35 seats) have shown willingness to support a second vote. The divisiveness among MPs as to what a second vote would look like as well as lacking support from the two major parties make a referendum unlikely.

Pushing the timeline for negotiations by extending article 50 has also been discussed but would require agreement from the EU. The Labour party threw support behind motions to extend article 50 if a no deal Brexit is inevitable. The length of the extension continues to stir debate and May has refused to reassure MPs that a no deal Brexit is off the table. The conservatives remain opposed to the notion of delaying a decision settled by the referendum. Labour MP Yvette Cooper tabled a motion to extend article 50 but it failed to pass with 296 votes to 327.

With weeks left till ‘Brexit day’, May stands in a political quagmire in Brussels. The central point of discussion will be alternatives to the ‘backstop’.  The “Brady Amendment” – a pledge to replace the backstop with ‘alternative arrangements to avoid a hard border’ – passed the House of Commons with 317 votes to 301.

However, these alternatives face resistance. Northern Ireland’s Democratic Unionist Party (DUP) supported leaving the EU in the referendum but the Northern Irish electorate voted 56 to 44 to stay in the EU. Nonetheless, its ten MPs keep Prime Minister Theresa May in power by giving her the majority in Parliament. The DUP not only wants to avoid having customs checks at the border but also to avoid an arrangement whereby mainland UK has a different relationship with the EU than Northern Ireland.

The Labour party’s 5 point plan for supporting a Brexit agreement included a customs union with the EU, bypassing the Irish border conundrum. May rejected the plan due to the customs union arguing that the UK having the license to forge their own trade agreements was essential to Brexit.

The stance of the EU had been that May’s original deal was the only acceptable deal on the table. Nonetheless, both sides held talks in Brussels on 7th February to avoid a no-deal fiasco.  European Commission chief Jean-Claude Juncker reiterated that the EU-UK divorce agreement struck in November cannot be renegotiated. Instead, Juncker was open to a parallel political declaration laying out plans for future EU-UK ties to break the deadlock.

The UK is pursuing three avenues for backstop changes: a time limit, an exit mechanism or alternative arrangements. Different arrangements include using advanced technology to control the flow of goods. A similar mechanism is used between Norway and Sweden. However, the EU’s deputy chief Brexit negotiator, Sabine Weyand had previously rejected the proposal. May has also tried to lobby for a time limit to be baked into the backstop or to provide a legal mechanism for the UK to unilaterally withdraw from it.

“No news is not always good news. EU27 still waiting for concrete, realistic proposals from London on how to break Brexit impasse,”

Theresa May asked MPs to give her more time for negotiations before a final vote in the House of Commons. The Prime Minister told MPs she would lift a requirement for a 21-day period before any vote to approve an international treaty, allowing the Brexit vote to be delayed until Brexit day. Corbyn accused May of delaying the final binding vote to blackmail MPs into picking between her Brexit deal or a ‘no-deal’ Brexit. On 15th February, MPs voted by 303 to 258 – a majority of 45 – against the government’s negotiating strategy.

With time dwindling and stakes high, a testing couple of months remain for May’s government to forge a fresh agreement with the EU that satisfies the divided domestic political landscape. A simple referendum between ‘Remain’ or ‘Leave’ has set in motion a cascade of uncertainty that continues to cloud an entire continent. As the 29th of March approaches, the English Channel has perhaps never seemed so wide.