Brexit: The “Easiest Deal Ever” 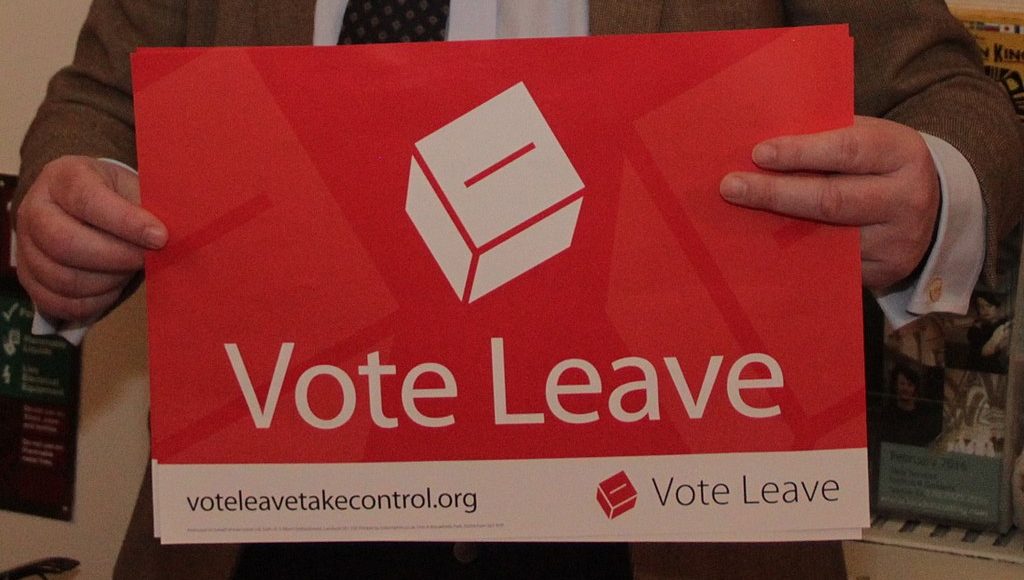 On June 23rd, 2016 the United Kingdom voted in a referendum to leave the European Union. That sparked the activation of Article 50 on March 29th, 2017, marking the beginning of a two-year period in which the terms of the UK’s withdrawal from the EU would be negotiated. A general election was held shortly thereafter, allowing the electorate to choose between different parties’ versions of Brexit. The result was a Conservative minority government in a supply and confidence agreement with the Democratic Unionist Party (DUP). Considering the relatively long time-span since the referendum, it would appear that the UK has had plenty of time to envision and negotiate its future. Indeed, negotiating a deal with the EU was called the “’easiest in human history‘” throughout the referendum.

On November 14th, 2018 the proposed terms of the withdrawal were finally released in the 585-page Brexit Withdrawal Agreement. In addition, a 26-page non-legally binding political declaration setting out the structure of the UK’s and EU’s future relationship was also published. On December 11th the House of Commons was supposed to vote on whether to accept the Withdrawal Agreement. However, dissent  from the DUP and the European Research Group (ERG), an internal Eurosceptic Conservative party caucus, meant the Agreement seemed likely to be voted down. Therefore, the vote was deferred at the last minute, theoretically to January 14th, 2019. As the events in the run-up to and fallout from the deferment of the vote show, no form of Brexit has the support of the House of Commons. The result is that, with less than 100 days to go before the UK officially leaves the EU on March 29th, 2019, it appears increasing likely that the UK will leave without any deal at all.

The UK’s only land border with the rest of the EU is between Northern Ireland and Ireland. The Good Friday Peace Agreement of 1998 ended the armed conflict in Northern Ireland known as the Troubles, between the nationalists who want Ireland to be reunified and the unionists who want to remain a part of the UK. The Peace Agreement allows the people of Northern Ireland to consider themselves as Irish or British or both; with the right to hold both Irish and British passports. This measure, along with the removal of a hard border between the two countries, was seen as vital to addressing the issue of identity in Northern Irish politics. Hence, there is no desire to return to a hard border and the politics of identity when the UK leaves the EU.

Between March 29th, 2019 and December 31th, 2020, while the UK negotiates its future relationship with the EU, it will remain part of the Single Market. The Single Market allows for tariff-free trade and the free movement of people between member states. If a deal is not reached within this time, then to prevent a hard border between Northern Ireland and Ireland, a backstop plan will be activated. Under the backstop, the UK will remain part of the EU’s customs union and Northern Ireland will remain part of the Single Market for goods. Therefore, Northern Ireland will be separated from the UK by a regulatory barrier. Furthermore, membership of the customs union means the UK would have to abide by EU law yet would have no role in rule creation. The legal advice published by the UK Government’s Attorney General suggests that the backstop could last indefinitely and cannot be unilaterally ended by Britain without agreement from the EU. The 21-month period (or if an extension is granted, which can only be done once, 46-month period), is unlikely to be enough time to agree to the future relationship. For example, the free trade agreement between Canada and the EU, CETA, took 7 years to negotiate. With such a limited time-frame for UK-EU, it seems almost certain the backstop will be activated.

The Backstop is the most controversial part of the Withdrawal Agreement. The DUP is dissatisfied with the Backstop as it treats Northern Ireland differently from the rest of the UK, while the ERG is unhappy as the UK would be a rule-taker from the EU – a direct violation in their view of the UK’s sovereignty. Without the support of the DUP and the ERG, Theresa May needs opposition parties’ support to pass the Agreement. However, all opposition parties have come out against it. The Liberal Democrats, Green Party and Scottish and Welsh nationalists are opposed because they want the UK to stay in the EU. Labour opposes the Agreement because it does not deliver the exact same benefits as EU membership. In other words, they were never going to agree in any case.

A week was set for MPs to debate the Agreement. However, the debate was briefly suspended as MPs demanded that the Attorney General’s legal advice on the Brexit Agreement be published in full. This seems a reasonable request given that MPs should have as much information as possible before voting on the Agreement. However, the Government only published a summary of the advice, which was deemed insufficient by MPs. As a result, MPs for the first time in British history voted that the government was in contempt of Parliament for failing to produce all necessary documents. The Government was then forced to publish the legal advice in full, which revealed that the Backstop may become a permanent measure – confirming the worst fears of Eurosceptics.

The day before MPs were due to vote on the Withdrawal Agreement, the Government deferred the vote until January 2019. It was clear that with the opposition parties, the DUP, and the ERG united against the Agreement, it was not going to pass. Despite the Speaker advising that the Government would be wise to allow MPs to vote on deferring the Withdrawal Agreement vote, this advice was ignored. The vote was instead deferred by a government whip shouting out “tomorrow” in the House of Commons, which has the effect of deferring the vote. It is clear the Government was attempting to ram the Agreement through Parliament by denying members full information and a proper opportunity to vote on the Agreement.

Theresa May promised after deferring the vote that she had listened to MPs’ concerns. She headed to the EU Council meeting in Brussels to get clarifications from the EU about the Withdrawal Agreement with the hopes of easing MPs’ concerns and getting the Agreement passed. Unfortunately, the remaining EU leaders refused to reopen the Agreement for renegotiation. Indeed, the EU Commission President Jean-Claude Juncker called Theresa May “a nebulous woman,” pointing to the fact that EU leaders see themselves in a position of strength to resist further British demands.

The Conservative vote of no-confidence

The leader of the ERG, Jacob Rees-Mogg, called for a Conservative party vote of no-confidence in Theresa May following the release of the Brexit Withdrawal Agreement. This requires 15% of Conservative MPs (48 members) to submit letters of no confidence to the chair of the committee in charge of Conservative backbenchers. The party’s MPs then vote as to whether they still have confidence in the leader, and if the leader fails to receive a majority, they step-down. Only 27 MPs publicly declared that they had handed in their letters after the Brexit deal was released. Other unhappy MPs were waiting for the Agreement vote to send a message to Theresa May.

However, Theresa May’s deferment of the Agreement vote robbed unhappy MPs of their chance to have their say and therefore put renewed impetus into the no-confidence vote. Enough signatures were reached the day after the vote had been deferred. 200 MPs voted in favour of Theresa May and 117 voted against. The price of Theresa May’s victory was her promising not to lead the Conservatives into the next general election. Although Theresa May won, a third of her MPs voting against her was a blow to her authority and revealed the extent of the challenge she faces to pass her Brexit bill.

Labour’s policy is to force a vote of no-confidence in the government causing a general election. However, Jeremy Corbyn, leader of the Labour party, has held off on calling one until he can be certain of victory. He is likely to be waiting a long time as although the DUP and ERG dislike the Brexit Agreement, they dislike the thought of a Labour Government even more.

Labour’s policy, should it fail to achieve a general election, is to support a second EU referendum. However, Corbyn has said that he also wants to wait until he is certain of victory on this, meaning it may take a while. Therefore, the result is a divided Conservative Party unable to agree on any Brexit deal but in agreement on keeping Corbyn out of power, and a Labour Party desperate for power but too nervous to act. Effectively, Parliament is destined to be gridlocked.

Theresa May failed to get any further assurances from the EU, meaning that the deal MPs will vote on on January 14th 2019, has not evolved. If the Government loses the vote – a fate which seems almost certain – then it has 30 days before it must make a statement to Parliament about its new plan. Parliament can then accept the plan or amend it, forcing the Government to do something else. However, the current schedule leaves that new plan vote dangerously close to March 29th. It thus appears that Theresa May is running down the clock in an attempt to scare MPs into accepting her deal.

To further complicate matters, the European Court of Justice has ruled that the UK can unilaterally revoke Article 50 to remain in the EU or unilaterally extend it, granting Parliament more time to decide on an acceptable course of action. The other alternative is a second EU referendum with possible choices including remaining in the EU; accepting Theresa May’s deal; or leaving without a deal. If Parliament is unable to agree on a course of action, it seems only right that the decision should be made by the Electorate whose choice in 2016 triggered this whole process.

The UK has had three years and many opportunities to decide what kind of Brexit it wants. As the events before Christmas demonstrate, the shape of Brexit is still being bitterly contested both within and across political parties. If ever there was time for deal-making between parties and MPs, it is fast running out. It will also certainly not be the “easy” deal promised to voters.