‘British Tabloids Will Ruin Your Life’: Confronting Racism in the Portrayal of Meghan Markle 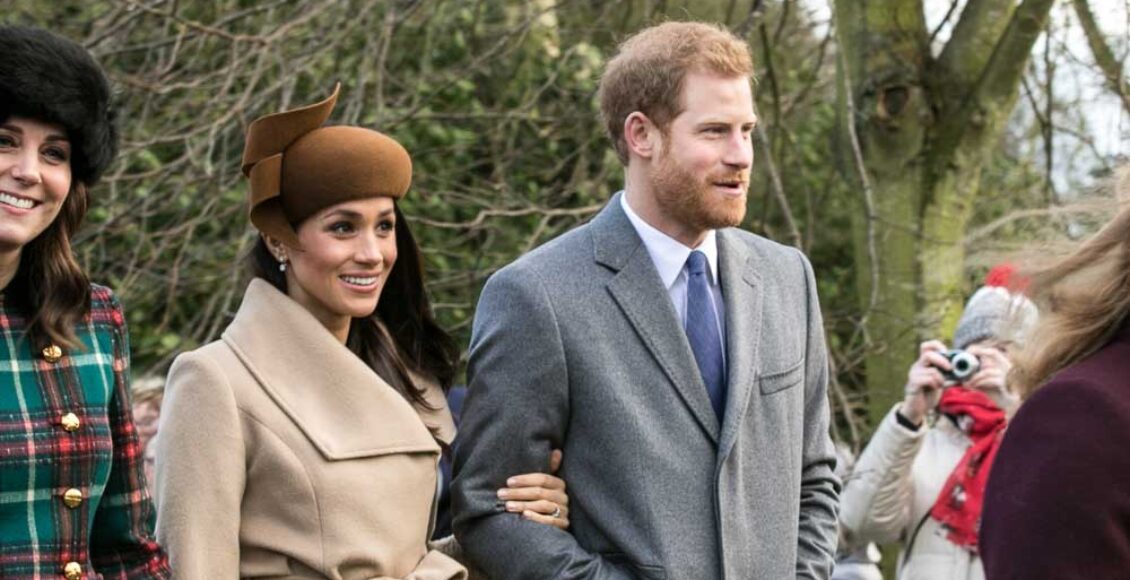 Tabloid magazines are infamous for invading the privacy of those in the public eye — whether it’s Love Island contestants or members of the Royal Family. One major incident dates back to 2012, when Kate Middleton won a £92,000 lawsuit against the French magazine Closer for posting a topless photo of the duchess, highlighting the invasive nature of such publications that have little concern for truth or privacy.

Over the past four years, Meghan Markle — wife of Prince Harry, Duke of Sussex — has also experienced a constant barrage of press scrutiny. From her tenuous relationship with her father to her “scandalous” consumption of avocados, it seems nothing is off-limits. After her relationship with Prince Harry was made public in 2016, British tabloids began targeting Markle, which ultimately contributed to the couple’s decision to depart from their royal duties early in 2020.

The Sussexes vs. The Mail: protecting privacy and preventing misinformation

In 2019, Markle and Prince Harry filed a lawsuit against the British publishing house, Associated Newspapers, “under the Copyright, Designs and Patents Act.” The couple decided to take legal action after The Mail and MailOnline published various articles containing a private, edited letter sent from Markle to her estranged father, following his absence at Markle’s wedding to Prince Harry in 2018. Not only was this an invasion of privacy, but Markle also alleged that parts of the letter were redacted, distorting Markle’s words as a result. The Daily Mail also went as far as hiring a so-called “handwriting expert,” who, based on the letter, concluded that Markle is a “consummate performer and strategist” and is “materially motivated.”

Although the Royals’ relationship with the press has always been somewhat strained, they rarely take such drastic legal action. Indeed, the Sussexes’ aggressive approach to the current lawsuit differs from previous spats between tabloids and the monarchy. Not only is it privately funded, with the proceeds pledged towards charities, but their approach also signifies a willingness to enforce accountability on the press, with Prince Harry stating that “to stand back and do nothing would be contrary to everything we believe in.”

What also differentiates this lawsuit from previous spats involving the Royal Family is Markle’s identity as a biracial woman, making tabloid portrayals of her far less straightforward to analyse. To accurately discuss Markle’s press treatment, direct comparisons between her and other members of the exclusively-white Royal Family are insufficient as they ignore the vast history of racism that inevitably impacts the way the “first biracial princess” is perceived.

In a historically and exclusively white institution like the Royal Family, it would be naive to disregard the impact of being the first non-white duchess in her subsequent media treatment. This treatment may occasionally manifest itself as obvious and overt racism. For example, the girlfriend of the right-wing United Kingdom Independence Party (UKIP) stated that Markle had “tainted” the Royal Family. However, the latent racism and dog whistles present in the media when discussing Markle are equally dangerous, with some tabloids referring to her as having “exotic DNA“ or being “straight outta Compton.”

Still, as a biracial woman, Markle has undoubtedly benefited from her proximity to whiteness and white beauty standards — whether through a lighter skin tone or straighter hair deemed more “palatable” to the general public. Given the legacy of the segregation-era “one-drop rule,” it is still commonplace to group all individuals with varying degrees Black ancestry under one umbrella. However, grouping biracial women like Markle with darker-skinned Black women ignores colourism, contributing to the varying degrees of privilege within the Black community. In her 2017 article, “The Problem With Calling Meghan Markle the “First Black Princess,” Elaine Musiwa explains the importance of engaging with the concept of colourism, especially when discussing Markle’s relationship with the media. To some extent, addressing Markle as the “First Black Princess” overlooks the ways in which her experiences differ from those of darker-skinned Black women who may not entirely identify with her — and it isn’t fair to Markle either. As the daughter of a Black mother and white father, she recalls being confused about her identity from a young age, often struggling to “pick a box” of either “Black” or “white” on US census questionnaires. This erasure of Markle’s biracial identity has continued throughout her life and is executed against her will, both at the hands of the press and lingering segregation-era constructs.

Racist remarks and dog whistles are in no way exclusive to the Royal Family but apply largely to all non-white women in positions of power and historically white institutions. The first Black MP in the UK, Diane Abbott, receives disproportionate abuse relative to her colleagues with similar ideological viewpoints. Amnesty International found that Abbott received “almost half“ of all abusive tweets sent to female MPs during the 2018 General Election while estimating that Black women in journalism and politics were “84 per cent more likely than white women to be mentioned in abusive tweets.” This example shows that no matter how much economic or societal privilege one accumulates, existing as a Black or biracial woman in white spaces, which are inherently discriminatory towards People of Color, also means living with a target on your back. As Afua Hirsch stated in the New York Times: “in this society racism will still follow you.”

One of the most striking ways Markle’s media portrayal differs from her white peers can be seen through the double standards imposed on her. A Buzzfeed article highlighted this by simply lining up 20 headlines describing the same activity, with one portraying Kate Middleton and the other Markle. Whereas one headline in the Express described Prince William gifting an avocado to Kate Middleton as a “morning sickness cure,” another article in the Express described Markle’s consumption of avocados as being “linked to human rights abuse and drought” and “Millennial shame.” These countless headlines put alongside each other from identical publishers expose a double standard in Markle’s portrayal by the British tabloids, revealing the unwarranted societal pressure that has been placed on Markle in comparison to other members of the Royal Family.

Some may argue that these double standards are not necessarily proof of any racist intent by these publishers. Still, there is a vast history of framing POC and particularly Black women as “angry” or “manipulative.” By leaning into negative caricatures of Black women, these tabloids perpetuate this very same mistreatment and exploitation — thereby engaging in this vicious cycle. Lazy stereotypes pervade portrayals of Markle in the media; we are more likely to believe that she is manipulative, angry or conniving simply because that is what is being fed to us.

Such double standards are especially insidious because these publications control the narrative we see, giving them the power to influence public opinion. The tabloids decide who we like and who we don’t, and the resultant narratives are casually reinforced and justified through existing racial stereotypes. For instance, many believe Markle “forced” or “manipulated” Prince Harry into renouncing his royal duties. Yet, not only was this assured to be a joint decision between both Markle and Prince Harry, it is he who has far more reasons to justify his departure. He previously stated that his “deepest fear is history repeating itself”; the same way Prince Harry lost his mother at the hands of the press, he no longer wants to “watch [his] wife fall victim to the same powerful forces.”

With the Sussexes having now endured over four years of confrontation with tabloids, facing numerous invasions of privacy and various forms of overt and latent racism, this lawsuit’s outcome will determine the level of accountability that can be demanded of the press. With that being said, no lawsuit will remedy the centuries of structural racism conditioning the way the press, and by extension, the general public, perceive Black and Biracial women in the public eye. It is for these publications to acknowledge the real-life consequences of their articles, which rely on and perpetuate harmful stereotypes — and it is on us to stop engaging with such publications.