Bug-out Bags and Bullets: The Misguided Ideology of Doomsday Preppers 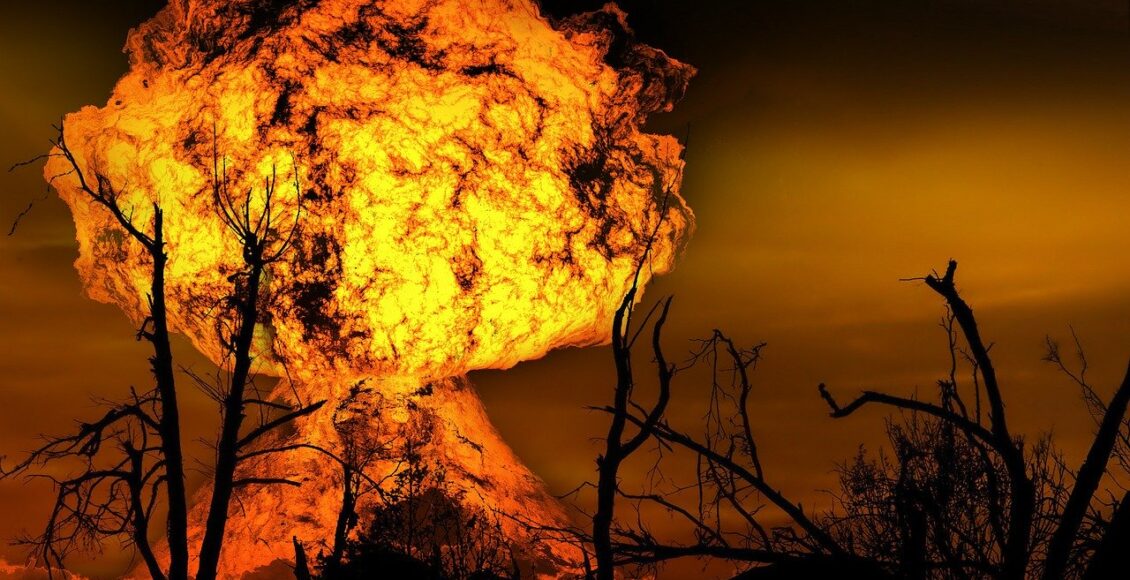 This year, perhaps unlike any other, feels like the end of the world. Rife with economic crises, blatant police brutality, chemical explosions, rising geopolitical tensions, and ravaging wildfires, it seems the only constant in 2020 has been the slow burn of a global pandemic. Around the corner, it appears we must look forward to new waves of COVID-19 and a looming constitutional crisis in the world’s most powerful country. In a world as chaotic as this one, preparing for impending further disasters seems somewhat rational. After all, the human imperative is to survive and reproduce, and natural disasters, economic crises, and other various unpredictable events can severely threaten that imperative. If 2020 has taught us anything, it is how vulnerable we really are.

For obvious reasons, this year has seen a massive resurgence of interest in survivalism. This movement, more commonly known as “prepping,” follows the vague philosophy that emergencies are a fact of life, and individuals must actively prepare for these unavoidable cataclysmic events. Many survival techniques practiced by this community are relatively benign: stockpiling resources, growing food, purifying water, and developing basic medical proficiency. However, there are also more extreme practices, such as hoarding weapons, building bunkers, and maintaining various “bug out” locations to escape to when the urban areas inevitably turn to chaos.

The fears of the prepper community aren’t unwarranted, nor are they irrational. However, despite this rational fear, many of the ideas within this community delve into extreme irrationality. Often, the prepper’s prediction pattern goes as follows: an apocalyptic event shakes the fabric of society; the usual supply lines of basic resources are severed; the ensuing desperate situation means that individuals have to depend on their own resources and skills to ensure survival. This is often paired with the belief that other humans, driven by self-interest, will transform into crazed masses, engaging in crime and even murder so that they might survive another day. This scenario, called “Shit Hits the Fan” (SHTF), is seen as an inevitability within the prepper community.

It is worth noting that survivalism is primarily an American phenomenon. While its roots can be traced back to the 1930s, the constant existential fears of nuclear destruction born during the early years of the Cold War were what truly ignited the apocalyptic imagination of the vast majority of the American population. The 1970s also proved a cultural turning point in the world of individual disaster prevention. This was a time plagued by high crime rates as well as a rise of global neoliberal economic philosophy. Individualistic market solutions were being applied to a multitude of social and non-economic issues. One of these was housing protection; Americans were seeking ways to purchase security for their family against a nondescript criminal threat. While firearms were previously seen as a means to protect Americans from governmental tyranny or as serving a utilitarian purpose such as for hunting, firearms came to be viewed as a means of self-defence and property protection. This market solution to both home defence and nuclear uncertainty resulted in survivalism ballooning into a multi-billion dollar industry in the 1980s, with interest surges keeping beat with Cold War tensions.

While history can provide some answers, the philosophy and psychology that continues to sustain the prepper community is also fascinating. Preppers offer a highly complex critique of society; they seemingly want to reject modernity, while paradoxically engaging in rampant consumerism. This consumerism, however, is seen as just and tactical, especially if it is paired with individual ingenuity — their justified expenditures now are a testament to their lack of reliance on the market later.

According to sociologist Richard G Mitchell, preppers seek to be stuck between a rock and a hard place, prompting them to rely on their own ingenuity to escape. They feel weakened by the ease of modern life, so they construct an escapist fantasy world in which they can be challenged and emerge victorious. Their imagined apocalyptic scenario is constantly impending, yet always comfortably down the road. The future is also often highly convenient to their own current skill set. Preppers tend to fabricate their own disaster scenario, and so are only prepared for that one specific situation rather than disasters in general. This explains, as Mitchell describes, why many preppers were not prepared for the COVID-19 pandemic.

Perhaps the most surprising aspect of the prepper community is that they are, as Mitchell writes, optimistic rather than fearful. Central to their doctrine is the inevitability of these apocalyptic events. Again, this is relatively rational: catastrophic climate change, for example, is almost certainly impending. However, it seems as though preppers do not want to truly mitigate these disasters; they just want to come out on top. This hyper-competitive nature is perhaps no more evident than in many a prepper’s fixation on economic collapse, which they uphold will result in the rebirth of the barter system. This drives many to stockpile items that they believe will hold intrinsic value in such a system, like seeds or gold. When the inevitable collapse occurs, they want to become the economically dominant actors in their community.

Preppers perhaps view the current “labour for capital” monetary system as alienating. However, the prepper’s imagined neo-capitalist system functions as a direct result of individual ingenuity, having secured valuable items in advance. This ingenuity is something the modern system of interconnected abundance lacks. Preppers thus desire a shift away from their alienated condition but are unable to imagine a world outside a hierarchical, capitalistic, market system of abundance. This is a possible explanation as to why a subsection of the prepper community has historically slipped down the rabbit-hole of fascism; that too offers a rejection of modernity and a realignment of the capitalist system based on a small group’s supposedly superior characteristics. As Mark Fisher, in his book Capitalist Realism: Is There No Alternative? states, “it is easier to imagine the end of the world than the end of capitalism.” In the mind of the prepper community, this is absolutely correct.

It also seems clear that the prepper community is highly wary of anything resembling collectivism. Practically all SHTF scenarios result in a dangerous, dog-eat-dog world where violence in defence of family and property remains the only option. The COVID-19 pandemic has been as close to a SHTF scenario as the current population has experienced. It has resulted in economic collapse, civil unrest, and a health crisis around the globe. Many governments were clearly not prepared or equipped to handle such a crisis and millions are economically devastated. However, the system as a whole did not collapse, and, on an individual level, we have not yet fallen into selfish violence. Instead, we have largely reacted by working together to mitigate worsening problems. Only in the most individualistic societies, such as in the United States, have we seen a violation of this principle.

Emergencies are a part of life. This is a certainty. And there are existential threats that need our immediate attention and preparation. There is also no way to sugar-coat it: 2020 has been a year of global chaos and tragedy. The fear of the world ending seems warranted. However, engaging in a libertarian fantasy that involves becoming a market hegemon and heroically fending off the crazed masses with an assault rifle does nothing to mitigate these disasters. Climate change is not going away, and COVID-19 will not end quickly. Surviving this devastating global situation will not be a result of bug-out bags and bullets but of coordination and compassion. Preparing for impending apocalyptic events should mean collective action and structural reform, not individualism and isolation.

Featured image: Forest fire and explosion by Gerd Altmann is licensed under the Pixabay license.