Burn It All Down 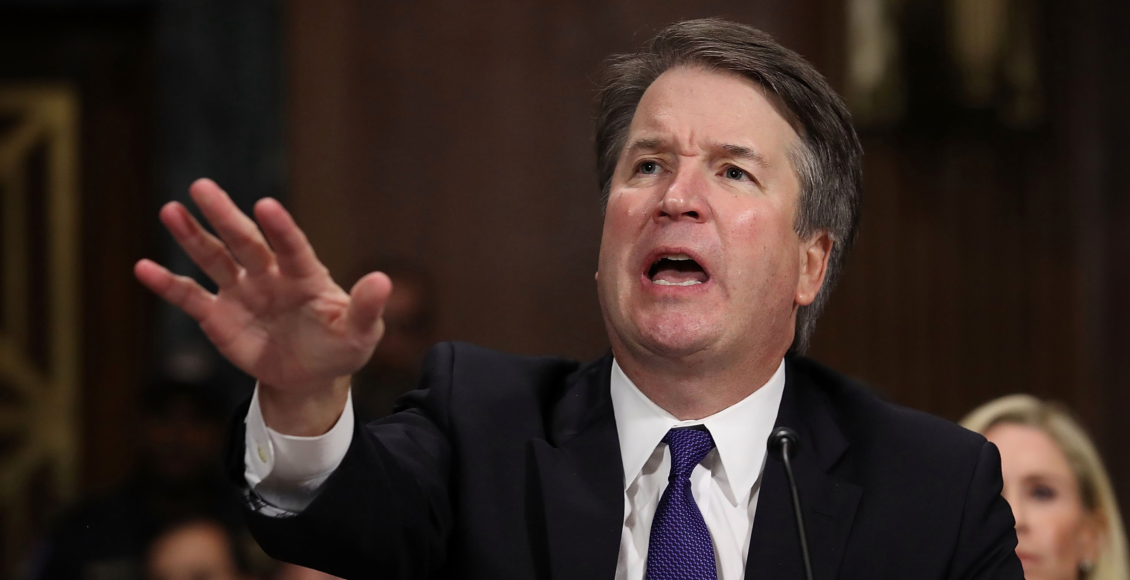 Today, the United States Senate voted by a razor-thin margin to confirm credibly accused sexual assaulter Brett Kavanaugh to the Supreme Court of the United States. Despite Dr. Christine Blasey Ford’s compelling testimony against the judge, and Kavanaugh’s multiple instances of deception in front of the Senate Judiciary Committee, Republican senators lined up to confirm Donald Trump’s nominee. In a deliberative body of 100 people, there were really only around four or five senators that found themselves on the fence about whether to further erode trust in a judicial body that already houses one man credibly accused of sexual misconduct by adding another to its ranks.

A myriad of articles and op-eds have been dedicated to vainly convincing this handful of senators to do the right thing and vote to not confirm Mr. Kavanaugh to the highest court in the land, as though one should need convincing on matters involving accusations of attempted rape, or as though Mr. Kavanaugh had not already proven himself vastly unqualified due to a long, reactionary judicial track record.

As the credits of this political pantomime begin to roll, it is worth considering the legitimacy not only of Brett Kavanaugh’s Supreme Court seat, but also of the entire system that has allowed someone like Brett Kavanaugh – from his alleged sexual assault of Dr. Ford, to originalist judicial philosophy, to his hubristic testimony to Congress – to find himself eligible for a Supreme Court position in the first place. It is certainly democratically illegitimate for Kavanaugh’s nomination to be decided by a majority of senators from states that carry a minority of the US population. Further, even the “resistance” party, the Democrats, saw one of their members, Senator Joe Manchin (D-WV), vote to confirm Kavanaugh, exposing the Party as nothing more than an ineffectual and disconnected group of politicians more concerned with the appearance of civility than they are with mounting a serious opposition to Trumpism.

Emblematic of this fecklessness was Senator Chris Coons (D-DE), who guilelessly worked with his longtime friend, Senator Jeff Flake (R-AZ), in order to halt Kavanaugh’s nomination in light of the allegations made against him. Flake said in a joint interview with Coons that, “oh, yes,” Kavanaugh’s nomination would be terminated if he had lied under oath (despite the fact that he already had). This, of course, did not stop the Arizona senator from casting his vote in Kavanaugh’s favor.

Similarly, Dr. Ford’s serious allegations against Kavanaugh, and his absolutely unhinged testimony before the Senate Judiciary Committee did not seem to persuade Senate “moderate” Susan Collins (R-ME) to vote against the judge’s confirmation to the Supreme Court. Collins’ previous proclivity for sharply denouncing sexual misconduct seems to have gotten lost in the wash when it comes to Kavanaugh.  At least what Senator Collins lacks in consistency she makes up for in exposing the ruthlessness of the ruling class.

Many view the drama unfolding before our eyes as an indictment of the American political system wherein the fate of 325 million people is in the hands of one man credibly accused of sexual assault, whose confirmation has been cynically advanced by a few dozen senators. How can a democracy be affected so strongly by so few people? The answer, of course, is that this system is not democratic; it should be burnt down, and rebuilt from the ground up. That anyone spent an ounce of time hoping Senators Flake, Manchin, or Collins would do the right thing and deny Brett Kavanaugh a Supreme Court seat should be a deeply disturbing phenomenon to any ardent democrat. This line of thinking is, in fact, hopelessly undemocratic because it defers popular power to the wealthy and powerful who clearly do not care about the rights or needs of women, workers, minorities, or the environment. Then again, why would they? The screams of the people have seldom mattered to the upper echelons because of how isolated they are from the consequences of their actions.

In a world where politics has reached a boiling point, decorum, civility, and cooperation with the ruling class all prove ineffective. This is because politics is about power, as many of the Senate cynics have proven. Politics is about ensuring that your side has power and the other side does not. It is about realizing your political project, and ensuring that groups hostile to this project are erased from the political landscape. To think otherwise is to attempt to share the political realm with people like Brett Kavanaugh, who has proven himself a natural enemy to abortion rights, health care, unions, and other forms of popular power. To share power with someone like him is to give him the ability to enact his own agenda, which he certainly will, with impunity, once he takes his seat on the Court.

There is no space for individuals like Brett Kavanaugh or his Senate Republican defenders in a world worth living in, and so it is futile to allow them to participate in the political realm just because they have law degrees from Yale, and it is useless to work with them just because they carry the title of Senator. Their moral bankruptcy supersedes any impulse we might have to extend a cooperative hand in good faith, because they will never do the same. Senate Majority Leader Mitch McConnell (R-KY) knew this much when he spent two years shamelessly obstructing Barack Obama’s Supreme Court nominee, Merrick Garland, and he knew it today as he cast his vote in Kavanaugh’s favor.

Cooperating with individuals like McConnell should not even be a question. They deserve to be removed from office. They have earned disrespect and harsh confrontation from their constituents. And as such, the American people should organize itself to completely disempower these people politically, and to make sure that they do not go a day without being reminded of the crimes they have committed against the public.

We get nowhere by being civil to the heartless, and we dig ourselves a deeper hole as we try to work with them or see their humanity. Even worse, we give up any agency we have as political animals by hoping and dreaming that the interests of the elite class will line up with our own, or that it will act with some form of moral conscience when all precedent demonstrates the opposite. Such thinking is the politics of meekness, which will find itself with the short end of the stick as the raw face of power bulldozes it to the sidelines.

And, tellingly, as the Kavanaugh circus unfolded this week, we saw many people gave up the masquerade of civility and courageously challenge the powerful. We saw this from the woman who fiercely confronted and shamed Jeff Flake in an elevator for what his vote would mean for sexual assault survivors like her as he refused to look her in the eyes. We saw courage from the dozens of constituents who sent coat hangers to Susan Collins’ office in order to remind the Senator, noted for her supposedly moderate stances on issues like abortion, of the grim future for which she was casting her vote. These brave attempts to hold elected officials accountable ultimately failed through no fault of their own, but they did demonstrate one thing: we can no longer entertain the fantasy that the elite class will save us from the seeds of destruction that they have sowed.

We must expect this salvation from ourselves. We belittle ourselves by giving institutions like the Senate or Yale Law School any deference, by supporting individuals as morally bankrupt as Joe Manchin, or by cooperating with the Republican Party. It is the people themselves that deserve their own respect, and they do so by organizing resolutely to take power away from those who would use it for violence and exploitation, and by ensuring that these individuals never see the political light of day for the rest of their lives.

We begin to take back our power by starting from scratch, from a position where it is the democratic public that shapes its own destiny, and not one senator from Maine. Because that’s what politics is. It’s about gaining power, and using that power to take care of your own. Susan Collins knows it. Jeff Flake knows it. The Republican Party knows it. And today, Brett Kavanaugh knew it. Why don’t we?