Burundi: the Other Refugee Crisis 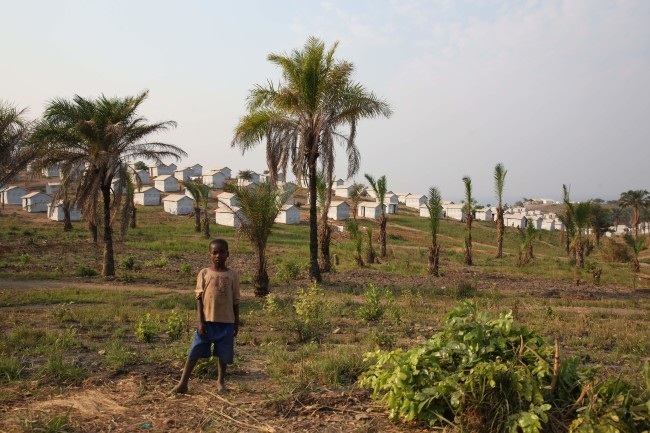 Tensions arose in April 2015 when President Pierre Nkurunziza announced that he would run for a third term in office. Although opposition leaders condemned his act as unconstitutional, the Constitutional Court upheld his decision in May, amid allegations that judges had been intimidated. Tens of thousands fled while protests erupted and a military coup failed. In July, President Nkurunziza won the election with 70% of the vote. Opposition leader Agathon Rwasa, who boycotted the election, called the polls a “joke” and Amnesty International accused government authorities of repressing demonstrations “as if they were an insurrection”. In November, the UN raised concerns that “it is less equipped to deal with violence in Burundi than it was for the Rwandan genocide”. At least 130 people were killed in December, with 87 people killed execution-style by government forces in the capital city Bujumbura. In January 2016, Amnesty International released satellite images that are believed to be mass graves connected to the December killings, and Unicef officials reported an increase in sexual and gender-based violence in the capital. The UN High Commissioner for Human Rights, Zeid Ra’ad Al Hussein, warned that “a complete breakdown of law and order is just around the corner”.

By this time, more than 240,000 people have fled Burundi to the nearby countries of Tanzania, Rwanda, Uganda, and Democratic Republic of Congo. While Burundi was already rated as the hungriest country in the world, malnutrition and starvation have increased. Additionally, the lack of basic necessities, such as essential medicine, in refugee camps, and the looming threats of malaria and cholera have created a dire situation. As Unicef officials urged people that, “Even without any more violence, there will be a major crisis, so the time to invest is now – not when it’s too late … There’s no way that the people of Burundi can survive with all of this support being pulled out.”

After the African Union announced its decision to deploy 5,000 troops to protect civilians in Burundi from the escalating violence between government and opposition forces, President Nkurunziza threatened to retaliate in response. In February 2016, Burundi refugees accused the government of infiltrating a Tanzanian refugee camp run by the United Nations in an attempt to kill and abduct opposition supporters. Although the Burundi government denies these allegations, people in a refugee camp in northwestern Tanzania told Al Jazeera that the camp lacks adequate security and they live in fear that members of the Burundian government militia are hiding among them. One man explained how he and others were tied up, put on a truck, and driven away by government militia. He and his friend escaped and ran towards the Tanzanian border, but encountered more militia who killed his friend. He managed to narrowly escape through the border. Other people told reporters that in November dozens of Burundians were tricked into leaving the refugee camp. Believing that they were joining an armed opposition group in Burundi, most members of the group were instead killed in a trap set government-backed armed groups. Additionally, a recently leaked UN report accused Rwanda of recruiting Burundian refugees and training them to fight against President Nkuruziza’s government. Rwanda denies the allegations.

While much media centers around the European migrant crisis, particularly on Syrian refugees, there is another refugee crisis that deserves the world’s attention, and response and/or commitment to action and aid. Although there are more than four million Syrian refugees and over 7.5 million people internally displaced persons, at least 240 people have been killed and almost 260,000 people who have fled violence in Burundi. Although the figures for the situation in Burundi are small, relative to the figures for the crisis in Syria, why should the figures matter? There are still hundreds of lives lost and hundreds of thousands ravaged by the violence and insecurity. Just because even more people are suffering elsewhere, why does that minimize the suffering occurring in Burundi? It could be said that no one desires or attempts to minimize this suffering, but I believe that, whether intentional or not, by focusing on the European migrant crisis and not privileging the stories of Burundian refugees, Western media thereby implies that the Burundian refugees are less important. Could this be due to a racist inclination of the white press and its audience to care more about those who look like them, and to be numb to violence enacted against others who seem foreign and different? The purpose of this article is not to analyze whether the response to the crisis is racist, but rather to inform people about an alarming situation that they may not have heard about and to compel them to not only care, but also to think critically about the representation of and the response to both situations.

Given the history of genocide and civil war in Burundi, two former presidents warmed the United Nations Security Council that Burundi “runs the risk of becoming another Rwanda“. However, some people resist calling the current situation in Burundi genocide for fear that “the spread of such alarmist rhetoric can undermine the chances for a peaceful and diplomatic resolution to Burundi’s problems”. Emphasizing that the current crisis is not motivated by ethnic tensions, but rather by political forces. Jordan Anderson, lead Burundi and African Great Lakes analyst at IHS Country Risk and IHS Jane’s, urges people to take note of the cross-ethnic nature of the opposition. Despite fact both the crowds were composed of both Hutu and Tutsi protesters, government officials have painted the resistance as a ‘Tutsi cause’ in opposition to the ruling CNDD-FDD party, which emerged from Hutu youth militia. CNDD-FDD officials have added to ethnic tensions with claims (partly supported by the leaked UN report) that the rebel opposition groups are supported by Tutsi-led Rwanda. Anderson argues that highlighting ethnic tensions is an attempt of CNDD-FDD leadership to “polarise the conflict along ethnic lines and thus rally the Hutu majority to Nkurunziza’s cause.” The effects—notably the systematic targeting of Tutsi youth in December’s executions, where Hutus were mostly spared—seem to be a strategic attempt to eliminate the threat posed by the cross-ethnic composition of opposition groups.

While these criticisms are important to keep in mind, it seems that quibbling over the correct terminology for this crisis—whether it be genocide or not—is a misdirected effort. Although genocide by definition protects national, ethnic, racial, and religious groups, the fact is that hundreds of people have been killed and hundreds of thousands are displaced, forced to flee violence in their home country. Regardless of whether the situation fits the precise definition of genocide, the warnings still serve the same purpose: to get the world to pay attention and care about the violence and atrocities that are occurring in Burundi. The fact of the matter is that President Nkurunziza’s response to the African Union’s decision to send peacekeeper troops and the allegations that government militiamen are hunting down opposition supporters in the refugee camps in other countries suggest that this situation will only continue and worsen if drastic measures are not taken. Immediate action must take place if we are to prevent more suffering and terror before it becomes something tantamount to “another Rwanda” or Syria.