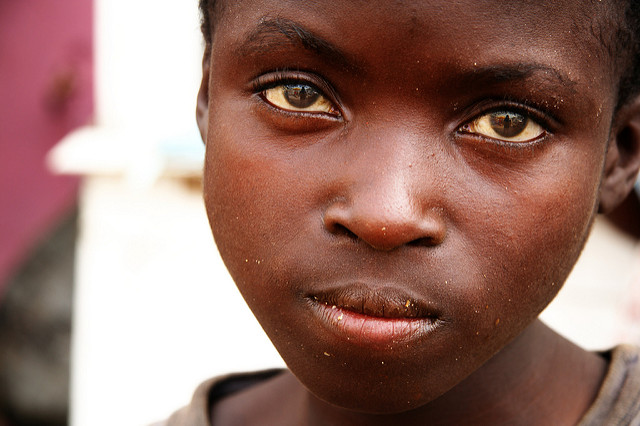 On January 17th, Internet services in the southwest, and northwest regions of Cameroon were shut down. While it has yet to respond to inquiries, many believe that this was an attempt by the government to silence dissenters in the Anglophone regions of the country.

A Country Divided Along Linguistic Lines

Although French, and English are both official languages in Cameroon, protesters in the English-speaking regions claim that they have been marginalized by government policies. Activists say that the English-speaking minority, which constitutes 20% of Cameroon’s 23 million population, is often excluded from high civil service positions, and that many government documents are published solely in French. Most official recruitment examinations are in French and poorly translated into English, thus disproportionately affecting Anglophone Cameroonians, as pointed out by the Cameroon Teacher’s Trade Union, CATTU. English-speaking lawyers also take issue with the employment of French-trained court workers who lack an understanding of the English common law system. According to Edna Njilin, secretary general of the opposition Cameroon People’s Party, “We have problems with water, roads, and healthcare not being delivered […] We don’t want our teachers delivering lessons in French.”

When widespread protests over the use of French in courts and schools were staged in December of 2016, more than 100 people were arrested, and at least one person was shot dead. These violence further fuelled protests by two influential activist groups – the Cameroon Anglophone Civil Society Consortium (CACSC), and Southern Cameroons National Council (SCNC), which were banned shortly after on charges of terrorism. On the same day, a little over a month ago, Cameroon’s English-speaking provinces lost their access to the Internet. The Internet, especially social media has been largely used by activists to mobilize support for protests, and demonstrations. Thus, this blackout seems to be a knee-jerk reaction by the government to quell dissent, and regain control.

Attack on the Right to Free Speech

According to UN expert, David Kaye, the Internet shutdown was an “appalling violation” of the right to freedom of expression. “A network shutdown of this scale violates international law – it not only suppresses public debate, but also deprives Cameroonians of access to essential services and basic resources,” he said.

Since a government corporation, Cameroon Telecommunications (CAMTEL) has sole proprietorship of the country’s optic fibre network, it is difficult for private mobile network, and service providers to reach their customers directly. Some subscribers say that they have received messages from MTN Cameroon, a leading operator, referring to “circumstances beyond our control.”

However, this is not the first time an Internet blockade has been used to stifle protest in the continent. Many partial or full shutdowns by African governments in Ethiopia, Gabon, the Gambia, Morocco, and Uganda point towards a disturbing trend. Governments claim that these actions are necessary to prevent violence, and stop the spread of false election results. However, most experts consider them an attack on opposition and free speech in general.

In fact, Cameroon’s Internet shutdown has triggered a social media movement in other regions of the country, and beyond. The #BringBackOurInternet hashtag has been used to highlight the issue on twitter and has caught the attention of public intellectuals such as Edward Snowden. According to Snowden, “This is the future of repression. If we do not fight it there, it will happen here.”

Moreover, the step has devastated the business environment in Cameroon’s English-speaking regions. The campaign group Internet Sans Frontieres estimated that cutting the Internet had cost businesses up to up to $723,000 in the first two weeks. Particularly in the city of Buea, lauded as the “Silicon Mountain”, the shutdown has been extremely damaging for tech-based startups. According to Otto Akama, community manager of ActivSpaces, a tech hub, and incubator, “We have empty offices all over the city. All tech companies are down. Most banks are down, and ATM machines are not working so people don’t have access to cash”. Some entrepreneurs are reported to have relocated temporarily to Douala or Yaounde, where the internet is available. However, smaller companies with lower budgets are likely to suffer tremendously due to this decision.

In today’s day and age, the Internet is not only a source of information, but also a facilitator of livelihoods, effective communication, and even monetary transactions. Last year, the UN passed a non-binding resolution, and added a section to Article 19 of the Universal Declaration of Human Rights (UDHR), referring to Internet access as a human right. While much attention has been focused on the recent attacks on news media in the USA, internet shutdowns are a greater danger for free speech, since they block each and every citizen’s access to information and freedom of expression. As Anglophone Cameroonians wait to regain their Internet access, the international community must find a way to tackle this growing challenge.