Can Andrew Yang Become the Next Mayor of New York City? 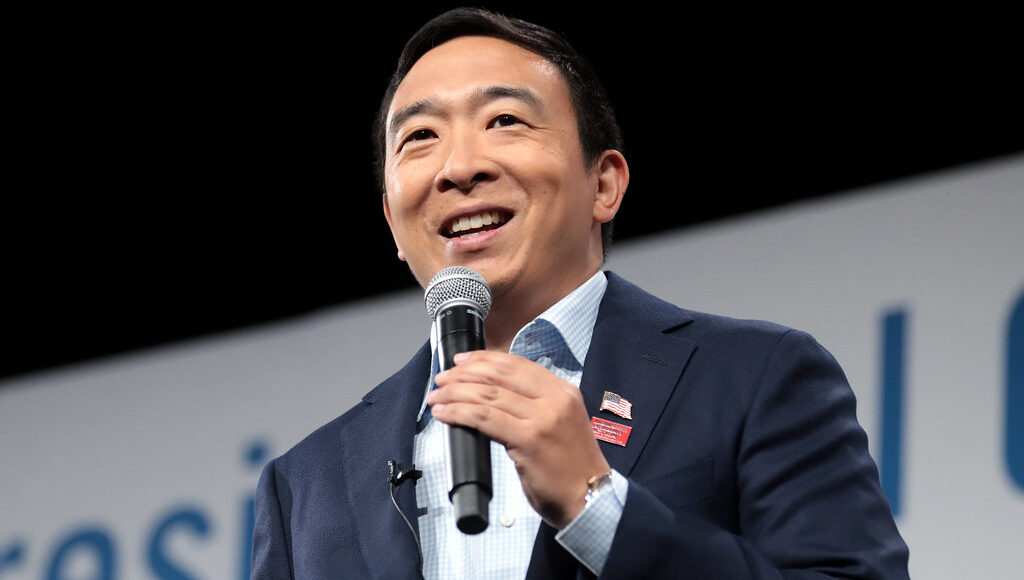 A little over two months out from the New York City mayoral primary, previous presidential hopeful Andrew Yang is making a serious case to become the mayor of the city. His powerful name recognition and platform of universal basic income have made him a front-runner in the polls and a real contender. Yang’s resume consists of being an entrepreneur, nonprofit founder, CNN commentator, and podcast host, though he lacks any previous connection to New York City politics. The question remains; is there a path for Andrew Yang to earn the support of New Yorkers and make a name for himself in NYC’s politics?

In 2021, key issues will revolve around the economy, education, transportation, and the inequality exacerbated by the COVID-19 pandemic. However, some worry that voters will be too distracted by the transition in Washington DC, the pandemic, and unceasing controversies around New York Governor Andrew Cuomo to vote. In recent history, NYC municipal election turnout has been abysmal. In 2017, incumbent Bill de Blasio was elected with only 24 per cent turnout. The outcome of this election will rely almost entirely on the ability of interested parties to mobilize undecided and new voters.

In the limited polling done to date, Yang appears to be the definite front-runner. This is primarily due to his high degree of name recognition from his 2020 presidential run, drawing significant support from young people. At this point, polling is limited and less reliable, with 50 per cent of Democratic voters reportedly still undecided. City-commissioned polling has Yang leading with 16 per cent support. The Yang campaign has cited internal polling estimating that he has claimed 25 per cent of all first-choice votes with the new ranked-ballot voting system. Yang’s closest opponent and the only other competitor with double-digit support is Eric Adams, the current Borough President of Brooklyn, at 10 per cent popularity. In terms of sheer name recognition, Yang takes the cake at 85 per cent among New Yorkers even compared to staple NYC political candidates Adams and City Comptroller Scott Stringer, both recognized by two-thirds of New Yorkers polled. Finally, as will be explored further, ranked-choice voting has made the electoral environment even more uncertain.

Building on the race for President

Yang entered the 2020 Democratic primaries also as a long-shot outsider, championing a monthly Universal Basic Income of $1000 to every American adult and rethinking economic metrics of economic success to support workers through rapid automation. He garnered impressive support with the formation of the “Yang Gang” consisting of a younger demographic online. This exposure has left Yang in a unique position to gain the support of voters. Yang spent the start of 2021 in Georgia, campaigning for Democratic Senate candidates. Earlier this year, Yang’s name was floated as a potential Biden cabinet secretary, and he also lobbied for stimulus relief in DC and appeared frequently on CNN as a political consultant. These engagements provided Yang with more attention than all of his opponents, but in ways untraditional for NYC mayoral candidates. Taking to the national stage has certainly benefited Yang in strengthening his social media presence and fundraising. In his presidential run, he raised $42 million from grassroots donors and will hope to bring in more young people and new voters this time around. His national presence has also left him with a larger network and reach than most mayoral candidates, exemplified by the fact that Martin Luther King III was recently hired as co-chair of his campaign.

Since passing as a ballot measure in the 2019 NYC elections, ranked-choice voting is to be used in all primary and special elections for local offices beginning January 1, 2021. This mayoral primary will be the first citywide election where voters will be able to rank up to five candidates, with a candidate needing to receive more than 50 per cent of the votes to win, or more complex tabulating will be required. If no candidate receives more than half the total vote, the lowest-ranking candidate’s votes will be eliminated and redistributed based on the next preference of the voters who supported them. These rounds of elimination and redistribution will continue until there are only two candidates left. Then, the candidate with the most votes will win. This new approach is intended to give voters a say in who gets elected by ensuring the candidate with the broadest appeal becomes mayor, rather than voters choosing lesser evils and being forced to employ strategic voting. However, it may also place a greater burden on candidates to educate voters about how the system works and the value of ranking beyond a first choice.

Further confusion may also arise as New Yorkers are accustomed to September, not June primaries. The date was changed back in 2019 as an attempt to boost otherwise disappointing voter turnout by matching municipal primaries to the federal ones that year. In the last mayoral primary, out of the 3.2 million registered Democrats in New York City, only 650 000 turned out at the polls. This election will heavily depend on motivating and mobilizing voters to show up. Given the ongoing pandemic, there are limited ways to reach out. Traditional campaign methods like door-knocking or greeting subway riders are less feasible and worthwhile.

Yang as a political outsider

In his mayoral platform, Yang is proposing the biggest implementation of UBI in the country, as well as initiatives to improve broadband internet access and the establishment of a “people’s bank of New York.”

Nonetheless, his campaign has been plagued with several much-scrutinized gaffes and out-of-touch comments by Yang. In January of this year, amid the pandemic, Yang relocated from his NYC apartment to a vacation house upstate. In response to criticism, he justified the move, saying in an interview of his family, “We live in a two-bedroom apartment in Manhattan. And so, like, can you imagine trying to have two kids on virtual school in a two-bedroom apartment, and then trying to do work yourself?” In February he faced more rough headlines accused of “using people as props” after publishing a campaign video set along a food bank line.

Former staffers alleged facing a “‘bro culture,’ bullying, and sexism” on Yang’s presidential campaign. Staffers and volunteers for the federal and mayoral campaigns were required to sign NDAs, a practice that ended after outcry this February. Yang has also publicly stated he has never voted for mayor of NYC, despite living in the city for 24 years. He will face an uphill battle seeking support from New York elected officials, labour unions, and neighbourhood activists. Beyond this, and given trends and turmoil around political coverage of Trump over the last four years, however, it is unclear if these headlines and endless punditry will dent public support for Yang.

As it stands, Andrew Yang is leading, but this is an unpredictable race hinging on undecided and first-time voters. In the 2013 mayoral election, current Mayor Bill de Blasio had insignificant media coverage and dismal polling as close as three months before the vote, but went on to win the contest. By the primary on June 22, 2021, the New York political landscape may have shifted significantly, depending on the spring push of candidates’ TV ads. Keith L.T. Wright, the leader of the New York County Democrats, predicts that, “the first one who’s able to break through and get the attention of those undecideds [will] probably become the winner.”