Can the EU Rise to the Challenge of Illiberalism? 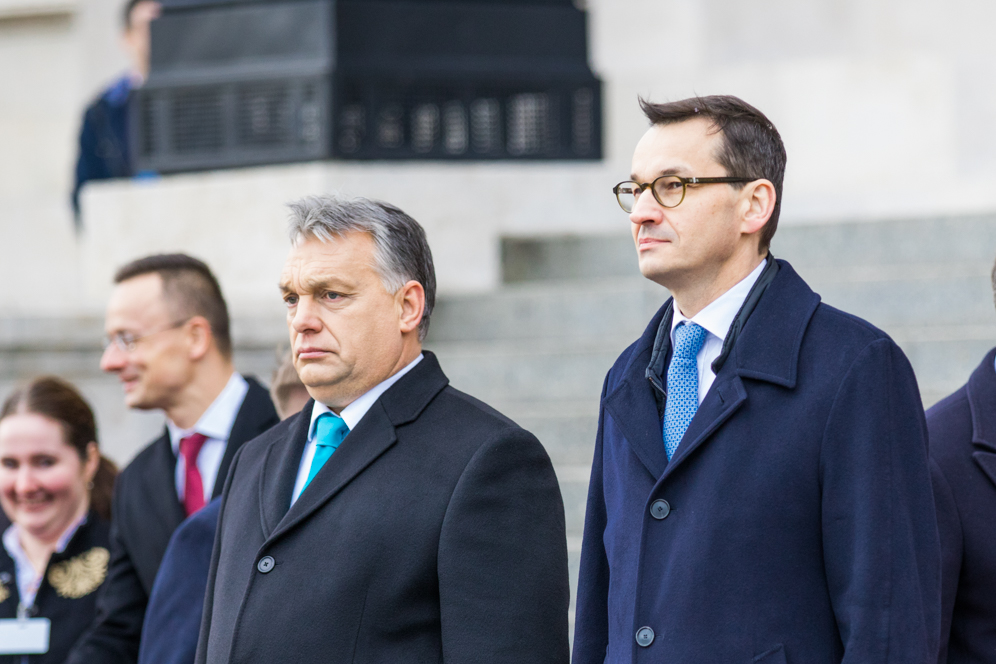 Europe—and the world at large—has seen a rise of what some call ‘illiberal democracies’ in past decades. They are a type of hybrid regime which establishes elections, thereby respecting a minimalist definition of democracy, while disregarding the liberal values often associated with it. Some of the best examples of such regimes are Singapore, Russia, and Turkey, but they are also present in the European Union of all places, constituting a threat to its mandate and very existence. For now, the only EU Member States labelled as such are Poland and Hungary. The key phrase here, however, is “for now”, as there are risks that this phenomenon may spread, what with rising concerns over Eastern European states, and some political scientists even suggesting it could happen to Germany. The EU must prevent this from happening, as a failure to do so could put its very existence at stake.

Back in June 1989, Hungary reburied Imre Nagy and other leaders of the 1956 uprising as a result of the Glasnost policy put forth by Gorbachev’s USSR. At this occasion, a young man, Viktor Orbán, emerged and gave a speech calling for free elections, the end of communism, and Soviet withdrawal from the country. The speech would propel him and his party, Fidesz (Alliance of Young Democrats), to the forefront of Hungarian politics for decades, until they eventually won the parliamentary election of 2010. Now serving as the country’s prime minister, Orbán, who had previously seemed to be one of the main proponents of democratization, instead sponsors policies and rhetoric that suggest his position has changed on a number of subjects.

Since 2010, Orbán’s government has made several controversial policy decisions; the most notable being perhaps the drafting of the new Hungarian Constitution in 2011, which had not been renewed since the formulation of the 1949 Constitution, drafted by the communist regime at the time. Although it may have seemed progressive to erase the last remnants of an oppressive Soviet regime, the new document and the amendments made to it over the years have raised significant criticisms both from within Hungary as well as from abroad. Indeed, many measures appear to lower the rule of law by decreasing the power of the Constitutional Court, tightening Fidesz’ grip on power, and threatening human rights while stealthily ensuring that they are not infringed upon directly so as to avoid serious backlash from the EU and international institutions. Moreover, Orbán has been more than outspoken regarding his hostile position towards immigration and his refusal to take in refugees, all while the refugee crisis barrages Europe. He has also spoken against the concept of a ‘European nation’, expressing his strong distrust of European institutions and organizations.

Though the Hungarian government claims to be committed to European standards and shared values, Orbán nonetheless expressed his wish to build an ‘illiberal state’ within Europe in a speech in 2014. Citing successful states like Russia or Singapore as examples, he claimed that this new kind of state “does not deny foundational values of liberalism…but it does not make this ideology a central element of state organization.”

In the Polish case, the biggest problem lies in the judicial reforms led by Mateusz Morawiecki and his government. These reforms considerably lower judicial independence and the rule of law by lowering the retirement age (a measure commonly used to remove problematic judges), giving the executive power to prolong Supreme Court judges’ mandates and removing the independence and legitimacy of the Constitutional Court. Yet another controversial decision taken by the government is the logging of Białowieża forest, an action which blatantly defies the European Court of Justice and its ruling which called on Poland to suspend the practice.

Poland was, for a long time, considered to be one of the most successful cases of democratization in the post-communist region, with a succession of governments dedicated to democratic consolidation and European integration (former PM Donald Tusk is even the current President of the European Council). Given this decidedly democratic past, the current Polish reforms are even more unexpected. It has since become the black sheep of the EU, becoming the subject of much criticism and facing threats against its privileges as Member State. Article 7(1) has already been activated against the country, giving it a serious warning and three months to take the necessary steps which include restoring the independence of the Constitutional Court, going back on reforms such as the lowering of retirement age for judges, and not further undermining the legitimacy of the judicial system. In the case that this does not happen, Article 7(2) would subsequently be activated, effectively restricting Poland’s privileges in the EU, and possibly taking away its voting rights.

As for the European Union, Hungary and Poland’s drift away from the common values of liberalism it so strongly espouses raises a serious question of credibility. Although Orbán and Morawiecki’s governments and policies have been criticized many times over by EU officials, no concrete measure has been enacted in attempts to remedy the situation. The Union makes the criteria of membership very clear, but if it does not have the tools at hand to keep its Member States in line, then how can it stay credible in its role as guarantor of democracy?

The main enforcement mechanism available to the EU is Article 7 of its Treaty, stating that if one of the Member States were to find itself in violation of the common values laid out in Article 2 of the same Treaty, the European Council may decide unanimously to suspend some of its rights in the Union. This article has recently been used as a threat to Poland especially. However, as Portuguese politician and former member of the European Parliament Rui Tavares explained in an interview, the article was written in a “very optimistic scenario where you have one problematic country in the EU and all the other countries do what they should in order to address this.” Unfortunately, this is not the scenario we are facing today, as Poland and Hungary have vowed, on various occasions, to veto all attempts to use this article against one of them. Another—more extreme—alternative would be to cut the countries’ fundings altogether, since approving the Union’s budget does not require a unanimous vote. Although Jean-Claude Juncker, President of the European Commission, has spoken out against this measure, some states have already called for it and even the EU Budget Commissioner, Günther Oettinger, has suggested it could be a possibility.

This is undoubtedly a challenging time for the EU, with Brexit on one hand and the rise of illiberal democracies on the other. In order to rise to these challenges, the EU must reevaluate itself and may have to take drastic measures in order to save its credibility. Failure to do so may lead to the spread of more partial democracies and, in the most extreme scenario, the fall of the EU as we know it if Member States were to one day find illiberal regimes more appealing than the status quo, in turn making the Union obsolete.

As it claims to be founded on “the principles of liberty, democracy, respect for human rights, fundamental freedoms and the rule of law,” could the EU’s existence be justified if such values are openly ignored by Member States? These are issues that need to be further examined, especially as the EU readies itself to integrate two Balkan states, Serbia and Montenegro, by 2025, both entering not without their own challenges. This will only be a successful expansion for the EU if its existing problems are addressed — and the spread of illiberalism should be at the top of the list.