Can You Vote Out A Fascist? 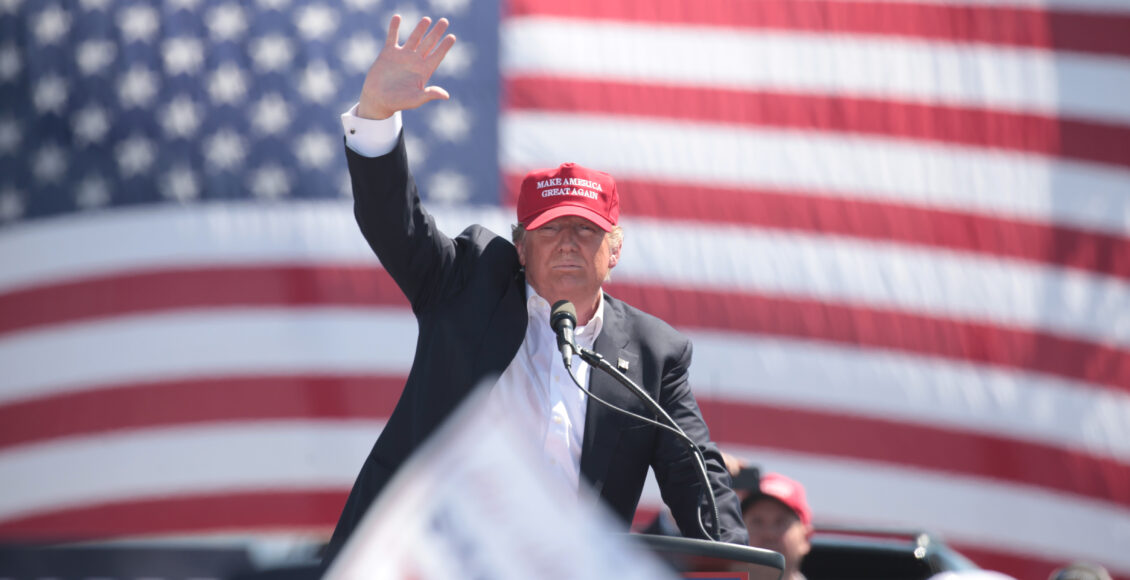 Donald Trump has lost his re-election. With Joe Biden taking the lead in Pennsylvania and Georgia, there is no path left for the former game show host-turned-president. Despite Trump’s petulant whining and baseless claims of election fraud, this seems to be his curtain call.

Disputing the results of free and fair elections — voter suppression notwithstanding — is rightfully worrying to any stalwart of democracy, but to many Democrats, it is no matter at all: Biden’s decisive win means our four-year nightmare is over! The orange aberration has been defeated, and though he will not go quietly, he will inevitably sail off into the night, right?

If only it were that easy.

You cannot vote out a fascist — at least not for good. Donald Trump himself may not occupy the office of the presidency for much longer, but his anti-democratic stench lingers in the actions of his supporters and enablers. Though they seem clumsy in light of Biden’s strength across the electoral map, attempts to discredit the election process and encourage political chaos are now part and parcel of Republican attempts to retain power.

Some Republicans are already echoing the president’s fabrications in softer, pastel tones. Ted Cruz went on television to lie about Democrats supposedly barring Republican election observers from ballot-counting stations. House Minority Leader Kevin McCarthy falsely declared that the president had won the election and implored supporters, “do not be quiet, do not be silent about this. We cannot allow this to happen before our very eyes.” What “this” refers to goes unmentioned, but the underlying message is clear: If you feel wronged by the outcome of this election, go out and do something about it.

Many are already doing something about it. Gaggles of Trump supporters — some of them armed — have gathered outside ballot-counting offices in Arizona and Michigan to intimidate election workers, chanting “count the vote“ or “stop the vote,” depending on where the president happens to be ahead or behind his opponent. Even the NYPD resorted to violence and thuggery to defend their chosen candidate’s honour in riot gear. Officers used “kettling“ techniques to corner demonstrators and incite violence against them within tight spaces, against “count the vote” protesters. Further escalations to violence are not unthinkable in light of recent precedents set by the likes of Kyle Rittenhouse, who felt wronged enough by anti-police protests to commit murder.

Trump supporters gathering in Arizona and Michigan to intimidate election workers. Via Twitter.

These ruffians aren’t the first example of right-wing political intimidation and carnage impacting the result of an election. During the 2000 presidential election recount in Florida, the Brooks Brothers riot saw hundreds of paid Republican Party operatives descend upon a Miami-Dade election canvassers’ office to physically and verbally intimidate the canvassing board, falsely alleging fraud in the recount process there. The riot was an act of political barbarism successful in halting the recount efforts in Miami-Dade and eventually in handing the 2000 presidential election to George W. Bush.

The Brooks Brothers riot was, then, an example of right-wingers understanding how power works. The Democrats filed court challenges and made moral denouncements of the rioters. They followed the rules. But in the end, the recount was halted. It did not matter if fraud was taking place in the canvasser’s office as long as the GOP could muddy the waters around recount efforts enough to prevent the Democrats from winning. In other words, power is messy and often involves resorting to messy tactics to get what you want. This is a lesson that the Democrats did not understand when they pitifully conceded the 2000 election to Bush, and it is a lesson they continue to ignore.

Union organizer Jane McAlevey explains that as a liberal party, Democrats believe that their only recourse in contested elections is the legal process and the various rules and procedures that underpin it. But she points out that “for every legal decision that’s made in this country, there’s a political backdrop to it.” So, if Democrats want legal and electoral outcomes to play out in their favour, they’re going to need to hit the streets. McAlevey envisions a broad coalition of local trade unionists and progressives gearing up for a protracted fight on the ground, where the decisions are being made. In many cases, physical bodies will need to be present to make it clear that when elections are held, the results are final: “It’s going to take surrounding the state houses with massive turnouts and holding the line.”

There are other recent examples of this within our own hemisphere. Bolivia recently fought off an attempted coup from the right-wing opposition supported by the United States (fascists look out for each other, you see), and was able to force new elections that saw the return of the socialist MAS party to power. This triumph was possible in part because MAS supporters initiated waves of protests across Bolivia, while labour unions and Indigenous groups set up nearly 150 road blockades, effectively bringing the country to a standstill as food and key supplies were completely cut off.

Bolivian workers were able to resist the right and deliver a landslide electoral win for MAS, but the road from fascist interregnum to socialist victory was not paved through formalistic appeals to vote counting or legal rules, as is done in the United States. Fascism in Bolivia was defeated through the direct action of the working class and racialized groups, who put their bodies on the ground and their lives on the line to ensure that democracy was preserved.

Democrats haven’t gotten Bolivia’s memo. The party and its adherents are devotees to electoralism, basing their entire political strategy around the sanctity and power of casting a ballot. In terms of Trump’s refusal to concede if he lost the election, Biden’s only response was a toothless plea for people to “vote, vote, vote.”

Even as we wait for the final results with Biden comfortably ahead, Kamala Harris has implored supporters to “keep the faith.” In contrast, Biden himself has urged supporters to “stop treating our opponents as enemies.” Even for someone whose conception of democratic participation begins and ends at the polls, it should not be hard to acknowledge that opponents of simply counting votes are the enemies of democracy.

With such an uninspiring message, the Democratic Party is lucky that people did indeed “vote, vote, vote” for their geriatric candidate in such force. However, Biden’s victory was not anywhere close to what it should have been considering that the president has the blood of 230,000 and counting on his hands. Had the margins been closer, it’s unlikely that such a craven opposition party would have the mettle to mount a serious challenge against sabotage from the GOP.

But we needn’t worry about that. Given the margins Biden racked up in a diversity of states that easily give him a majority in the Electoral College, it would seem that any possibility of Trump outright refusing to relinquish power would be foreclosed… Right?

Unfortunately, this is a question to which I do not have the answer. Biden won a clear victory, and there is no evidence to support Trump’s claims of fraud. Even a Supreme Court stuffed with political hacks and religious fanatics would have difficulty handing a victory to a loser, as it did in 2000. To the logical mind, the winner of an election should gain power, and precedent seems to suggest this will happen again in 2020.

But in an era of political spectacle and absurdity, who knows what could happen? The Trump years have eroded any semblance of norms and have ripped the mask off the GOP’s authoritarian proclivities. Whether or not Trump concedes, his fascistic supporters could resort to violence in the streets while the Republican Party encourages the ensuing chaos. We just do not know. But it is doubtful that another round of voting will protect against such dark anti-democratic forces, whether during this election or the elections to come.

Where, then, will true defenders of democracy go? To the ballot box? No — to the streets.