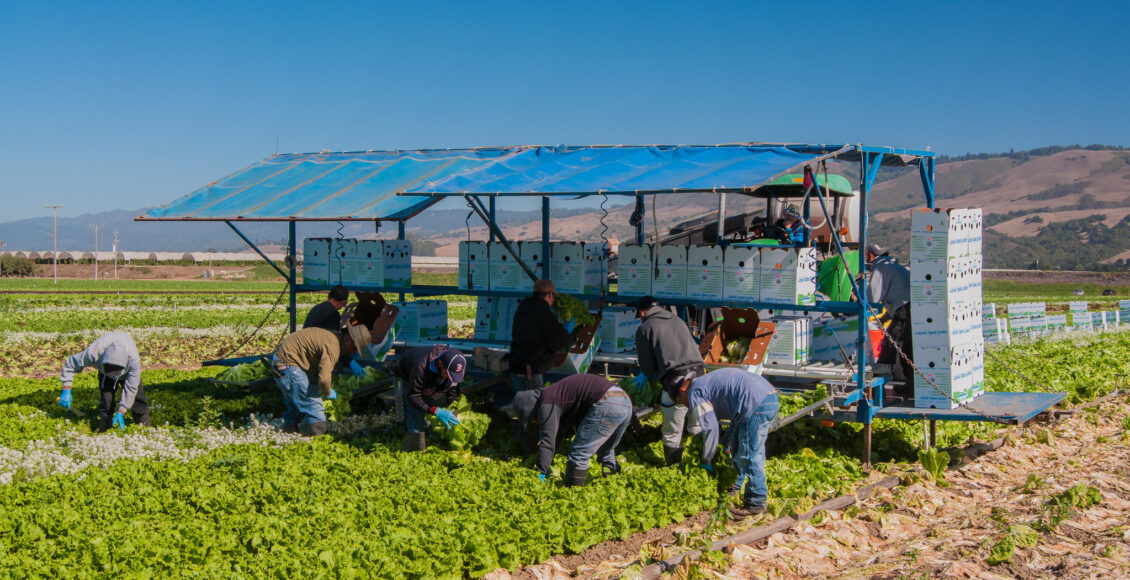 The COVID-19 pandemic has brought into view many large inequities present amongst Canadian communities. Chief among these is the treatment of temporary migrant workers. Annually, nearly 55000 temporary migrant labourers come to work in Canadian agriculture on short-term contracts as part of temporary labour programs. These workers provide vital support to an agricultural sector which has seen decreasing engagement from domestic labour in recent years.

While the recent deaths of three migrant workers from COVID-19 — and the infection of nearly 1000 others — brought forth indignation from many over the poor treatment of temporary migrant labour during the COVID-19 pandemic, the larger issue here stretches beyond the past four months of lockdowns. Similar to other outbreaks of COVID-19 within migrant communities, infection — and death — in temporary migrant worker populations in Canada is rooted in a systematic failure to integrate, support, and adequately protect migrant workers.

In March, the shutdown of Canada’s international borders put an immediate check on the thousands of migrant farm labourers travelling into Canada to work for the summer. This led to an outcry from farmers nationwide, as the expected billions of dollars in cumulative losses due to the lack of temporary migrant labour for the season would have been devastating for the sector. In response, the Canadian federal government waived restrictions on travel for temporary migrant farm workers, allowing them to enter the country, provided they quarantine for 14 days before working. However, upon the worker’s arrival, the government has gone on to take little responsibility for the health and safety of migrant workers. This has allowed for an increase in migrant worker abuse and the spread of several outbreaks within migrant populations.

Until recently, the federal government has neglected to perform any in-person safety inspections of farms, instead relying upon “virtual” visits. Migrant worker advocates have criticized these as ineffectual because of their inability to locate a single case of non-compliance among farms during the quarantining period.  The federal government has also provided little in the way of guidance — or support — to farm owners quarantining workers. The result has been a varied and, often worryingly coercive enforcement of quarantine measures. Some farm owners have threatened to fire workers for leaving bunkhouses during quarantine while others have refused to allow migrant workers to leave or to allow visitors to come onto the farm property throughout the pandemic. One worker recounts a farmer telling him, “If you set one foot off the farm, I’ll be the first one to call the cops.”

More proximately, outbreaks have been driven by unsanitary and cramped living conditions, and farm owners’ neglect of worker health and safety. At Scotlynn Farms in Norfolk County, Ontario, farm workers were housed in up to 40-person large bunkhouses with one bathroom reportedly shared by 45 workers. Workers allege that owners brushed off concerns over their sickness and refused requests for medication, with workers eventually having to call an ambulance themselves for a bedridden co-worker. As of mid-June, more than 200 migrant workers out of the 216 employed at Scotlynn have since tested positive for COVID-19, with one death so far.

A report published in June by the Migrant Workers Alliance for Change highlights the many ways in which migrant worker rights have been violated during the COVID-19 pandemic. Recording 1162 different complaints filed by migrant workers from between March 15 and May 15, the report demonstrates worker concerns over lack of access to food, wages, and health information combined with an increase in reported racist threats and farm owner efforts to surveil and control migrant worker movement.

Today, temporary migrant worker programs are rationalized on the basis of being triple-win scenarios: The worker receives much needed income for their family, the sending country earns needed remittances, and the receiving country gets much needed labour — everyone benefits, and no one loses. In reality however, these programs were historically designed as political compromises used to satisfy both the increasing demand for labour in agriculture while placating local populations’ fears of invasion by foreigners. By concretizing the migrant labourer’s position as temporary, the Canadian government could ensure that largely white rural farming communities in Canada would not feel threatened by shifting demographics, ignoring poor treatment of migrant workers and withholding equal rights.

With such an underlying rationale, temporary migrant worker programs have vastly disadvantaged the farm worker, concentrating power into the hands of the employer and enforcing worker marginality rather than ensuring their wellbeing. This is done through two mechanisms. First, while all programs do provide health benefits and a pension, there is often little information provided to workers on how to access these. As a result, many workers cannot make use of their benefits, leading many to be plagued by chronic ailments. Meanwhile, workers are only hired on short-term contracts, making their continued participation in temporary migration programs conditional upon their current employer’s approval. The system thus acts as a negative feedback loop, with fear over losing a crucial source of income forcing migrant workers into silence.

Between 2009 and 2018, 3100 complaints were submitted by Mexican workers to the Mexican Ministry of Labour on the issues they faced on Canadian farms, reporting frequent instances of worker abuse, rat-infested dormitories, sewage issues, and gas leaks. In many ways, the current crisis at Scotlynn Farms is a microcosm of the broader issues surrounding migrant labour treatment in Canada. Between 2016 and 2018, Scotlynn Farms was mentioned 33 times in complaints by Mexican workers. A 2018 provincial Ministry of Labour inspection of Scotlynn led to four orders for failing to take all reasonable measures to protect workers. Yet past this, no efforts to enforce any changes were taken. The high rates of infections at Scotlynn today are thus best viewed as a result of long-term failures to ensure adequate working and living conditions for migrant workers on the farm.

In response to the pandemic, migrant rights advocates have been active in drawing attention to the ongoing abuse of migrant workers. This has increased visibility, but there is little evidence that concrete policy changes will follow. While advocacy groups call for full access to PR in order to ensure increased protections for workers, there has been little give from the federal government. A recently introduced three-year pilot program promises to provide pathways to PR for up to 2750 applicants a year. However, this program excludes seasonal workers and those in Quebec, meaning that the vast majority of temporary migrants won’t have access. While Prime Minister Justin Trudeau promised to do more to help migrant workers at a press conference in June, time will tell whether or not the federal government will actually take steps to effect broader changes.

Regardless of the government’s stance, the striking disparity between the importance of temporary migrant labour to Canadian agriculture and the treatment that migrant workers get in return is clear. Since the inception of temporary migrant labour programs in Canada, Canadian policy has created a dangerous environment for migrant workers that needs to be addressed — now, more than ever.

The featured image by the U.S. Department of Agriculture is licensed for use under CC BY 2.0.