Canada is Struggling to Keep Pace with the International Community 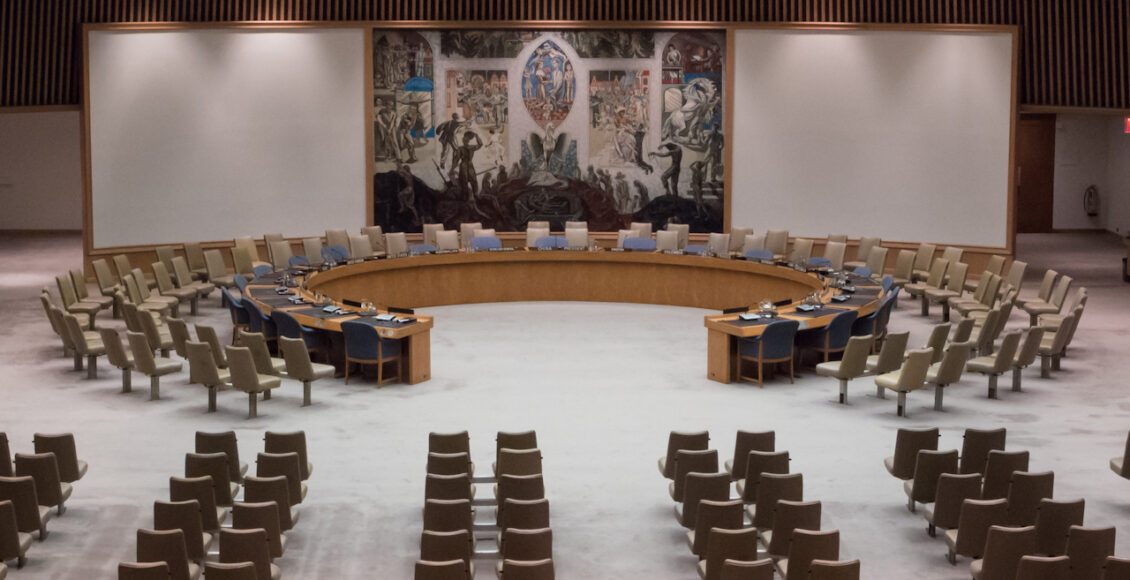 A gift from Norway, the UN Security Council Chamber was designed by the Norwegian architect Arnstein Arneberg and is where the 15-member nations meet to discuss matters of international peace and security.
Share

Canada has an international reputation for being friendly, peaceful, and well-liked — Canadian travellers are often welcomed with open arms by other nations on this basis. However, in the geopolitical arena of international politics, this reputation does not necessarily hold true. The reality of Canada’s position on the international stage had become increasingly transparent in Prime Minister Justin Trudeau’s campaign for a temporary, two-year (2021-2022) term on the United Nations Security Council (UNSC). Despite Prime Minister Justin Trudeau’s diplomatic campaign, on June 17th, Canada fell short of the required 128 votes to earn a seat, winning only 108.

There were several reasons for pursuing the UNSC vacancy: there is a certain prestige associated with membership and also a potential for increased influence on the global stage. Not to mention, the Canadian campaign touted an opportunity to introduce peaceful reform in true Canadian fashion. However, juxtaposed against its competitors, Ireland and Norway, for one of two vacant seats, Canada’s shortcomings in fulfilling its promises to the UN and to the greater international community became starkly evident.

There are several implicit requirements in securing the 128 votes (out of 193 UN member states in the General Assembly) necessary for the UNSC spot. They are not formally enforced as rules per se, but certain foreign policy characteristics drastically improve or damage a nation’s ability to sway the General Assembly. Canada’s disadvantage became evident in its commitment to development aid and peacekeeping missions.

Canada ranks low among the 30 richest nations in the world in terms of foreign development aid, spending only 0.26 per cent of its gross national income (GNI) on UN sanctioned Official Development Assistance (ODA), when the UN target sits at 0.7 per cent of a nation’s GNI. This area of international aid reveals the strengths of Ireland and Norway compared to Canada. Norway contributes a staggering 1.1 per cent of its GNI to ODA and Ireland spends 0.35 per cent. Furthermore, Ireland has committed to increasing its ODA spending to 0.7 per cent by 2030, as outlined in the Irish government’s official policy for international development. Additionally, Canada’s number of peacekeeping engagements is at its lowest point in more than 60 years, with just 35 Canadian military and police officers deployed for peacekeeping operations as of the end of April 2020.

These shortcomings are especially striking given the Liberal Party’s previous promises to contribute 600 military personnel and 150 police officers to increase Canadian support in UN peacekeeping missions. The decline in active Canadian peacekeepers and suspension of overseas operations is largely attributed to the COVID-19 pandemic, but Walter Dorn, a peacekeeping expert at the Canadian Forces College in Toronto, contends that “this Canadian low point is a reflection of Canada’s poor position before the crisis began.” Despite the pandemic, at the end of April, Ireland had roughly seven times the amount of active peacekeepers as Canada, while Norway doubled Canada’s measly 65 personnel. Dorn asserted that Canada’s low involvement in peacekeeping abroad is “highly detrimental to our bid for a seat,” going on to classify it as the Achilles heel of the entire campaign.

On the official government website for the campaign, the headlining excerpt reads, “Canada has a strong voice on the international stage and is committed to the principle that we are all stronger when we work together […] together, real change is possible.” The website lays out several plans for a successful candidacy but fails to encompass the reality of Canada’s involvement in international development in the two decades following its last successful bid for the UNSC. To this end, it becomes clear that Canada is less concerned with the substance and action behind its promises, yet eager to brand itself as a champion for international development initiatives. It is pertinent to evaluate the principles and talking points of the government’s campaign for the UNSC seat. In doing so, the world may hold Canada accountable to its supposed commitments to international efforts, even in the absence of a UNSC victory.

Canada has had a seat on the council six times since the UN’s founding, which roughly amounts to once per decade. The last successful bid was for the 1999-2000 term, achieved on the basis of “human security.” The campaign was led by foreign affairs minister Lloyd Axworthy, and it sought to address economic inequality. Canada’s previous attempt to win a seat in 2010 resulted in the nation’s first UNSC defeat at the hands of Portugal, largely regarded as a major political embarrassment for the Harper government and his legacy. Even a decade ago, many in the Canadian media perceived the rejection to be a kind of unified international disapproval from UN member states concerning Canada’s actions, or lack thereof, in international politics. The actions and sentiments of other nations have revealed that Canada’s influence and respect within the international context has significantly waned in the last two decades.

Canada has been attempting to compensate for its foreign policy shortcomings in the months leading up to the UNSC vote. It has attempted to increase its diplomatic communications with nations in Africa and the Middle East. In February, Justin Trudeau went on an eight day tour of several African nations and attended the African Union conference. Africa had 54 votes that influenced the UNSC voting outcome. Furthermore, Canada reversed its stance on the Israel-Palestine conflict, voting in criticism of Israel and disagreeing with the United States. This signalled a shift in Canada’s Middle East policies and a move away from the small pro-Israel bloc of UN voters, possibly in an attempt to appease a larger amount of voting nations — at the expense of its solidarity with the US.

According to Canada’s permanent representative to the UN, Marc-André Blanchard, Canada’s pitch to the UN relied on emphasizing a commitment to economic security, a principle that would have been central to Canada’s agenda if it had won a seat. Furthermore, Canada had hoped that its international support amidst the COVID-19 pandemic, such as working to keep vital food supply chains open and encouraging multilateral action to ensure food security in regions of the Global South, would increase its chances of securing votes.

It is worth considering the political tribulations of the UNSC and the complicated politics within the arena of the UN. Member states often break their promises to vote for a certain candidate, particularly in the potential second round of UNSC votes, which takes place if no country immediately wins 128 votes in the first round. In Thursday’s vote, Ireland and Norway secured 128 and 130 votes, respectively, while Canada obtained 108. Vote-swaying occurs when smaller nations follow the lead of larger, wealthier nations on whom they may rely for economic aid. In this way, the power of the five permanent members on the UNSC goes beyond their veto abilities, and their influence is pervasive even among smaller voting blocs.

Norway and Ireland secured the two vacancies of the Western Bloc of the UNSC. Still, examining Canada’s bid for the UNSC seat provides an opportunity to take a closer look at the nation’s foreign policy and position on the international stage. Empty promises have proven themselves to be detrimental in the grand scheme of foreign affairs. The nation cannot “smooth talk” itself out of the complexities of international politics or the responsibilities necessary to prove oneself to be a leader — especially if it is not willing to commit to its promises.