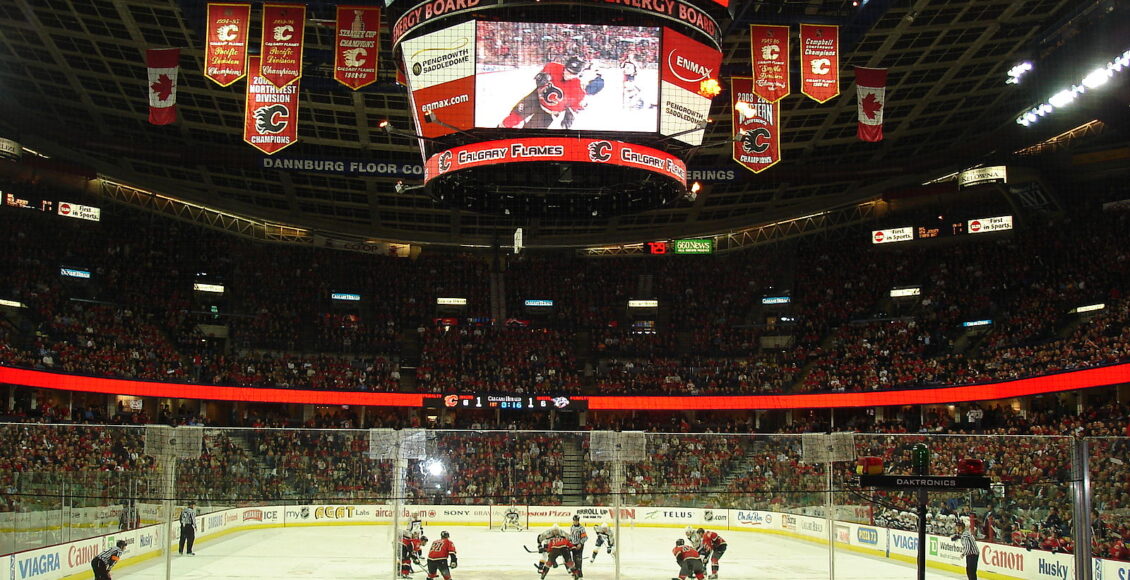 For over 150 years, Canada and the United States have enjoyed one of the closest international partnerships in the world.  The two countries share the world’s longest non-militarized border and have deeply-rooted economic, political, and cultural ties that span decades.  However, the ongoing COVID-19 pandemic has disrupted this once-sturdy relationship. For the first time since Confederation in 1867, the United States and Canada have decided to close the border to non-essential travel, and political leaders from both countries have generally focused on domestic measures to counter the pandemic, rather than international cooperation.  Although the impact of COVID-19 on Canadian-American relations is incredibly complex, we can look to hockey and the National Hockey League’s (NHL) potential return as a microcosm through which to better understand the current state of Canadian-American relations.

The National Hockey League presents a unique perspective into Canadian-American relations. Unlike most other North American leagues that count almost only American teams, nearly a quarter of NHL teams are located north of the border. Canadian television deals and ticket revenues also make up most of the league’s revenue.  However, in recent years, the NHL has been pursuing a “Southern strategy” and expanding in the United States in order to capitalize on a much larger American market. Thus, the NHL is in a challenging position to implement a return-to-play policy that balances the needs of teams, fans, and citizens in both countries.

That, however, has proven difficult as Canada and the United States are reopening their economies at different speeds.  The current plan is for the NHL to start the playoffs in two “hub” cities that each host 12 teams. On May 23, the United States announced that professional athletes would be exempted from COVID-19-related restrictions and allowed to rejoin their teams as soon as possible.  On the other hand, Canadian Prime Minister Justin Trudeau said earlier in May that “at a strict minimum [players] will have to follow all the rules of quarantine” when they enter Canada. Under these conditions, it is highly likely that the NHL will conduct the rest of the season in the United States, depriving parts of the Canadian hospitality industry of much-needed business.

NHL Deputy Commissioner Bill Daly has stated that “in a perfect world” there would be one hub city in Canada and another in the United States but that “there are some challenges in Canada regarding the strict 14-day quarantine imposed by the federal government.” If the NHL does decide to play the remainder of the season in the U.S., it could serve as a bellwether for other businesses to divert their interest to a re-opened United States rather than a shutdown Canada. Such large-scale economic movement has the potential to give the U.S. more power within a relationship where they are already by far the strongest partner. Both countries face a careful balancing act in reopening their economies, with Canada continuing cautious public health measures relative to the U.S. Over the weeks and months to come, it will become clear which approach is best.

The challenges currently facing the NHL also highlight the important role played by local politicians in determining bilateral relations. The current proposal to have two “hub” cities that host games implicates municipal, provincial, and state officials in the decision to restart the season. Some states, such as Texas, have given the green light for an immediate restart of professional sports and are even allowing a limited number of spectators to attend games. Meanwhile, other states have yet to decide when professional sports will return and have declared that spectators will not be allowed in venues for the foreseeable future. This, in turn, adds an additional layer of complexity to our understanding of Canadian-American relations during the pandemic. States and provinces are responsible for managing healthcare and lifting economic restrictions, meaning that there is no unified national action plan that dictates the reopening of economies across the board.

Even if Prime Minister Justin Trudeau exempts athletes from Canada’s strict quarantine policy, officials like Premier Doug Ford of Ontario still have the power to uphold a state of emergency and close non-essential businesses, such as the NHL. In that sense, the ongoing pandemic has emphasized the power that local politicians wield in determining matters of international consequence. Canadian-American relations are only partially determined by the positions of the two federal governments. What is left is determined by a complex web of state, provincial, and municipal decision-makers. This means that the NHL, and other international businesses, are left to sift through widely differing, and possibly contradictory, policies from all levels of government.

The decision for the NHL to resume play also raises a number of other challenges, such as labour rights and testing capacity, that will become more pressing over the coming months both within and beyond the hockey world. Many workers, especially those who are immunocompromised, share concerns about being forced back to work during the COVID-19 pandemic. Montreal Canadiens forward Max Domi, who has diabetes and is immunocompromised, has expressed his concerns about returning to play, stating that “I couldn’t care less about an NHL contract right now. I want to make sure that we’re doing everything to stay safe.” The return of the NHL also means that hundreds of non-team workers, such as arena staff, security guards, and hotel employees will be forced back to work while the pandemic rages on. In Canada, the federal government has announced that they are working towards providing 10 days of paid sick leave for all workers, which could help mitigate workplace outbreaks.  The United States, on the other hand, does not provide these same protections to workers, thus increasing the risk of low-wage service workers inadvertently spreading the virus. The NHL’s handling of labour issues in the coming months will be an indication of how similar problems may be handled in the broader Canadian and American economies as they start to reopen.

The COVID-19 pandemic has exposed the lack of a coordinated international medical and economic recovery plan. Even Canada and the United States, two of the closest partners on the global stage, have very different approaches to how and when they will reopen their economies. The patchwork of restrictions and regulations across different jurisdictions poses a challenge to international businesses, like the NHL, that are trying to reopen. The difficulties currently faced by the NHL while attempting to formulate a successful return-to-play plan highlights the disconnect between Canadian and American responses to the pandemic, the often underrated role that local governments play in determining Canadian-American relations, and a set of impending obstacles, such as labour rights issues, that both countries will have to address in the coming months.

Featured image: “Saddledome NHL Game” by Ani979 is in the public domain.