Canadian Conservatism at a Crossroads 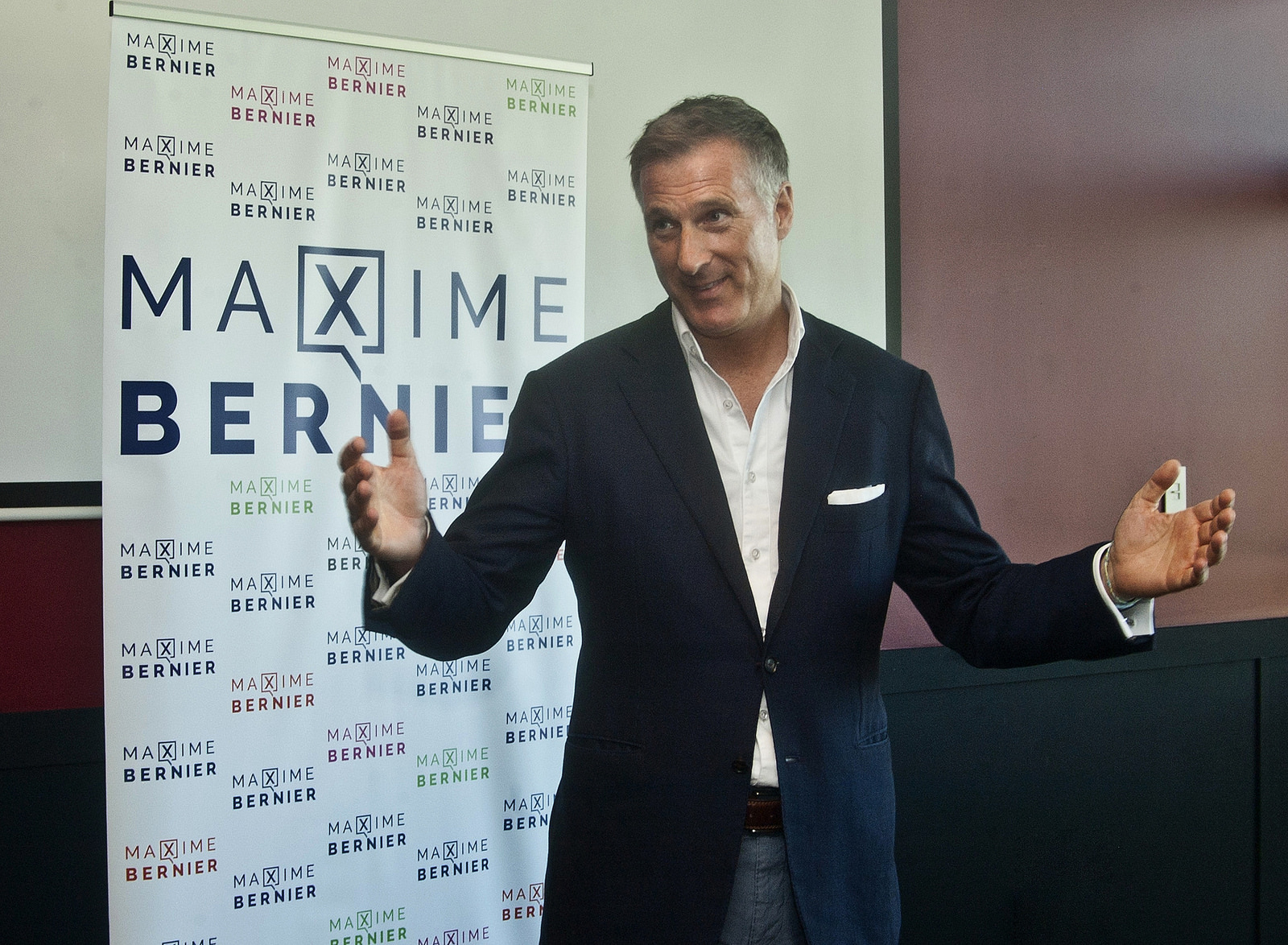 The Conservative Party of Canada leadership race, which culminates on May 27, 2017, will result in the selection of a new leader for the Official Opposition. The race features 14 candidates who each believe that they present the best opportunity for the Party to form government in 2019. The outcome of this election will shape the future of the Conservative Party of Canada and the future of Canadian democracy as a whole. With Kevin O’Leary out of the running, the complexion of the Conservative Party of Canada leadership race has changed significantly. This change is reflected in a May 2nd Mainstreet Research poll which shows that Maxime Bernier has taken a significant lead in first ballot vote choice. The race has narrowed with three candidates pulling away from the rest: Bernier, Andrew Scheer, and Erin O’Toole. While all candidates are self-identified ‘Conservatives’ they differ drastically in policy and ideology. This is even true among the top seven candidates. 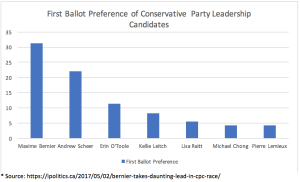 Erin O’Toole proposes a more progressive vision for the Conservative Party. His platform recognizes the importance of empowering indigenous communities by supporting community-led economic initiatives while also proposing what he calls “Generation Kickstart”, a plan to empower young people to succeed in the evolving Canadian economy. However, O’Toole represents more traditional conservative positions on criminal justice by supporting the concept of mandatory minimum sentencing and on natural resource development in supporting increased mining in Northern Ontario and pipeline construction across the country.

These three candidates propose significantly different visions that vary in esoteric policy matters policy and in broader ideological views on the role of government in society. The ideological heterogeneity in the Party is further exacerbated when looking at other, more fringe, leadership candidates.

Kellie Leitch has gained profile in recent months for her backing of “Canadian values” tests to screen immigrants for conformity with Canadian culture and society. These proposals have drawn widespread criticism that Leitch is engaging in dog-whistle politics and emulating Donald Trump’s xenophobic campaign tactics. However, Leitch isn’t the only candidate with controversial views. Pierre Lemieux, tied for sixth in the May 2nd Mainstreet poll, supports re-opening debates surrounding the legality of abortion and opposes physician assisted suicide. A recent Ipsos Poll shows that close to 60% of Canadians support abortion under any circumstance, placing Lemieux’s pro-life views decidedly to the fringe of the Canadian political spectrum.

In contrast, Michael Chong embodies a more liberal element of the Party. Chong is the only candidate to support a federal carbon tax and in doing so supports intervention into private industry in an attempt to limit carbon emissions. By envisioning government intervention into private industry as a necessary, valuable concept, Chong differs ideologically from the majority of leadership candidates, who support less government intervention.

In summation, tremendous heterogeneity exists even among the seven leading candidates in the polls. This variation exists not only on minor policy disagreements but on fundamental disagreements about the nature of conservatism. The leadership vote will determine the direction of the Conservative Party for the foreseeable future and determine whether the Party emphasizes the traditional conservatism of Scheer and O’Toole, the libertarianism of Bernier, the social conservatism of Lemieux and Leitch, or the more centrist approach embodied by Chong. Furthermore, the eventual leader will have to control these factions within the Party caucus in order to maintain unity and compete with the Liberal and New Democratic Parties. This management of party factionalism is perhaps one of the most important aspects of the leadership nomination. Stephen Harper was justly criticized for centralizing power within the PMO and stifling dissent within the Conservative caucus. However, Harper’s authoritarian party discipline subdued more radical and fringe elements of the CPC. In doing so, Harper was more successful in quashing far-right politics within the party than anyone else. By avoiding controversial debates on contentious social issues like abortion, Harper maintained party unity, providing a viable electoral product that won elections and formed government.

Managing the rifts embodied by these leadership candidates will be a significant challenge for the eventual leader, carrying implications not only for the success of the Conservative Party but for Canadian democracy writ large. The ideological variation between Conservative Party leadership candidates represents the entrenched divisions within the party. Selecting a leader will determine which voices and ideologies are given primacy. Furthermore, the leader will be tasked with the difficult job of managing factionalism within the party. The degree to which the leader can successfully manage this factionalism will both impact the electoral success of the party and determine which ideologies are given a voice within mainstream political discourse.

The Conservative Party of Canada is at a crossroads; leadership candidates embody starkly different visions for the future of the party. The election of a new leader will shape the party’s ideological make-up and determine which factions gain prominence and dominate the Conservative message. Thus, this important leadership election will shape Canadian politics for years to come.