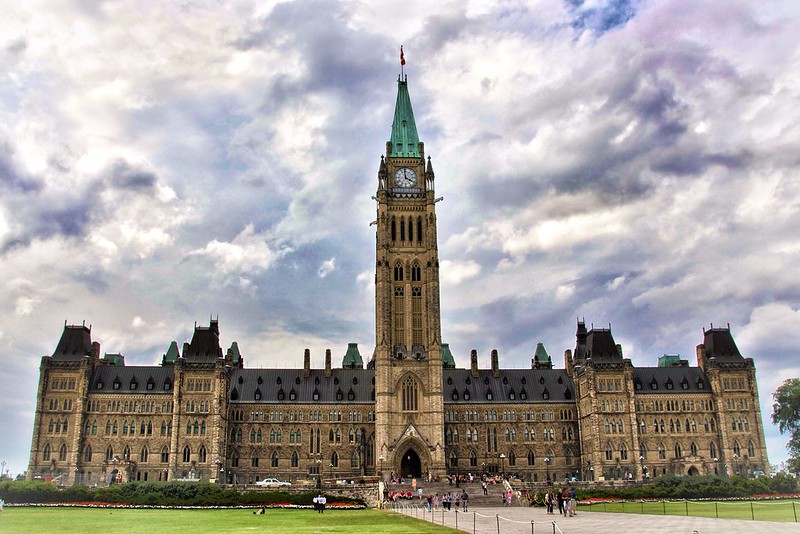 The past few years have marked the beginning of a dramatic rebalancing of global power. American global influence is diminishing, and once-stable international alliances, like NATO, have become subject to infighting. Meanwhile, countries like China and Russia are exhibiting increasing influence on large swaths of the globe, and authoritarianism is on the rise throughout the world. For the first time in many decades, the world is without an undisputed champion of democratic values. This, in turn, has left a power vacuum in which aggressive, dictatorial regimes can exert power with limited consequences. Recently, however, a number of politicians and academics have proposed a new economic, political, and defence alliance between Canada, Australia, New Zealand, and the United Kingdom (CANZUK).

First proposed in the 1960s, CANZUK has gained popularity following the UK’s exit from the European Union and is currently being championed by CANZUK International, a non-profit advocacy organization that is led by a number of economists, lawyers, and political analysts. Their political advisory board is headlined by Erin O’Toole, the newly elected leader of the Conservative Party of Canada. Over the past five years, the organization has been meeting with politicians and media members in all four countries in an effort to promote CANZUK. According to CANZUK International, the framework would guarantee free trade and freedom of movement, and encourage foreign policy coordination between the four-member countries. CANZUK cooperation would hypothetically increase the political and economic influence of its members in an increasingly fractious global order. All four countries have Westminster parliamentary systems, Queen Elizabeth II as head of state, and share similar democratic values, such as free speech and freedom of religion, similarities that would make the union viable. While a CANZUK union would create many political and military benefits for its member countries, there are many valid arguments — including pre-existing trade agreements and criticisms of the exclusivity of the group — which instil doubt as to the socio-economic necessity of such an alliance.

Canada, Australia, New Zealand, and the UK are drawn together by their similar political systems and shared democratic values. Their kindred parliamentary democracies and Common Law justice systems are just a few examples. A CANZUK union would allow these countries to better promote such ideals on the global stage during an increasingly contentious time in global politics. All four countries now find themselves in relatively weak positions on the global stage due to Canada’s recent loss of a United Nations Security Council seat, Britain’s exit from the EU, and Chinese encroachment in the South Pacific which affects Australia and New Zealand by upsetting the region’s delicate balance of power. While CANZUK countries have limited influence individually, a coordinated foreign policy could put substantial economic and political pressure on authoritarian regimes while promoting democracy across the globe.

Moreover, a CANZUK alliance would allow its members to further their interests by strengthening their own national security and projecting increased military influence in Europe and the Pacific. Since the Second World War, many western nations, including those in CANZUK, have been partially reliant on the United States for military protection. However, the US is now less and less committed to the protection of its allies. Namely, President Trump recently threatened members of NATO with the possibility of less defence support. In July, Trump carried out his threat and declared that the United States would withdraw over 12,000 troops stationed in Germany, which could embolden Russian interests in Europe. Moreover, Australia and New Zealand are becoming increasingly susceptible to the destabilizing effects of China being the sole dominant force in the South Pacific. A CANZUK foreign policy and military alignment would allow member countries to rely on each other for defence rather than on the US. Still, it would also require major restructuring of existing defence funding. Although they have not been calculated yet, the added costs of decoupling from the American defence apparatus and creating a new alliance from scratch could prove to be a hefty burden on CANZUK taxpayers.

Economically, a CANZUK agreement would assure free trade and movement between the four member countries. The CANZUK countries have a combined GDP of approximately $6.5 trillion US, which would make it the world’s fourth-largest economy, trailing the US, China, and the EU. Such a large economic bloc would undoubtedly wield substantial influence on the global stage — an influence that countries like Canada and Australia could not realistically wield individually. However, deepening trade relations between these four countries may be overly ambitious and largely fruitless. The UK is much more integrated within the European economy than it is with Canada, Australia, and New Zealand. Its annual trade with the Netherlands alone tops £70 billion, while its trade with the three other CANZUK countries combined is valued at a mere £30 billion. Moreover, Canada, Australia, and New Zealand have recently signed on to the Comprehensive and Progressive Agreement for Trans-Pacific Partnership (CPTPP). This new trade deal came to life after Donald Trump pulled the United States out of the original Trans-Pacific Partnership. The CPTPP has eliminated tariffs on many goods between its member countries, meaning that Canada, Australia, and New Zealand already have progressive trade relations with each other.

Consequently, the more pragmatic approach would be for the UK to sign trade deals with each member country or consider joining already existing partnerships, such as the CPTPP. In practice, CANZUK’s trade and immigration policies would resemble those currently in place in the European Union. It was free trade and freedom of movement policies, however, that in part drove Britons to vote to leave the EU in 2016. In response, advocates for CANZUK have been quick to point out the differences between this potential alliance and the existing EU political framework. According to CANZUK International, “no effort in developing a supranational parliament, court system or currency will be made.”

The full integration of a CANZUK framework would be many years in the future and would require substantial support from stakeholders in the four-member countries. In recent polling commissioned by CANZUK International, the potential alliance garnered approximately 70 per cent popular support in all four countries. Moreover, the concept has been endorsed by a number of MPs, albeit almost entirely among conservative factions, in each country. However, CANZUK has been criticized by political analysts, among other things, for only including majority-white Commonwealth countries and appearing as a revival of an outdated, colonial Anglosphere buoyed by thinly-veiled racism, where countries like South Africa, Jamaica, and India are relegated to the sidelines of major political decisions. In response, the chief executive of CANZUK International, James Skinner, writes that “at present, additional countries (such as South Africa, India and Pakistan to name a few) do not meet the economic criteria that is essential for free movement and foreign policy initiatives to succeed.” Moreover, CANZUK’s shared history presents more potential problems. Notably, the historical dynamic of these countries is one where the UK led, while Canada, Australia, and New Zealand followed. In a new CANZUK union, however, all four countries would have to be on equal footing, which might ignite some intra-union power struggles.

A CANZUK union would have monumental impacts on all four member countries, as well as on the global political power structure. In the near future, the need for and viability of CANZUK will likely be dictated by events such as the fallout of the COVID-19 pandemic, the impacts of the American presidential election, and continuing shifts in global power. As a united entity, the four countries would wield substantial political sway on the world stage and be able to better promote their democratic values abroad. Yet, the economic benefits of CANZUK may be overstated given the presence of pre-existing trade deals, and freedom of movement could cause bureaucratic nightmares and face significant opposition. Before CANZUK is seriously considered, it must be determined whether the union is necessary and beneficial for its member countries, or if it is a relatively meaningless revival of the old British Empire.

Adam Steiner is a U2 student pursuing a degree in Political Science and Statistics. Originally from Toronto, Adam's primary areas of interest are European and North American politics, with emphases on separatist movements and election campaigns.