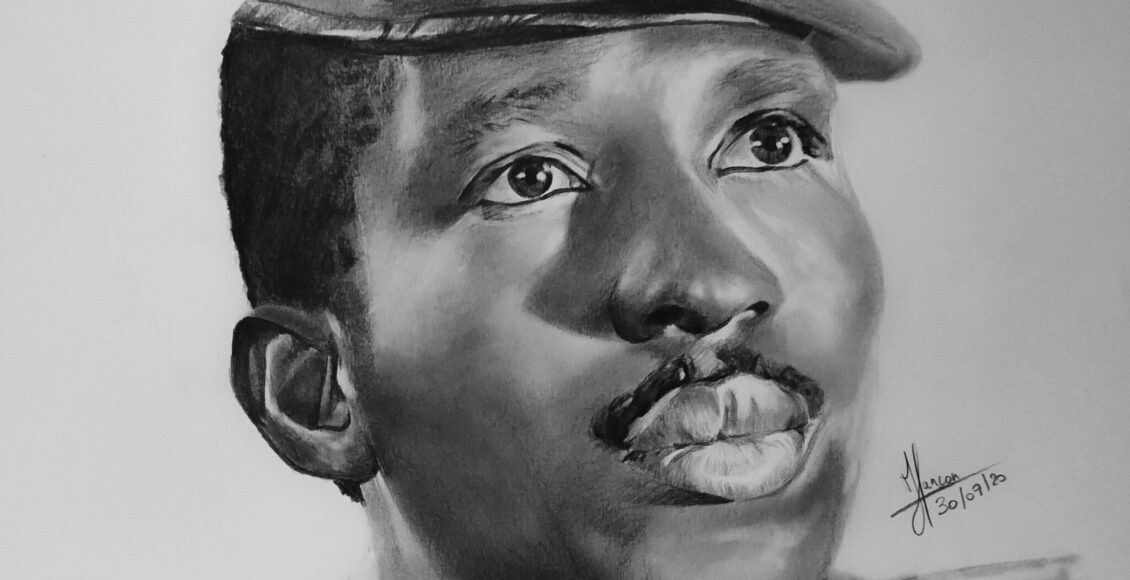 In August 1983, a 33-year-old military captain named Thomas Sankara ascended to the position of President of the Republic of Upper Volta, a small landlocked West African state, after a successful military coup d’état. Upon assuming office, Sankara, a young man filled with charisma and optimism, promised to transform Upper Volta, a former colony of France, into a self-sufficient nation that would not need to rely on Western countries for economic assistance. In 1984, Sankara boldly dropped the name Upper Volta (a name given by the French) and renamed the country “Burkina Faso,” — which translates to “land of the upright people” in Mòoré and Dioula, the two primary native languages of the country.

Unfortunately, however, Sankara’s bold and ambitious policies would ultimately lead to his demise, as ​​many of the country’s elite came to resent his radical reforms. In 1987, another military coup led by Blaise Compaoré, a loyal cabinet member and one of Sankara’s closest friends, ended in Sankara’s brutal murder. Compaoré, who remained in power until 2014, led a corrupt and brutal regime that stunted Burkina Faso’s socio-economic growth, making the country one of the poorest in the world, with 40.1 per cent of the population living below the poverty line. Although Sankara was only in power for four years, he accomplished many noteworthy feats. Because of this, many still revere him as a near-mythical hero and wonder what Burkina Faso, and the rest of Africa, would look like today if he had stayed in power and was able to realize his vision.

Thomas Sankara’s political ideology does not fall under a singular school of thought, though he is often characterized as a Pan-Africanist, anti-imperialist, communist, and anti-corruption crusader. His vision for Burkina Faso, however, was quite clear: he wanted to ​​create the structural and cultural conditions that would allow the Burkinabè people to control their own projects, ambitions, and goals.

For Sankara, the main obstacles that had previously prevented Burkina Faso from achieving this goal were colonial legacies and reliance on loans from the International Monetary Fund (IMF) and other Western financial institutions. Thus, Sankara sought to eliminate Burkina Faso’s foreign debt and liberate the nation from French influence. In a speech delivered to the United Nations, he exclaimed that “​​debt is neo-colonialism, in which colonizers have transformed themselves into ‘technical assistants.’ We should rather say ‘technical assassins.’” He further elaborated that “he who feeds you, controls you” and that “debt is a skillfully managed reconquest of Africa, intended to subjugate its growth and development through foreign rules.” He primarily directed his attack on foreign debt toward the IMF’s Structural Adjustment Programs (SAPs), which were conditional loans to Less Development Countries (LDCs) that promoted neoliberal economics and mandated the retreat of the welfare state. These loans were exploitative, reducing the capacity of the borrowing country to repay. In order to repay them, many LDCs took out additional loans, which created a self-perpetuating debt trap. From this, Sankara determined that “debt cannot be repaid, first because if we don’t repay, lenders will not die. That is for sure. But if we repay, we are going to die.”

Sankara is also characterized as a Pan-Africanist, but he often condemned the exploitative policies of neighbouring African states, such as the Ivory Coast. He, therefore, conceptualized Pan-Africanism as the desire to create unity among the African peoples, not necessarily states. He believed that Africa had enough resources to support itself and that foreign aid was instilling “in [their] spirits the attitude of beggars.” He sought to export his revolutionary ideals to the rest of Africa to rid the continent of colonial influence.

Thomas Sankara’s ideological convictions were commendable, but the most remarkable aspect of his time in power was his ability to translate his ideology into significant policy reforms in such a short period. To achieve his policy goals, Sankara sought to “organize the Voltaic [later Burkinabe] people as a whole and involve them in the revolutionary struggle” by dispersing power, in the form of Committees for the Defense of the Revolution (CDRs), to local communities. The CDRs empowered the Burkinabè people to support the revolution through community-led development projects.

These community-led projects produced impressive results. For example, to combat increasing desertification, Sankara, who saw imperialists as the “arsonist[s] setting fire to our forests and savannas,” organized a community-led tree planting program that planted over 10 million trees during his presidency. Further, he organized a vaccination program that vaccinated almost 3 million children in just over two weeks. This policy, along with several others, saw Burkina Faso’s infant mortality rate drop from 208 per 1000 to 145 per 1000 in just one year. Additionally, Sankara’s widespread education programs saw Burkina Faso’s literacy rate improve from 13 per cent in 1983 to 73 per cent in 1987.

Sankara was also a feminist who believed that there is “no true social revolution without the liberation of women.” He improved access to education for women; outlawed female genital mutilation (FGM), forced marriages, and polygamy; was among the first in Africa to appoint women to high positions in government and military; and encouraged men to do the “women’s work” of cooking and shopping.

With regards to the economy, Sankara banned colonial taxes, nationalized all land, and invested heavily in agriculture. Under these policies, Burkinabe production skyrocketed. For example, cereal production increased by 75 per cent during the first three years of his presidency. Sankara also successfully completed several infrastructure projects without foreign aid, including railroads, schools and roads. All of these policies were well-supported among the Burkinabè people. But, Sankara’s attacks on capitalism and French and US interventionism also made him powerful enemies. Further, Sankara’s policies alienated many local elites, which sowed divisions in the Conseil National de la Revolution. Although several actors would have benefitted from Sankara’s demise, the true extent of foreign involvement in the coup remains a mystery. Many of the French documents regarding Burkina Faso have yet to be declassified, and the trial for Sankara’s murder has only recently started.

Thomas Sankara showed that Africa could achieve remarkable growth and prosperity without foreign aid or intervention. Comparing his accomplishments to the current state of Burkina Faso makes his untimely death even more tragic. Even so, Sankara’s legacy lives on, and his ideas retain their potency today. For example, Sankara’s calls for debt resistance remain as relevant today as they were at his death. The COVID-19 pandemic has pushed debt levels among lower-income countries to a record high, and many African countries, such as Zambia, have defaulted on loan repayments. Although Sankara’s radical policies perhaps had destabilizing effects, his ideas can serve as useful policy prescriptions for LDCs seeking to break themselves free from the shackles of (neo)colonialism.