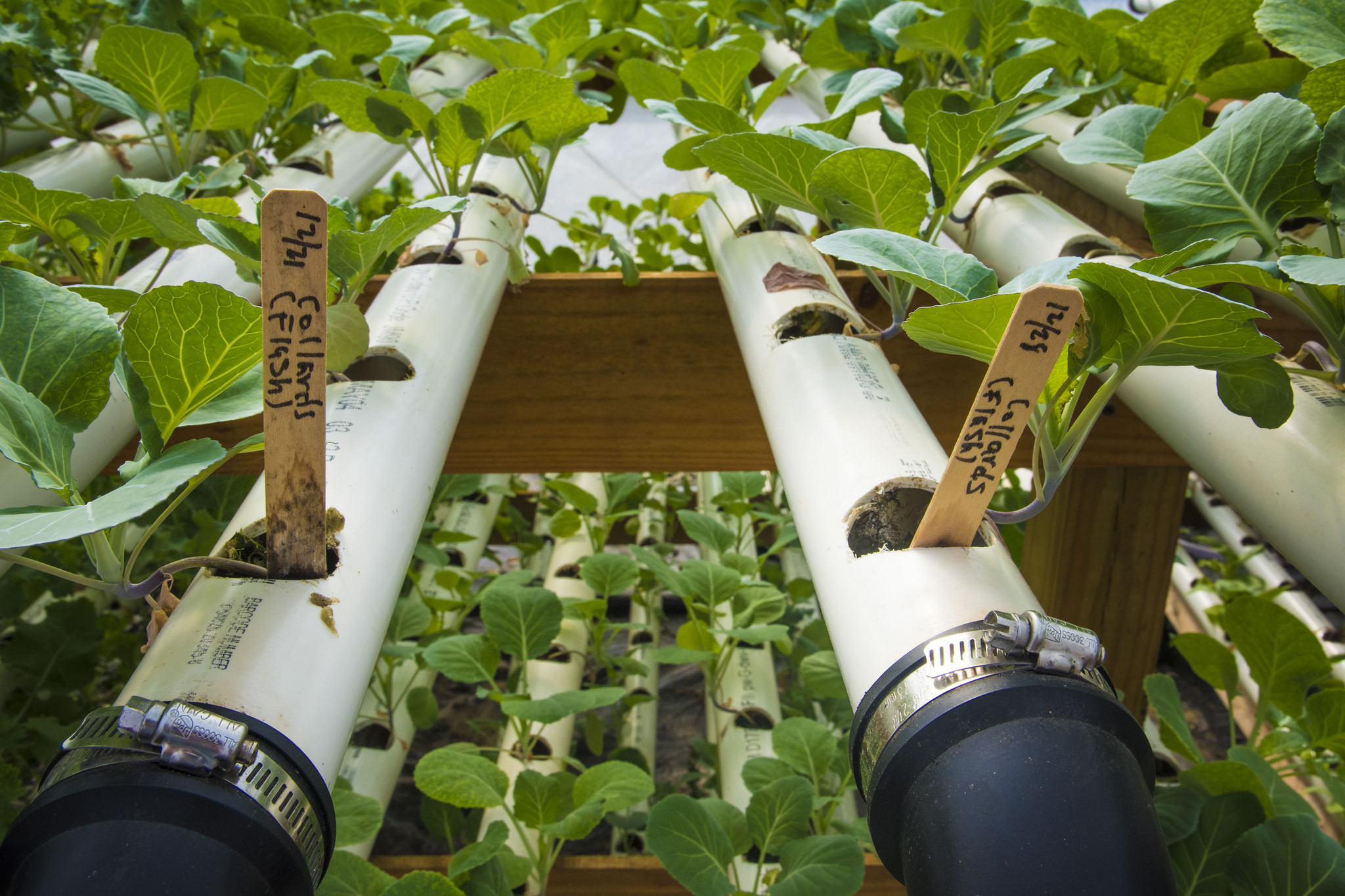 Previously, this series highlighted the success of San Francisco’s sustainability initiatives that have not only placed the city at the forefront of global sustainable development, but fundamentally altered how the world approaches sustainability. To many, however, San Francisco emerges as a clear outlier whose success can be attributed to the municipality’s affluent and traditionally progressive composition. With a poverty rate that is not only below the national average but also a third below the nation’s most disadvantaged areas, critiques often point to the fact that San Francisco does not face the same “pressing” social challenges as most other cities. Compared to cities like Cleveland or Philadelphia, San Francisco is not overwhelmed by disproportionate poverty rates, strenuous racial tensions nor high crime rates. Thus, it appears that San Francisco has the “luxury” of focusing on supposedly less pressing social issues like sustainability.

Such critiques, however, not only misinterpret San Francisco’s success by incorrectly tying sustainability to socioeconomic affluency, but also perpetuate the popular myth that sustainability is a “luxury” or secondary social issue, only obtainable by those in higher socioeconomic positions. As previously discussed, San Francisco’s success is a result of its consideration of the human component of sustainability, where the city has developed a social-environmental approach that strives to create a mutually beneficial relationship between these two components. Such an approach ensures that “strictly” environmental initiatives benefit all members of the city, and thus account for issues like education, food production and local business. With a solution-oriented focus, these initiatives not only aim to address immediate problems, but seek to fundamentally alter how the city functions in order to improve its future viability. This solution-oriented approach highlights a fundamental pillar of sustainability, which at its core is the innovation of human systems to better adapt to the changing social and environmental concerns.

Who Can Benefit from Sustainability?

Contrary to popular belief, sustainability initiatives are actually more applicable to underdeveloped cities, such as Cleveland and Philadelphia. Unlike these cities, San Francisco has no pressing need for the dramatic reconfiguration of their city’s function. In cities like Detroit that have struggled to meet the basic needs of its population for decades, sustainability initiatives have the potential to solve some of the city’s most plaguing and immediate concerns. Rundown cities are an ideal place for sustainability initiatives, as such conditions allow experts to essentially start from scratch and rebuild the city without having to deconstruct previous systems. In fact, many consider Detroit to be a “laboratory” for sustainable development.

While in the beginning many of these initiatives seem costly, countless studies have shown that  long-term investment will recuperate the initial costs while also diminishing future costs. Many communities are overcoming the burden of these initial investments by distributing the cost across various sectors, which is reflective of sustainability’s integrated focus. For example, San Francisco’s success does not lie in an excess amount of capital nor a political ideology, but in the integration of various community systems. No amount of capital can achieve success without this type of systematic thinking. To prove this point, we will now look at San Francisco’s polar opposite: Detroit, Michigan.

A Brief Look at Detroit

Once the heart of United States manufacturing and a thriving urban hot spot, Detroit has fallen from its former glory and struggled to rebuild itself ever since the collapse of the automobile industry in the 1960s. The city has witnessed one of the most drastic

outmigrations in U.S. history, which has left the city unable to recover. With almost half of all Detroiters living in poverty (43%), and an even higher number of households facing food insecurity, Detroit has struggled to adequately support the most basic needs of its citizens. These issues are only complicated by strenuous racial tensions that have long plagued the city, such as the race riots in the 1960s and the disproportionate number of black Detroiters living in poverty. In fact,a majority of current Detroiters are black individuals who, due to socio-economic constraints prior to the mass exodus, were unable to migrate during the economic collapse.

The Rise of Urban Agriculture

Considering the current state of Detroit, concerns of  composting and recycling, such as in San Francisco, may seem preposterous, but in fact, these issues have become a priority for many Detroiters in the wake of the city’s massive Urban Agriculture movement (UA). The UA movement has begun to solve some of the city’s most pressing issues while also redefining how the city functions, beginning with its surplus of abandoned land. One of the most glaring consequences of Detroit’s massive outmigration is the amount of abandoned and unproductive land across the city; in fact, a third of the city’s land is currently sitting unused. In response, many Detroiters have transformed these spaces into productive space green spaces that have not only improved the overall environmental conditions of the city, but also made dramatic contributions to issues like poverty, food insecurity, and nutritional deficiency.

Detroit’s story began in the early 2000s when a group of elders, known as the “garden angels”, formed the Detroit Agriculture Network Coalition to both support and increase awareness for sustainable initiatives. In 2004 the coalition partnered with Keep Growing Detroit to begin Garden Resource, a community support program that provides material assistance and expertise to urban farmers in Detroit and its surrounding areas. When the program first began, there were 80 gardens; however, in the last decade, the program has grown exponentially, now sustaining a network of 1,400 gardens and farms that engage more than 2,000 Detroiters from diverse backgrounds. What began as a grassroots movement has transformed into an integrated community effort that has brought various community sectors together to create one of the most expansive urban agriculture networks in the country. Ranging from backyard plots to large scale production farms, this initiate has worked to find a place for all members of the community. These UA farms rely on both volunteer and paid labor and specifically aim to engage the communities most disadvantaged members, such as at-risk youth and previously incarcerated workers. Through such efforts, the city has undergone a Cinderella like transformation that has converted an abandoned industrial center into a productive and deindustrialized green space.

One of the most notable aspects of this project is its focus on social and economic justice.  It has not only sought to address persisting racial inequalities in the city, but also to dismantle racism at an institutional level. In conjunction with the local food security movement to help reduce food insecurity in the community, the Black Community Food Security Network (BCFSN), has worked vigilantly to address many of the injustices that black Detroiters face in the food industry. From poor treatment in grocery stores and scarcity of employment in food-related industries to a disproportionate rate of food insecurity and poverty amongst the black residents, the BCFSN has not only initiated an important conversation in Detroit about race relations, but has also made many tangible contributions towards solving these issues. One of the most notable achievements is the collection of data on hunger, malnutrition, food distribution and accessibility to initiate research on alternative food systems as well as enact policy reform.

More than a Temporary Fix

Another notable organization in Detroit’s UA movement is the Michigan Urban Farming Initiative that has moved beyond the production component of UA and begun to think about the accessibility and future viability of this movement. Through the creation of “effective strategies for increasing food security, cost-competitive, and scalable models for blight deconstruction and innovation in Blue and Green innovation”, the organization has initiated several campaigns focused on community engagement and rehabilitation to supplement this UA movement and foster development in all areas of the community. The group is currently constructing of a new community center that will not only target one of Detroit’s most disadvantaged areas, but it will also serve as a model in sustainable construction. Originally an abandoned apartment complex, the organization has partnered with several organizations, such as BASF, General Motors, Green Standards and many other community institutions, to transform this abandoned building into an innovate and practical community space. The group is currently working with its various partners to develop more sustainable, yet cost-effective, building practices. Such practices include impact reducing concrete admixtures, low volatile organic commands, and mildew resistant paints, all of which will reduce both the short-term construction and long-term functioning costs of the building. One of the most interesting developments has been the focus on techniques to repurpose existing materials, such as wood from the previously abandoned building. If successful, this building will be a groundbreaking achievement in sustainable construction that could serve as a model for future projects. While this project has important implications for the community, this project is also representative of the symbiotic relationship of sustainability that pools resources from various community sectors to positively affect both the individual sectors as well as the community as a whole.

Detroit’s unique and particularly troubled past makes it an ideal location for sustainability initiatives, as there is a fundamental need to change how the city functions in order to better serve its residents. From food insecurity to urban poverty, sustainability has the potential to solve, or at least alleviate, many of these issues. More generally, sustainability initiatives push institutions to not simply solve problems with temporary fixes but rethink the very function of the city itself. Thus, while initiatives like UA might  not eliminate these problems entirely, they have the potential when combined with other initiatives to improve both the present and future viability of the city, especially considering the dramatic progress the city has seen in the last twenty years. The UA movement in Detroit represents a community wide initiative to simultaneously solve many of the city’s “pressing issues” as well as reconstruct a more sustainable city that will improve its future viability for generations to come.