Cashiers and Coal Miners: The Decline of Two Sectors 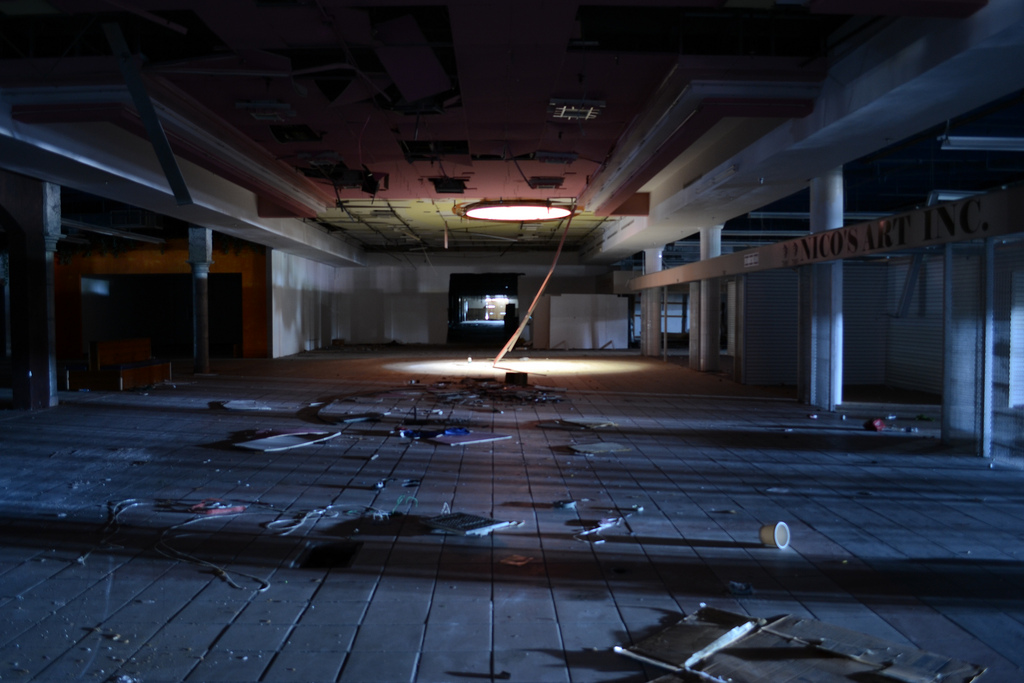 Malls across the country are being abandoned as stores close. https://flic.kr/p/b6NG7g
Share

Towards the end of November, Americans partook in the annual ritual of Black Friday, when customers line up, still full from Thanksgiving dinner, waiting to trample each other in the rush to obtain the best sales. Aside from a chance for consumers to score major sales deals, Black Friday is a boon for retail stores, with average spending by shoppers over Thanksgiving weekend being $295.33 and 156 million Americans taking to the stores. Increasingly, online shopping generates massive revenue on this holiday. This successful weekend, however, belies the reality of the American retail sector.

The outlook is grim. Since 2002, the physical retail sector has bled away 448,000 jobs, while e-commerce created just 178,000 jobs over the same period. These trends continue to worsen. According to a Credit Suisse report, 25% of American malls will be closed by 2022. Additionally, large chains are often burdened with unsustainable levels of risky debt. For example, Toys ‘R’ Us, which recently declared bankruptcy, possessed $6.6 billion in debt, while Payless Shoes, another recent casualty, had $2.3 billion in debt. Interest rates on these loans , often provided through private equity firm buyouts, are quite high. Combined with the trend away from physical shopping, some already-indebted stores are not likely to survive. Today, Amazon accounts for 53% of all online shopping growth and now makes up 43% of all retail sales. Between subpar business decisions and technological innovation, the department store appears to be a tragedy of creative destruction. Haunting images of abandoned malls serve as monuments to a different time.

Despite this clear, marked decline in one of America’s most prominent sectors, retail’s decline has not dominated political discussion, unlike far smaller industries.

Since the 2016 election, the plight of laid-off coal miners has dominated takes on today’s politics, along with the populist rhetoric politicians like Donald Trump and Bernie Sanders employ. Even in the last few days, newspapers like the Washington Post and the New York Times have run pieces on this declining fossil fuel sector. However, the coal industry today employs 76,572 people, while radio employs 94,584, museums employ 91,966, and theme parks employ 143,894. Retail, meanwhile, employs 15.8 million Americans. While this broad statistic encompasses workers beyond the portion of retail suffering worst, it nonetheless reveals a discrepancy in impact between industries. Why, then, does coal garner such a significant portion of the public’s attention, especially since American retail, a similarly floundering industry, employs a far greater share of the workforce and has suffered a more significant fall from grace?

Part of this difference stems from the class-consciousness forged in mining through organized labor groups like the United Mine Workers of America. Labour unions unite workers and pit them against executives often bent on increasing profit margins at the expense of employees. In this aspect, retail and mining diverge greatly. Just 4.3% of American retail workers are unionized while 5.6% of oil/gas workers and miners and 8.8% of manufacturing workers are. In 2006, the most recent year for which we have mining-specific statistics, 19% of coal, metal, and mineral miners were unionized. The lack of unionization in retail reflects the often part-time nature of these jobs as well as their high turnover, which in conjunction preempt union organizing. Moreover, during the holiday season, many retailers hire seasonal workers, whose limited presence at a business makes them impossible targets for unionization. Additionally, retailers employ anti-union tactics, including propaganda films, such as the one mandated by big-box retailer Target. The result is clear: out of 1,800 Target stores around the US, only one has unionized. The difficulties of organizing in the retail sector prevent the strong development of labour unions and the associated class-consciousness that has historically defined mining. Thus, as retail declines, disempowered workers lack a strong unified voice for political action.

Additionally, because retail exists en masse nationwide, its political impacts are far less concentrated. West Virginia, Kentucky, and Wyoming produce the vast majority of American coal, but nearly every state has a large number of big-box retailers. Therefore, the decline of mining registers a political impact because of what coal does for each state. West Virginia’s Coal Severance Tax ensures that counties obtain a share of coal profits through the distribution of a state tax back to counties. These proceeds total about $20 million a year. Additionally, coal profits fuel the West Virginia Future Fund, a sovereign wealth funding seeking to save today’s profits for the future. A select few states depend on coal, where it sustains whole communities. While retail does not sustain entire states, it remains a relevant and important part of local economies. After all, sales taxes account for 1/3 of state tax collection and 12% of local government collection. Retail, unlike mining, is not concentrated in certain states. Thus, its negative trend does not appear from the outside to drag down entire regions. However, when specific states are dependent on coal, its decline instantly becomes a hot scoop for both journalists and politicians.

A final reason for the political attention gap between mining and shopping is that it is more difficult to politicize the decline of retail than that of coal. Sure, both create anxiety and unemployment, but a distinct narrative has been spun about coal. Over the past few years, as mining has declined due to mechanization, foreign competition, and to an extent, regulations, the “War on Coal” has been hailed as the industry’s mortal enemy. This “war” is supposedly the manifestation of an environmentalist, elitist conspiracy against the coal industry. In reality, other trends have led to the industry’s fall. Regardless, Democratic politicians and environmentalists have been blamed for these changes, with even pro-coal Democrats like Former West Virginia Congressman Nick Rahall and Former West Virginia Secretary of State Natalie Tennant falling victim to this political narrative and losing elections on the issue. Republicans have capitalized on the coal industry, despite its small national employment impact. During a Charleston, WV rally, President Donald Trump donned a miner’s hardhat, declaring, “I get elected … you’re going to be back to better than ever before.” Once elected, he described “efforts to shut down their [coal miners’] mines, their communities, and their very way of life” and declared the end of the “War On Coal” with his executive orders supporting the fossil fuel industry. His actions demonstrate how much easier mining can be politicized than the retail sector.

President Trump recently acknowledged Amazon’s impacts on conventional retail, causing Amazon’s stock prices to decline momentarily, but did not take any legislative actions to protect retail. President Trump does not don a retail uniform and rant in front of hollowed out malls. Politicians don’t face allegations of complicity in a “war on stores.” Simply put, it’s harder to tie government action to the retail sector than to the mining sector. With environmental pressure, various rules have passed concerning fossil fuels. While the impact of these regulations on coal is debatable, they provide an easy scapegoat and political wedge. Conversely, it remains hard to point to specific political targets for retail decline. Occasionally, discussion emerges surrounding sales taxes on online shopping, but this never seems to dominate the conversation.

For a variety of reasons, the decline of retail has not captured the American imagination quite like the decline of the much smaller coal industry. However, it nonetheless displays a worrisome trend. Retail stores are closing predominantly in states already impacted by the loss of manufacturing jobs. This cycle of decline exacerbates extant regional strife, rendering hopeless the notion of laid-off workers finding service sector jobs. Propping up a declining sector may not make economic sense, but government, civil society, and communities have a responsibility to address the inevitable impacts of retail closure. What contingency plans are in place? How can impacted regions attract innovative jobs and prepare their workers to fill these positions? Has creative destruction simply doomed our conception of the economy? These discussions are crucial but are being overlooked by policymakers fixated on the back and forth surrounding American coal.