Casualties of the Forever War: How the Taliban Is Reclaiming Afghanistan 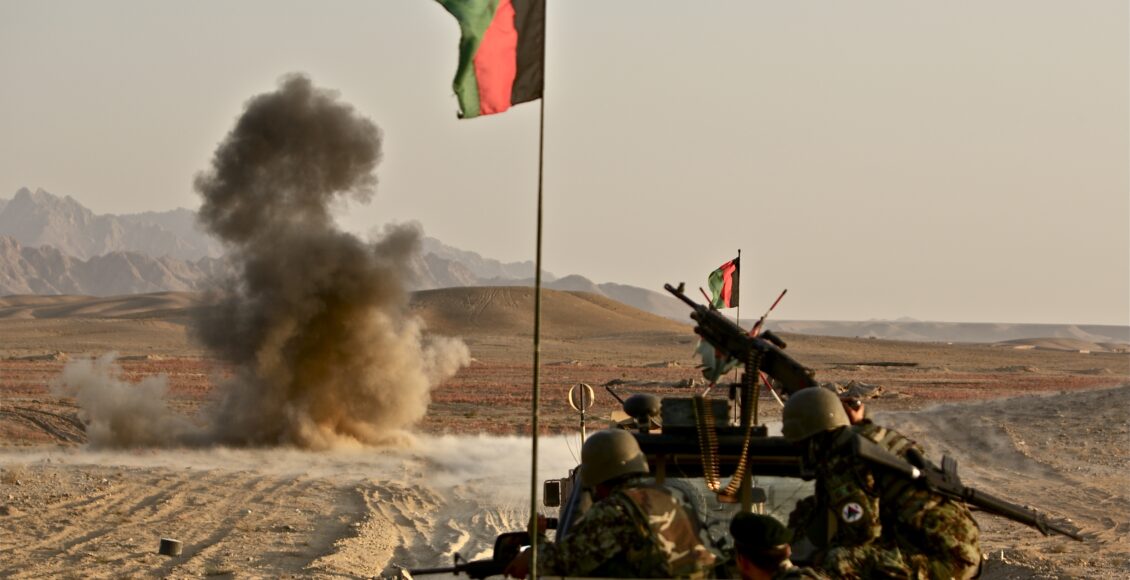 On April 14, 2021, President Joe Biden announced that the United States would be withdrawing all military personnel from Afghanistan, heralding an end to what he described as the “forever war.” Biden imposed a deadline of September 11 of this year, the anniversary of the 9/11 terrorist attacks, for their departure. On September 18, 2001, just a week after the attacks, President George W. Bush signed into law a joint resolution authorizing the use of force against those responsible for attacking the United States on 9/11. In what President Bush described as “The War on Terror,” the US military invaded Afghanistan searching for Al-Qaeda militants, including Osama Bin-Laden, the mastermind behind the attacks. The US invasion also sought to disrupt the control of the Taliban government, known as the Islamic Emirate of Afghanistan, which provided a safe haven for Al-Qaeda in Afghanistan. The dismantling of the Taliban government was swift; Bin Laden was killed in 2011, yet the United States military remained in Afghanistan.

In early 2019, after almost two decades, the United States and the Taliban finally came to the negotiation table for preliminary talks in Doha, Qatar. In 2020, the two parties came to an agreement that sought to pave the way to gradual peace, promising significant drawdown on the number of US troops in Afghanistan and Intra-Afghanistan negotiations between the Taliban and the government of Afghan President Ashraf Ghani. While the agreement did not include a ceasefire, the United States had achieved what it had set out to do in Afghanistan: deliver justice to those who carried out 9/11 and degrade the possibility of another attack on the US. President Biden explained, “​​we did not go to Afghanistan to nation-build. And it’s the right and the responsibility of the Afghan people alone to decide their future and how they want to run their country.” While Biden’s words signal optimism for Afghanistan’s future, they also set the stage for armed struggle to fill the power vacuum the US is leaving behind.

With US troops gradually leaving throughout the summer, the Taliban has been reclaiming territory in rural Afghanistan. However, the pace at which they are advancing far exceeds initial estimates made by US intelligence. When the withdrawal was announced in April, US intelligence believed that the Afghan government could withstand the Taliban for two years. Current estimates give them about six months before the Taliban seizes control. As of July 22, the Pentagon estimates that the Taliban have seized over 50 percent of Afghanistan’s districts and are surrounding major cities in anticipation of the complete withdrawal of American troops.

Looking back around 30 years, the current path of events is eerily similar to the conclusion of the Soviet-Afghan War (1979-1989). Following a decade of fighting between the government of Mohammad Najibullah, who the Soviets backed, and the Mujahideen, an Islamic militant group supported by Pakistan and the United States, the Soviet Union withdrew its troops from Afghanistan. Subsequently, a brutal civil war transpired, which saw the fall of the Najibullah government in 1992, followed by internal fighting between the various factions of the Mujahideen. Emerging from the chaos was the Taliban, a former faction of the Mujahideen, who took control over Afghanistan in 1996. While the two conflicts are far from the same, certain aspects of history seem to be repeating themselves.

So, how is the Taliban steamrolling an Afghan military trained and funded by the United States for the last 20 years? One explanation is that they have no incentive to honour the peace deal signed with the US in 2020. By virtue of having boots on the ground in Afghanistan for so long, the US deterred the Taliban from acting aggressively. As an Afghan government official explained, “[y]ou cannot achieve a political settlement if you don’t have a military presence. The only leverage the US has over the Taliban is the presence of US forces.” Another factor that has degraded the Afghan military’s ability to resist the Taliban is how the United States is leaving. The most striking example of this is at the Bagram Airfield, in which US troops shut off the electricity and left in the night without notifying the Afghan general at the base. Also, the US took with them all heavy weaponry and detonated ammunition for fear they could fall into the hands of the Taliban, leaving Bagram soldiers feeling abandoned and exposing the weakness of the military without US support.

This has prompted the Taliban takeover to be relatively bloodless. Instead of advancing militarily, the Taliban has brokered takeovers through “negotiations that involved local power-brokers and military commanders who figured they would get a better deal if they moved early.” In some cases, the Taliban is financing Afghan soldiers and policemen’s salaries after having not been paid by the government for months. The resolve of Afghan forces is further disintegrating because of the phenomenon of bandwagoning, whereby parties join forces with the stronger side, presently the Taliban, in the hope of a more favourable life when they assume power.

While the Taliban is rapidly gaining legitimacy in Afghanistan, they must also gain recognition worldwide to establish themselves as a government in the international system. The primary objective of the Taliban’s foreign policy has been to show the rest of the world that they can be diplomatic and peacefully engage with other nations in the region. The most striking evidence of this objective has been the Taliban’s continued negotiations with the United States and the government of Ashraf Ghani. The Taliban have proven themselves able to practice peace and diplomacy while maintaining their military objectives outwardly.

Much like three decades ago, Afghanistan is likely entering a civil war. The Taliban are in high spirits and have momentum, with a senior official exclaiming, “We have won the war, America has lost.” There is plenty of criticism for President Biden’s decision to withdraw, with some describing it as an “amateurish, unforced error.” Still, it has become clear over the last 20 years that military operations are ineffective in building peace. The international community must accept that the Taliban could very well be the ruling power in Afghanistan in the near future. That future may be bleak, but the Taliban have shown a willingness to negotiate and come to agreements. Suppose this is the case, and the Taliban reestablishes the Islamic Emirate of Afghanistan, the international community must rely on the power of diplomacy and persistence to ensure that the people of Afghanistan enjoy peace and access to human rights.