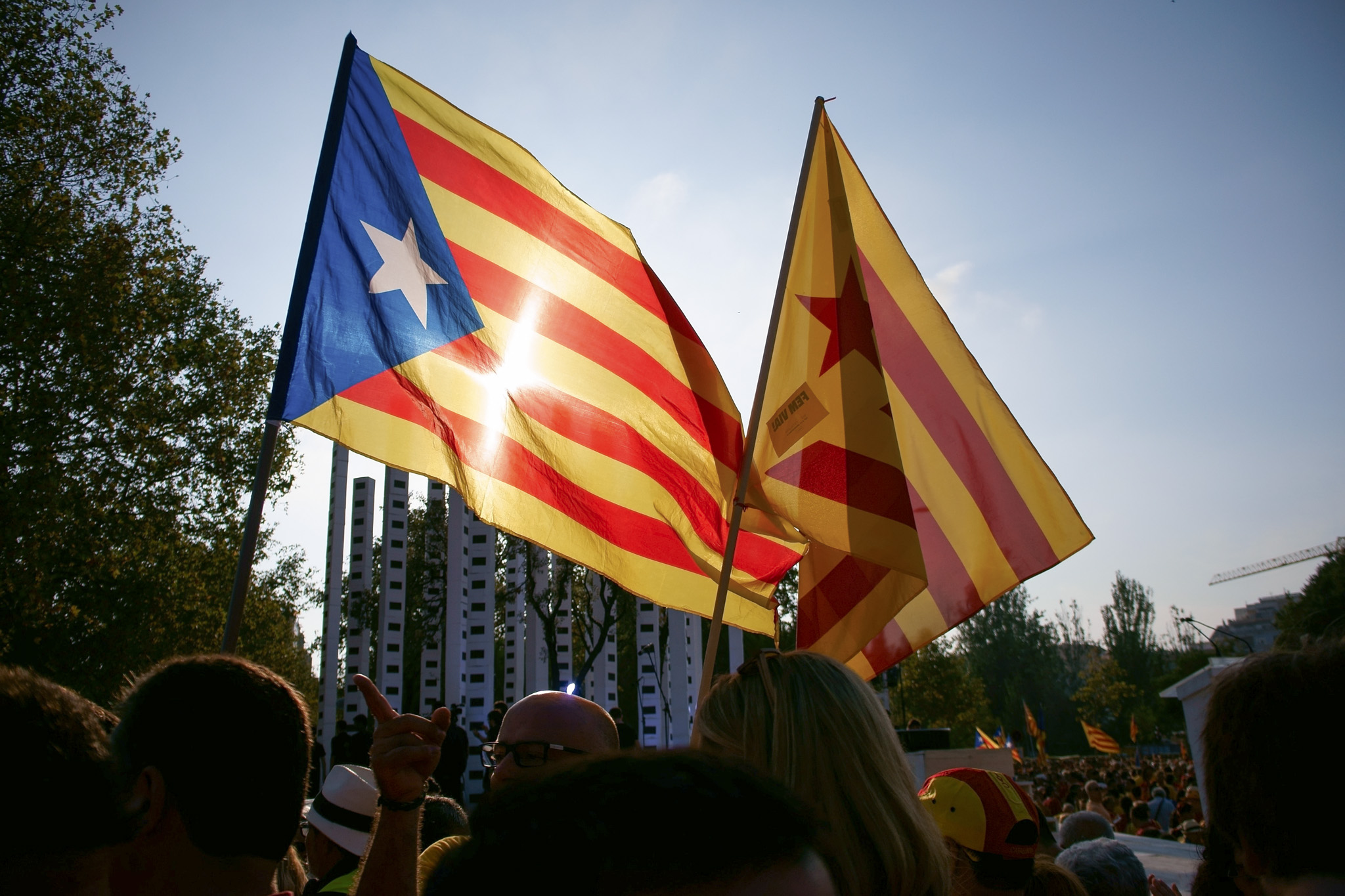 On August 17th 2017, a van rammed into a crowd on La Rambla, Barcelona, killing fourteen and injuring over one hundred people. While n August 26th, Spaniards marched the streets of Barcelona to show that they were “not afraid” of terrorists, others, like Catalan secessionists, busied themselves to organize their agenda’s upcoming events.

Catalonia, situated in the Eastern part of Spain, has long yearned for autonomy ever since the land became Spanish property in the 16th century. Its population, almost as large as Switzerland’s, speaks its own language, Catalan, and has its own set of customs and norms. In the eyes of 45% of Catalans, this cultural divide, added to the region’s economic prosperity, is reason enough to demand independence from Spain. In their eyes, Spain takes more from Catalonia than it gives back. This feeling of injustice prompted a long ongoing string of protests, petitions, and constitutionally illegal referenda demanding complete territorial control and an independent Supreme Court.

The last wide-scale separatist protest to date, which unfolded in 2015 on the 11th of September, Catalonia’s national holiday, was followed by a relatively low turnout in the subsequent referendum for independence. With only half of the expected 4 million voters participating, the movement lost some of the credibility that it had amassed on the street weeks prior. Adding to separatists’ dismay, Artur Mas, the movement’s leader, was demoted of his official functions by Spanish leaders for having taken part in secessionist activity.

This slump in morale was, however, only temporary. Hope of independence was revived in 2016 following Brexit, and the movement rapidly regained activity. New events to raise national and international awareness for the separatist cause were enthusiastically organized. It was decided then that on the 11th of September 2017, a protest march would once again take place and be followed by a referendum on October 1st. Following the terror attacks which struck Barcelona, Catalonia’s capital, the controversy around the separatist cause has swollen to a new high.

Some of the secessionists’ most virulent critics, like Spain’s conservative prime minister Rajoy, are accusing them of being unreasonable for not cancelling their planned actions at a time when the country needs unity, solidarity and peace to heal. Secessionist hecklers during the 26th of August anti-terrorism march further sparked outrage by whistling at the Spanish king and flying pro-independence banners. Catalan activists responded to the growing scandal by stating that life should and must go on as usual in the wake of terrorism. In their view, the country’s attempt to move past the August 17th attacks should not mean that the secessionist debate, which has been plaguing Spain’s internal relations for decades, should be put on hold.

The dispute also raises the question of the feasibility of Catalonia’s independence, economically speaking. Some experts are quick to compare Catalonia’s struggle to that of the Scottish vis-à-vis the British, asserting that independence would bring on a similar set of obstacles for Catalonia, including a difficult re-entry in the European Union and uncertain economic welfare. Others retort that Catalonia already makes up close to 20% of Spain’s Gross Domestic Product, and is thus able to provide for itself. It should then, realistically, have no problem integrating into the European Union, whose global economy is in need of economically robust members.

Catalonia’s struggle is nevertheless not limited to economic considerations, despite this aspect being omnipresent in the secessionist debate. Artur Mas, in 2015, declared that what motivates Catalans the most is their wish to control the fate of their own state. Separatists “don’t want the moon,” but simply a greater degree of self-determination, so that Catalans will feel valued again. Many of their Spanish counterparts from other areas of the country, however, view their demands of secession as a “disconnect” and the protests and referenda as attempts of a “coup” undermining the Spanish vivre-ensemble.

What the majority of people regret most of all is that neither side wants to listen to the other. The imbalance created by Spanish officials’ superior executive powers incites secessionists to use often displeasing tactics to attract their attention, like on the 26th of August, incessantly adding fuel to the fire. The battle monopolizes media and civil attention which could be put to better use, particularly in the aftermath of terror attacks, in which great care is needed not to fall ill to hateful attitudes. Without mutual communication and concession, the Catalan separatist tug-of-war is bound to repeat itself, over and over again.