A Cautionary Tale of Amazon HQ2 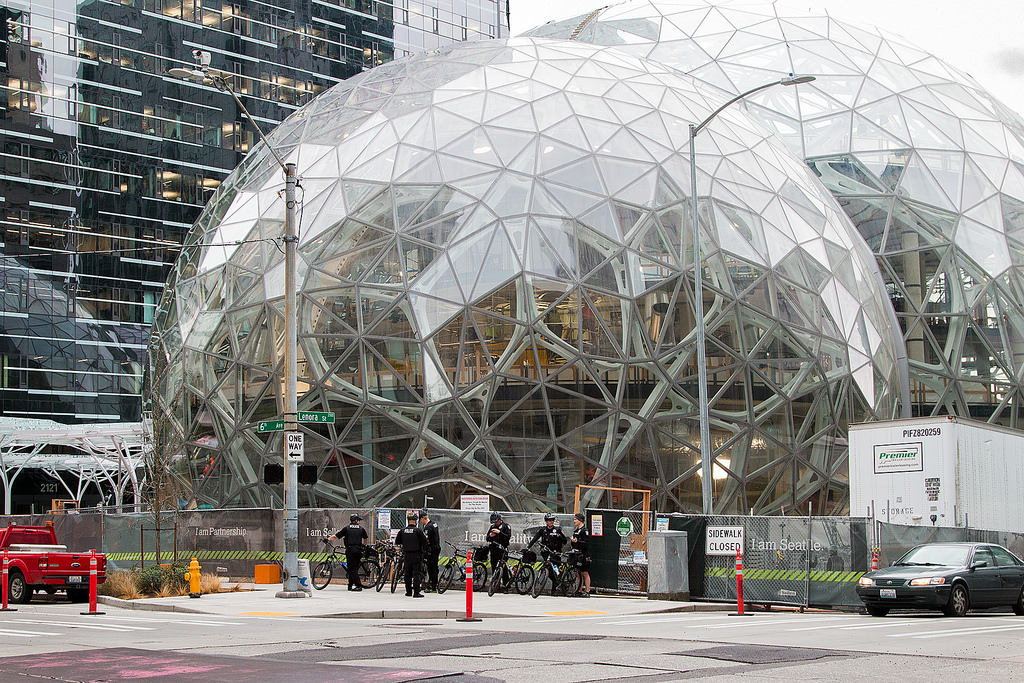 Last week, Chicago formally submitted a bid to house Amazon’s second headquarters, HQ2. Mayor Rahm Emmanuel and Governor Rauner came together along with a committee of 600 business owners, community leaders, and government officials to make the bid. 10 locations across the city and suburbs were suggested, spanning from the Northside, to Downtown, to the Southside. Not many details of the bid were released due to the intense competition between cities, but the focus of the bid was on Chicago’s impressive work force. It is not clear if the city offered Amazon any tax breaks or incentives for the new campus.

Chicago is in fierce competition to win over Amazon, competing against smaller cities like Columbus, Ohio to metropolises like New York. It’s one of 53 cities that meets Amazon’s two main requirements: an international airport and a population over one million people. The company is promising to invest $5 billion into the new campus that will house 50,000 staff members.

The bid for HQ2 is arguably better than the last big bid Chicago went for, the Olympic bid. When Chicago was vying to host the 2016 Summer Olympics, there were Chicagoans in favour of and opposed to hosting the Olympics. The games would have brought momentary jobs and revenue to the city, which some citizens argued would help the city have a more peaceful summer. On the other hand, every Olympic host city has gone over their budget and Chicago would’ve been left with no permanent jobs and a ghost Olympic village.

Conversely, Amazon HQ2 would be a permanent development that has the advantage of many possibilities for growth – some economists estimate that “spillover” jobs created by the presence of Amazon could amount to 300,000 jobs over a few decades. Although this sounds like a tremendous benefit to welcoming Amazon, the truth is that many of the initial 50,000 jobs and future tangential jobs wouldn’t go to Chicagoans. Amazon would be taking advantage of the clustering effect and gathering specialized tech workers from around the world. No effort would be put into training or educating local Chicagoans so that they could fill those jobs. In the end, this would create much less than 50,000 jobs. Additionally, no matter which Chicago neighborhood was chosen for the new campus, the local residents could be easily pushed out by the quick and ruthless gentrification that will surely follow the construction of HQ2.

The only way to make HQ2 work for current Chicago residents is to ensure a Community Benefits Agreement (CBA) with the city and the company. 73 civic leaders from across the country have come together to write an open letter to Amazon about what a community would need to be guaranteed from the company in order to benefit from the development. The letter addresses three main concerns: jobs, building and sustaining great communities, and accountability and transparency. The letter is a great start to making sure whichever community chosen for HQ2 is not taken advantage of, but Chicago would need a much more specific agreement if it were chosen.

Although a CBA is a good place to start, Chicago and Illinois are in volatile positions on many accounts. The state just ended its 793-day long budget impasse over the summer, and the city is nowhere close (it never has been) to stabilizing good public schools in every neighbourhood. That’s just a few of the issues Chicago is facing. HQ2 could help spur growth and good, inclusive development in Chicago, but so could local businesses and citizens if they were given help and attention from the city and state. HQ2 won’t be a saving grace for Chicago on a multitude of issues and it could possibly worsen many problems: it should be approached with a great deal of caution.