Celebrities, Felons, and Cronyism: What is Wrong With Philippine elections? 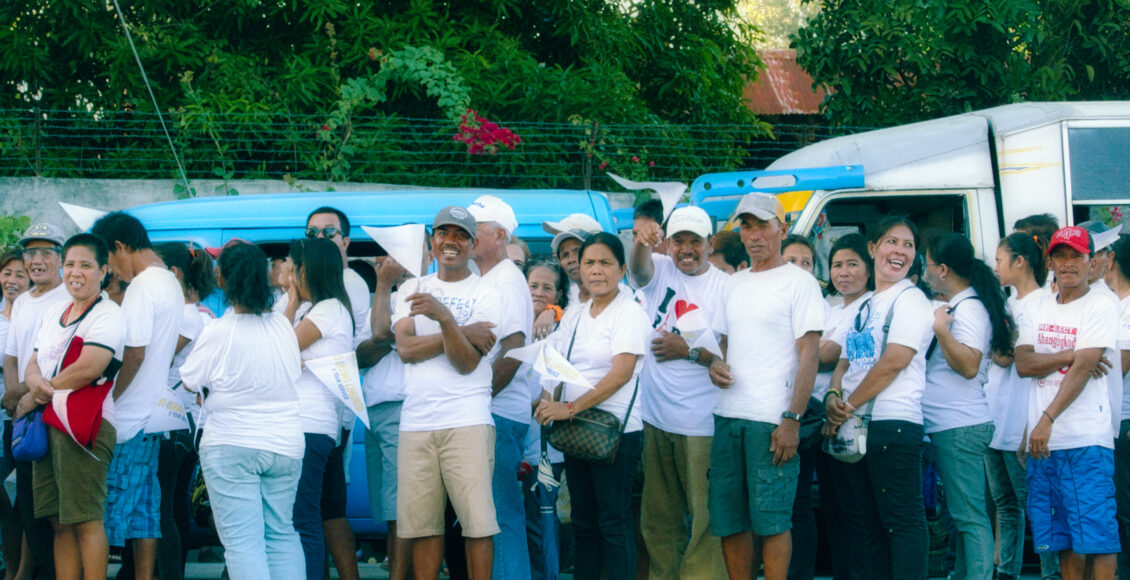 After years of extrajudicial violence, corruption, and democratic backsliding under Duterte’s administration, the Philippines will finally hold its next general election on May 9, 2022. For others, the day might be ordinary. For Filipinos, it is significant for the fragility of the country’s economy and democracy.

The election season in the Philippines is never dry. There will be public feasts where candidates sing karaoke, dance on stage, and use their charm to attract voters’ support. Campaign workers will openly go door to door buying votes, particularly in poor areas. Elections are also a dangerous period. Many politicians resort to using intimidation, violence, or even murder against their rivals and their allies.

The state of Philippine elections is deeply concerning. We have normalized a system where we judge the candidates’ fame and charisma more vigorously than their policies and skills to govern the country.

Many “eligible” Filipinos have declared their candidacies, but some of them are celebrities with no political experience, and others are recognized felons and corrupt officials. For instance, current Senator Panfilo “Ping” Morena Lacson Sr. announced his presidential bid despite facing multiple murder charges in 1995 and 2010. The actor and former Senator Jose Pimentel Ejercito Jr., known as “Jinggoy Estrada,” will re-run for a senatorial seat notwithstanding a pending P183-million plunder case. Ferdinand “Bongbong” Marcos Jr., the son of an ex-dictator, will also run as president despite his family’s responsibility for thousands of cases of torture, illegal detention, and disappearance that have left a horrific mark on Philippine history. Given the current state of elections in the country, I cannot help but ask myself: What is wrong in the Philippines?

To further understand the intersection between crime, politics, and governance, I interviewed Emilia Pedrosa, a former Political Science professor at Adamson University in the Philippines. The interview took place on October 22, 2021. It was recorded and transcribed but is edited for length and clarity.

JON MARVIN REYES: How do elections work in the Philippines? Do you think the current qualifications to run for public office are sufficient?

EMILIA PEDROSA: During the election, the people decide who to vote for. However, the qualifications to run for office are problematic. According to the 1987 Constitution, the vice-president and the president must be “a natural-born citizen of the Philippines, a registered voter, able to read and write, at least 40 years of age on the day of the election, and a resident of the Philippines for at least ten years immediately preceding such election.” Today, anyone can run.

In most cases though, the Filipinos often vote according to what they see, more based on popularity. They vote who they hear and see often. The keyword here is “oft.” It means visibility; the more visible and known you are to people, the more likely they will support you. They will vote for whoever comes first in their mind.

JMR: Do you see an intersection between crime and corruption and governance in the Philippines? How?

EP: The most chronic problem in the Philippines is corruption. It is a long-time problem that does not only exist in higher offices. It is a bottom-up issue, existing from the local to the national governments. However, it is hard to fight against it for some reason as it has already been part of our culture. It has been tolerated in the past, even until today.

JMR: Why are political dynasties always present in the system?

EP: The political dynasties remain present because of two reasons. Positively, they aim to continue the programs that their family members had already started. If other people were to take over the position, they might not pursue such plans. Negatively, they tend to control power. They do not want to extend this so-owned power to others.

Another problem is political nepotism and cronyism. Politicians use their influence to favour their relatives or friends, especially by giving them jobs — even without qualifications. If you know someone in authority, you might gain favour.

JMR: How is it possible that people like Lacson, Estrada, and Marcos can still run for public office? In your opinion, how do they still manage to win?

EP: Aside from lack of qualification, their victory has something to do with Filipino voters too. Again, the notion of “oftenity.” The candidates also know how to get the heart and minds of Filipinos, especially the poor. When politicians show empathy to people and provide them with goods, they get most of the points.

The majority of the voters are below the middle class. That’s why these people are well taken care of during the election. Once politicians get what they want, the poor are forgotten. But I believe that the Filipinos of this generation are better educated. They do not vote based on “oftenity” anymore.

JMR: What can be done to solve such problems, both within the system and Filipino citizens?

EP: During my years of teaching, it has been debated whether the problem lies in the system or the people. I believe people can change. When you bring Filipinos anywhere in the world, they behave well. The problem is not on the people but the system. It is worth noting that the Philippines has many legislations, but we do not have sufficient power to enforce such laws. Therefore, we should change the approach. Maybe once the system changes, people will follow. There must also be a good leader.

As citizens, we must be intelligent voters. We must see whether or not these politicians have a serving heart that will lift the lifestyle of the Filipinos. Another rampant problem in the Philippines is the influence of elders from religious institutions and organizations. Whoever they support as a church will have to be supported by its members. This, too, should change.

JMR: If we apply such changes, how do you see the Philippines in the future?

EP: I look forward to a brighter and stable Philippines, a country that is competitive economically and internationally. There are many changes to be applied, but as Filipinos, we should also contribute if we want our country to be known worldwide. I believe it is still possible.

What is wrong in the Philippines?

As Emilia Pedrosa describes, there are two problems in the country. One of these problems is the system itself, while the other problem is the priorities and attitudes of Filipino voters.

Within the system, the problem starts from inadequate candidate qualifications. The relaxed eligibility requirements in the Philippine Constitution authorize people to run for public offices, even if they have a criminal record or no related educational background and political experience. The corruption is also institutionalized, tolerating other officials to plunder office even from the local governments. Political dynasties are also problematic; corruption becomes a cycle because certain families rule the government. Moreover, the notions of political nepotism and cronyism are systematized where only the relatives and friends of those in authority can gain favours in the government.

Among Filipino citizens, the problem is predominantly evident in their voting habits. In most cases, they vote for public figures who they idolize as celebrities instead of considering experience and accomplishments. The influence of elders is also a factor, as many of them convince young voters to vote for, especially religious institutions.

Crime and corruption are not new in the world of Philippine politics. They have become a culture, and Filipinos learned to live with them. However, if Filipinos change their voting habits, they are more likely to see a greater Philippines.

Feature image: “Waiting to vote: Election day queue at a polling station” by Brian Evans is licensed under CC BY-ND 2.0.