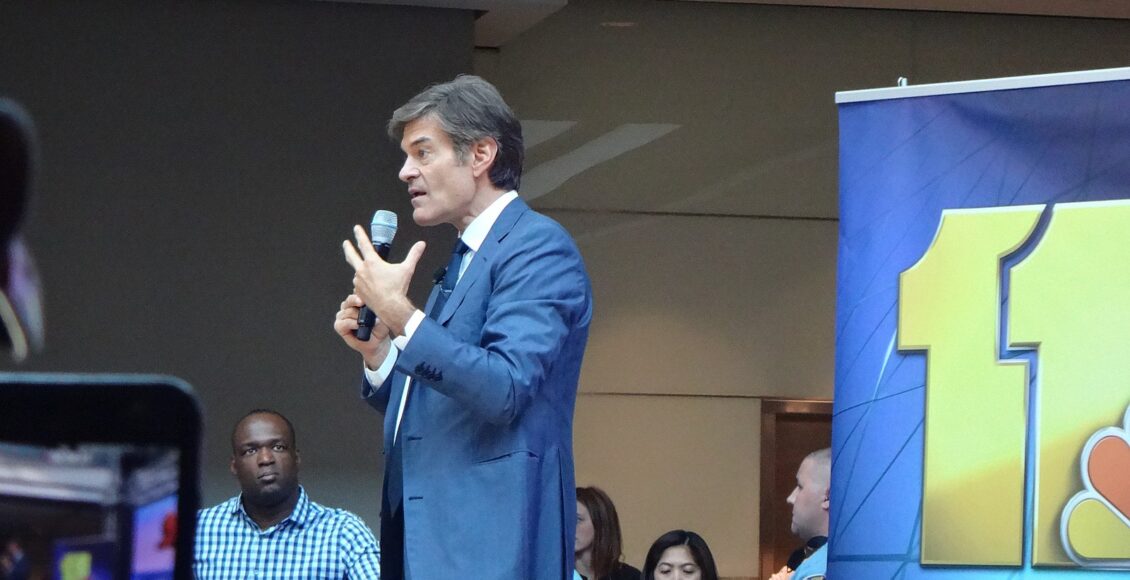 Since the 2016 Presidential Election, unprecedented political turmoil and polarization have plagued the political landscape in the United States. A fragile Democrat majority in the House of Representatives and a 50-50 split in the Senate (with Vice President Kamala Harris being the tiebreaking vote) creates a crucial situation for Democrats heading into the 2022 midterm elections.

One of the most highly-contested and decisive races of the 2022 election cycle is in the state of Pennsylvania, an important and unpredictable swing state that voted for President Trump in 2016 and President Biden in 2020. Upon the retirement of Pennsylvania Republican Senator Pat Toomey, two candidates are vying for his spot. The two contenders, Pennsylvania Lieutenant Governor John Fetterman and TV Personality Dr. Mehmet Oz, have attracted attention to this race through creative advertising, controversy, and Oz’s celebrity status.

One of the most notable differences between the candidates of this race is their relatability to voters. The Democratic nominee, Lieutenant Governor Fetterman, has branded his campaign on authenticity. He is easy to spot at campaign events, standing at 6 feet 8 inches tall and often wearing shorts and a sweatshirt. Though an uncommon uniform choice in politics, the out-of-the-box approach to Fetterman’s campaign only begins there. While the rural and industrial towns of Pennsylvania dubbed “Trump Counties are considered the most conservative parts of the state, ” the Democratic nominee spends most of his time campaigning there. With his roots in the blue-collar town of Braddock, where he served as mayor for nine years, Fetterman has built his campaign on his connection to the working-class population of Pennsylvania.

On the Republican side, Dr. Mehmet Oz narrowly clinched his party’s nomination after a recount in the primaries. Infamously known as the host of the long-running TV program “The Dr. Oz. Show,” Oz’s celebrity status has brought attention to this race. Oz’s previous political involvement is limited, but as a retired cardiothoracic surgeon, he served on the Presidential Council on Sports, Fitness, and Nutrition upon appointment by former President Trump. This position has been a cornerstone of Oz’s campaign, along with the support and endorsement of the former President. Still, politicians of both parties have been highly critical of his candidacy.

One of the most prevalent critiques of Oz’s campaign pertains to his residency and voting address – Oz has lived in New Jersey for the past three decades and had only registered to vote in Pennsylvania in 2020 using his in-laws’ address. While Oz has defended his ties to the state, highlighting his time spent at the University of Pennsylvania business and medical schools, many locals have been quick to highlight his disconnect from the state. Fetterman is leading the charge, calling Oz a carpetbagger. The United States Constitution’s requirements for candidacy are very loosely interpreted, with the Senate clarifying that a candidate must have the intention to live in the state they are running in. The Oz campaign has not violated this requirement.

Despite the legality of Oz’s candidacy, Lieutenant Governor Fetterman has used Oz’s history as a long-time New Jersey resident as fuel for his campaign, often using social media and advertising to troll the doctor. Online, Fetterman launched a petition to induct Oz into the New Jersey Hall of Fame and broadcasted a Cameo video featuring “Jersey Shore ” star Snooki congratulating the Republican nominee on his move from New Jersey to Pennsylvania in search of a new job. These antics did not only play out exclusively over social media. Fetterman also commissioned a plane to fly over the Jersey Shore, a popular vacation spot for New Jersey and Pennsylvania citizens, reading “Hey Dr. Oz. Welcome Home to New Jersey!  – John.”  This unique approach to campaigning has proven beneficial to Fetterman in polling and fundraising; however, it is unclear whether it is enough to win the race. This race is far from predictable in the wake of President Trump’s presidency, the fragility of Congress, and the everchanging scene of Pennsylvania’s political climate.

From a glance, Fetterman seems likely to win. He has raised over $26 million USD compared to $4.7 million by Oz. As of late June, Fetterman was polling six percentage points ahead of Oz. Yet, while Fetterman has outraised Oz in individual donations, Oz has poured almost $15 million USD of his own money into the race and has captured national attention as the latest celebrity to run for public office. With the support that many conservative Pennsylvanians have devoted to Oz and the increasing trend of high-profile public figures running for office, there is a looming question surrounding the shifting priorities and values of constituents not only in the United States but across the world.

This trend is exemplified by figures like former President Trump and Ukrainian President Vladimir Zelensky. These two elected officials have found success running as celebrities-turned-politicians. Donald Trump continues to capture attention with his social media presence and tenacious denial of the 2020 election results, while former comedian actor Zelensky has been hailed an internationally recognized hero for his strong-willed passion for the people of Ukraine. While it is unclear how their celebrity status affected voters, being a household name likely increased the public support and attention each candidate garnered.

In the event of a Dr. Oz election victory, all eyes will be on the newest star-studded public servant. If he loses, many will question the power that celebrity status truly brings to political spheres and electability. The financial influence of multi-millionaires like Dr. Oz over politics is undeniable, yet it may harm the public’s perception of the candidate rather than help. Many voters are already highly skeptical of corruption in democratic institutions. As extensive campaign budgets and large personal donations back those with little political experience, the appearance of personal gain over public service is unmistakable. But what better way to attract attention to the issues Americans face than to elect an A-Lister to champion the cause? There are many potential benefits and drawbacks to celebrity candidates. With a platform comes responsibility, yet the verdict on the intersection of celebrity status and elected office remains undecided.