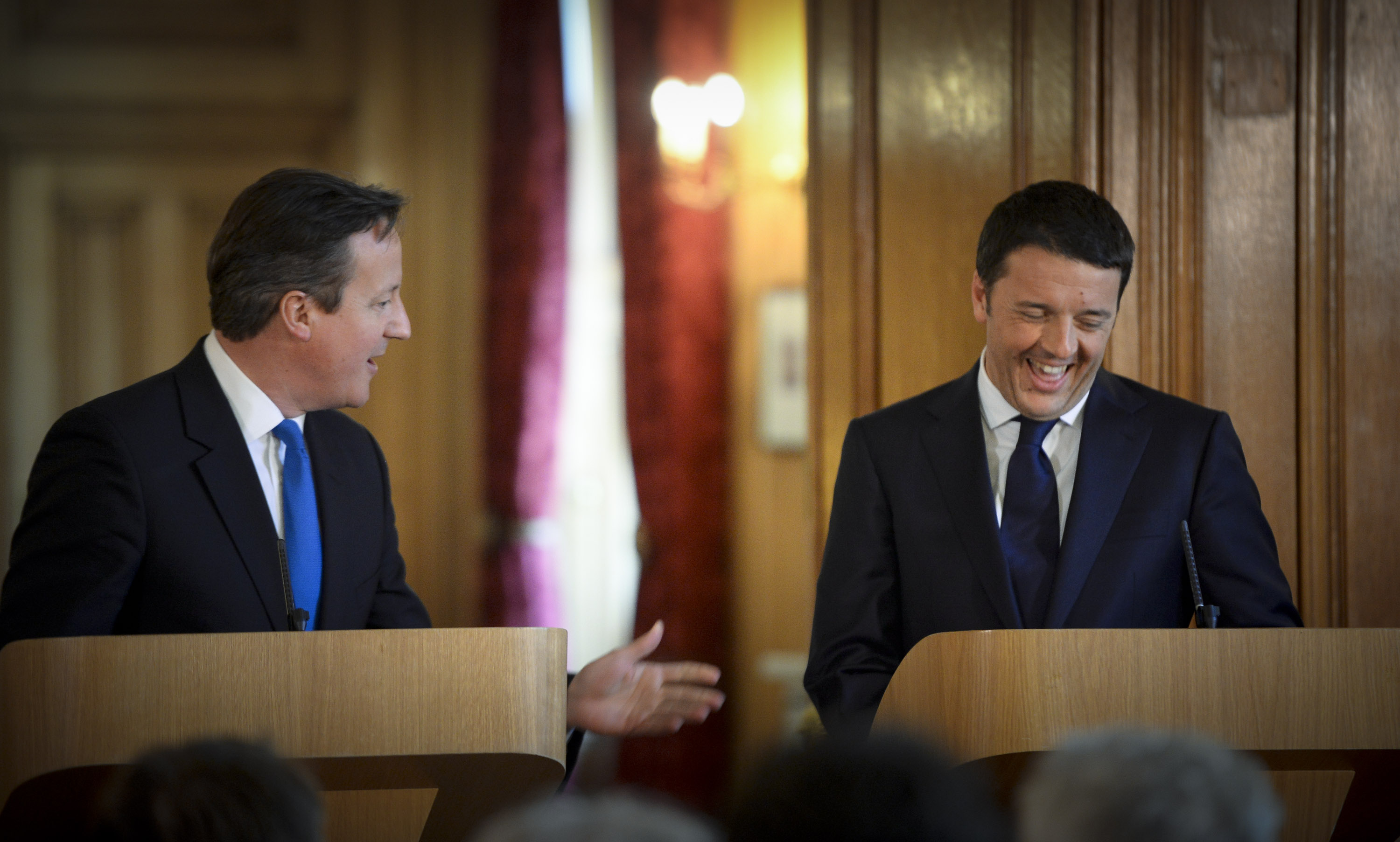 Five months ago, following the defeat of a referendum on which he had essentially staked his career, British PM David Cameron tendered his resignation, leading to widespread fears of economic instability and political uncertainty within both the UK and the EU. This week it was the Italian PM, Matteo Renzi, who did exactly the same, resigning after his country forcefully rejected his constitutional reform package. In both cases, the outcome was a terrible shame.

People familiar with the Italian vote have been quick to note all the ways in which the two cases aren’t comparable: unlike Cameron, Renzi had promised to resign were he to lose, essentially making the referendum a vote about himself and his time in office rather than the actual proposals spelled out on the ballot. Unlike the Brexit vote, polls had been showing for some time that the referendum would likely be defeated, meaning markets were already anticipating the political and economic uncertainty that would follow a Renzi resignation.

Unlike the Brexit vote or the US election, the Italian referendum can’t simply be read as a kick to the “establishment” – while it was true that the generally unpopular EU politicians supported the proposals and that anti-EU populists campaigned against them, it was also true that elements of the “establishment” like former conservative PM Silvio Berlusconi (somehow still around and relevant) and some former leaders of Renzi’s Democratic party were also against it. On the other hand, Renzi’s entire political persona had been crafted as that of an outsider, a “demolition man” who would get to the heart of Italy’s problems, and it was true that voting “No” would end up maintaining the same status quo that has failed so many Italians, especially young Italians (youth unemployment currently stands at 37%, and Italian GDP remains below where it was in 2007).

The referendum question itself was also far more arcane and difficult to understand than the one presented before British voters: Renzi’s proposal largely consisted of dismantling the Senate, the upper house of the Italian Parliament. The number of senators would be dramatically reduced; they would be selected by regional councils and cities rather than be popular elected, and they would no longer have the power to kill legislation proposed by the Chamber of Deputies or bring down the Cabinet. The system of “perfect bicameralism”, where both houses are equally powerful, is unusual in Europe, and Renzi claimed that getting rid of it would result in increased governmental stability (the country has had 65 different cabinets since the end of World War II) and a faster, more efficient process for passing legislation.

Reasonable, thoughtful people made reasonable, thoughtful arguments both for and against the proposal – whether the Senate was really the cause of instability and lack of reforms; whether entrusting regional governments with choosing senators was really a good idea; whether a lack of a Senate would result in too few checks and balances, but once Renzi staked his career on the outcome, conversation moved away from weighing these pros and cons. According to an opinion poll, 57% of respondents were conceptually in favour of weakening the Senate, even as the same poll showed “No” ahead by five points; 60% of respondents said they knew little about what the referendum was about.

Poor Renzi. When he came to power almost three years ago, the then-39-year-old Renzi was supposed to be the young, confident, charismatic leader who would finally push through the reforms necessary to make Italy competitive again, as well as provide a centrist, reformist way forward for social democrats, who have been struggling throughout Europe. In the European Parliament elections of 2014 his party beat all of his Italian rivals by 20 points, reinforcing this narrative that Renzi was a strong leader who would be instrumental in guiding Europe, in a way that Italian PMs rarely are.

Renzi did enact several wide-ranging reforms, in labour law, education, and the civil service –  but following the migrant crisis, an earthquake, a bank bailout-turned-ministerial scandal, massive protests against his reforms, and continued economic sluggishness, his sheen wore off, and popular opinion turned decisively against him. This trend culminated in his defeat in the referendum, where 59.1% voted “No,” a far larger margin than polls were predicting.

While it is true that Renzi’s concrete economic record was mixed at best, it’s not clear that any of the alternative parties on offer would be any better. There is the anti-establishment Five Star Movement, who refuses to be classified along a left-right axis; it is led by a charismatic if vulgar former comedian and stresses direct democracy and fighting corruption, although it is broadly Euroskeptic (promising a referendum on whether or not to stop using the Euro) and promotes conspiracy theories with uncomfortable frequency. It has never held national office, and its record with the mayoralty of Rome has been less than stellar.

Then there is the octogenarian Berlusconi’s centre-right party, which should really have fresh leadership by this point but doesn’t, as well as the Lega Nord, an anti-immigration, radical-right party whose leader has deliberately adopted a Trump-ian aesthetic in the past month. None of these choices are likely to do a better job than Renzi at reforming the moribund economy; at the very least the Five Star Movement takes power and wastes numerous months pursuing their Euro referendum (or possibly two) that could be spent fixing the economy.

Few in recent Italian history have had both the authority and willingness to pursue tough reforms that Renzi has, and these other parties are unlikely to either. It’s also likely true that none of them would command the sort of respect at the European level that Renzi did, which is something that might be useful on the off-chance that, say, Italy needs European help resettling the thousands of migrants washing up on its shores or EU permission to exceed its budget deficit cap.

Thankfully, there is one last key difference between the cases of Cameron and Renzi. When Cameron resigned as Prime Minister, he also resigned as leader of his Conservative Party, which rather quickly found someone to replace him – but Renzi remains leader of the Democrats (at least for now), and as such would be the party’s candidate for Prime Minister at the next elections, which may even be held within six months (in the meantime, Paolo Gentiloni, Renzi’s Foreign Minister, will act as a temporary Prime Minister).

There is no doubt that Renzi has been politically damaged by this referendum outcome – but, read a different way, getting 40% of the vote in Italy’s fractured, polarized landscape, even as every other actor in the Italian political scene campaigned against him, is a rather impressive feat. 40% wasn’t enough to win in a referendum with two options, but in a general election with numerous parties, 40% may be a good enough score to get Renzi back into the Palazzo Chigi.

To paraphrase his comrade-in-referendum-defeat, Renzi “was the future once.” Maybe he still is.