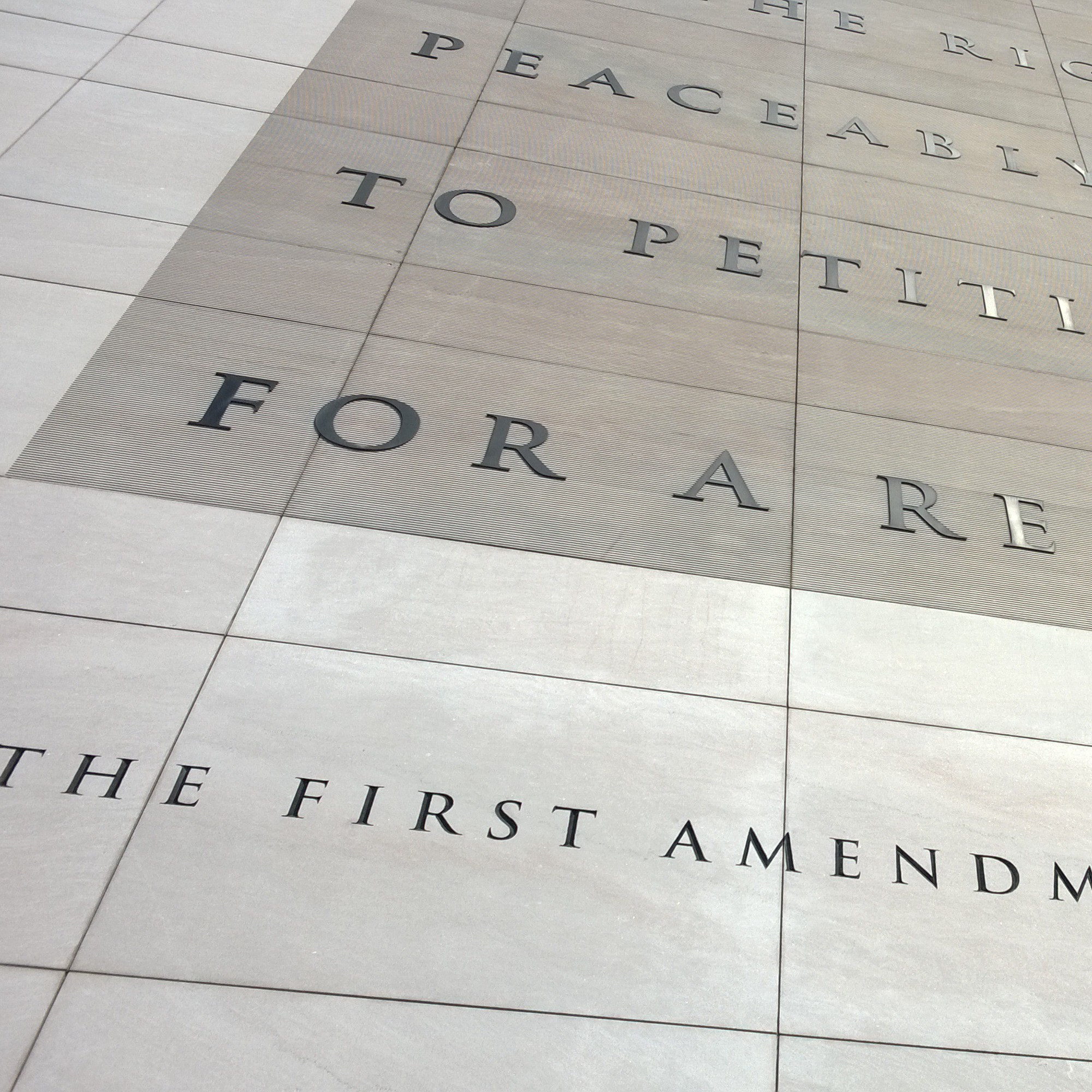 We are lucky to live in a time and place when we are granted the right to free speech. In our digital age, we can see the effects of the use of this freedom clearer and faster than before. We can quickly see the negative effects of speech that is protected by the constitution that is used to express opinions of hate or dissatisfaction with certain groups, races, or people. The biggest and most recent event being the protests in Charlottesville, and it has highlighted the issues on free speech that we still need to discuss.

It is by no means perfect, but we have learned to be more sensitive in our interactions with one another—erring on the side of caution when talking about controversial or touchy topics. In light of recent events in Charlottesville, a conversation needs to be started on free speech versus hate speech: should the government limit speech in order to protect the people?

The protests started due to the city’s decision to remove a statue of Robert E. Lee. He was a confederate general and supporter of slavery in the South. The “Unite the Right” rally consisted of alt-right groups and those with similar opinions. Majority of the people who attended the rally wanted to keep the statue to commemorate the country’s history. They believe that the removal of the statue is representative a rewriting of history with the goal of political correctness in mind. Prior to the statue’s removal, the city voted to rename two of the city’s parks which were named after Confederate generals. This angered some of the alt-right, and protests were held prior to the planned Unite the Right rally.  At the venue of the protest, they were met with counter-protesters who disagreed with their views. The governor of Virginia, Terry McAuliffe, declared a state of emergency as the clashes between the protesters turned violent. A man was even arrested for driving into the crowd of protesters, killing a woman and injuring many others.

The United States prides itself with its constitution, and it protects its citizens’ freedom of expression and assembly. Under the document, those who attended the Unite the Right rally had the right to do so and express their opinions. Those who attended the counter-protest were also exercising their right to free speech and assembly. With this, one may ask: when can a protest or speech be deemed unconstitutional? One’s speech has the power to rally people together to achieve something, and this can become potentially dangerous. With malicious intentions in mind, one can use his freedom of speech to incite violence upon another. That speech could be what turns a person who’s frustrated with the current social situation to radicalize, or it could be the reason people justify a violent attack towards a certain group. With this perspective in mind, one can see how someone’s use of their freedom of speech can become criminal or even unconstitutional, for one does not have the right to threaten another individual. As it is the government’s job to protect its citizens, under these circumstances, it can be seen why they would limit the freedom of expression.

Unfortunately, It is difficult to say as “hate speech” has been difficult to define, and even more difficult to implement when faced in courts. Without a concrete legal outline, the American courts will find it difficult to outline what is exempted from one’s freedom of speech. However, it could be for the better that the government does not limit what its citizens can say. There is ultimately a danger in allowing the government to determine what can be censored, for it could snowball into bigger problems of censorship. As hate speech is legally outlined, defined, and prohibited, the government would have a working procedure on how to limit what its citizens can say. This could easily lead to media censorship of any negative rhetoric towards the government, and pro-government propaganda could easily be shared and controlled. It could also lead to censorship of a certain opinion that is not beneficial to the goals of the government. Without diverse opinions and oppositions, the government could easily devolve into ruling without the general will of its people. Given this, one can understand why it is difficult to legislate forms of hate speech or any form of speech limitation. Take note that this is by no means a defense of the beliefs of those who attended the Unite the Right rally were, but more of a defense of their right to express those beliefs. As a citizen of the USA, one is entitled to the freedom to say whatever, no matter how nasty it is. The silver lining in this perspective is those who oppose such horrendous views are also free to express their discontent with them. Everyone at the counter-protests used their freedom of expression and assembly to combat the ideas perpetrated by the alt-right groups. This is the true essence of having one’s freedom of expression protected under the constitution; opposing views are seen and can be expressed, thus creating discussion and debate to ameliorate situations.

We should not condemn the alt-right’s freedom of speech, but we should condemn their acts of violence. By no means is a violent act the way to convey a message, for it only breeds more violent responses and does not start a meaningful discussion of what needs to be fixed in society. In response to the events in Charlottesville, President Trump issued a statement that he condemns “in the strongest possible terms this egregious display of hatred, bigotry, and violence.” He did, however, receive criticism for not stating whom exactly the violence came from because he added that he condemned it from “all sides.” The perpetrators of the violent acts need to be identified and brought to justice because they committed crimes against their fellow citizens, no matter which side they fall on. What is illegal and frowned upon was not their opinions, but the fact that they violently acted on them.  While it is important to call out violent groups, the president may also have a point. Unless they were defending themselves, any sort of violence against another on that day should be frowned upon. It ruined the essence of a peaceful protest, and only alienated the opposing sides further from a productive discussion.

Whether the violence comes from the far right like the Ku Klux Klan or the far left like the Anti-fascist group, it shouldn’t be condoned. Members of Antifa were seen at the counter-protests in Charlottesville in physical confrontations with the Unite the Right rally protesters. To support one radical side and condemn the other is quite hypocritical. One may argue that Antifa, for example, is doing the right thing because they are meeting far-right ideas with radical responses. However, all this does is discourage those in the middle from even participating in the debate, let alone convincing them to lean towards a certain side. Radical thought only radicalizes those who are already leaning towards the far end, and it doesn’t help those whose opinions are caught in the middle. Just because the far right seems to have been more violent than the far left does not mean groups like Antifa get a pass. Violence on both sides should be condemned and called out so we can identify their idiocy.

Charlottesville showed us that we have a long way to go when it comes to debating issues and dealing with hate speech. Especially in a country with diverse opinions and backgrounds, the US government needs to be careful with how it proceeds in this challenge. Starting restrictions on speech could be a slippery slope, but it could also be beneficial if outlined properly. In the meantime, we must understand that the First Amendment protects most forms of speech, no matter how vile. The proper response to such repulsive opinions is to use our own freedom to speak to combat them—avoiding violence when we can. It is unfortunate that it took a disastrous event like Charlottesville to rekindle the debate on this topic, and hopefully it can continue without any more casualties, for it is difficult to protect the freedom of expression when there is no one left to speak.