Children of the Bad Revolution: Thailand and the Call for Democracy 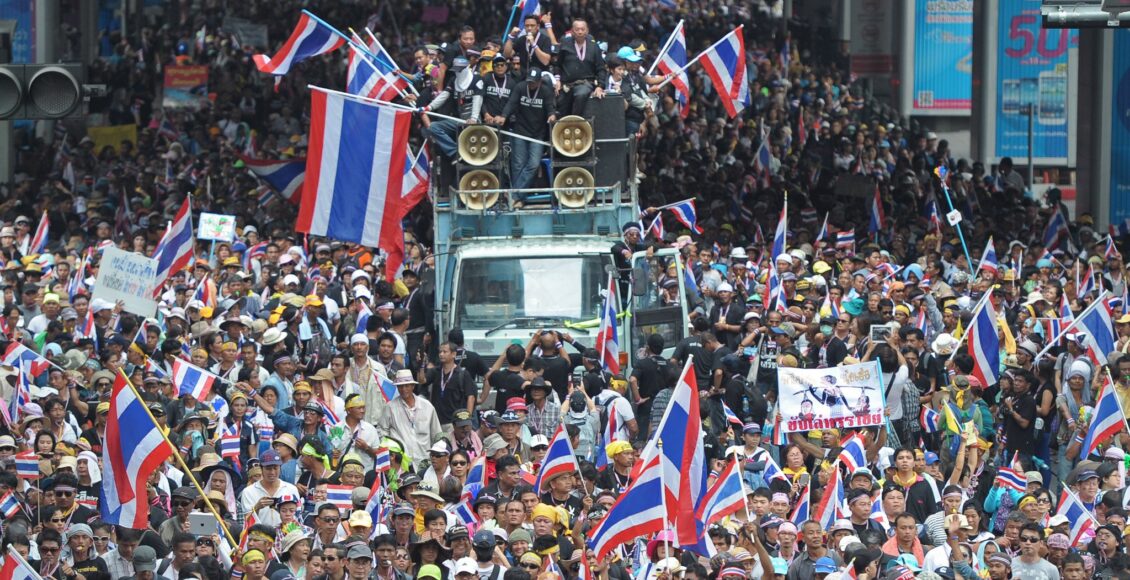 Located at the heart of the Indochinese peninsula, Thailand has been an ostensibly bright centre of economic development in Southeast Asia since the late 1970s. The country became a prominent international financial hub following heavy liberalization policies, earning it one of the highest Gross Domestic Products (GDP) and Human Development Indexes (HDI) in the region. Interestingly, this economic prosperity coexists with a tormented political situation, as the past 50 years have witnessed many coups and revolts, giving rise to a revolving door of democratic and military regimes. The latest episode of this eventful political series began in July 2020, when thousands of students across the country took over the streets in an attempt to end the current military dictatorship. As tensions grow, along with the list of demands from protesters, Thailand might find itself reliving some of its darkest hours.

The rise of the Thai military regime

The current Thai administration has been at the centre of notable political upheavals since May 2014, when the National Council for Peace and Order (NCPO) launched a coup against then-Prime Minister Yingluck Shinawatra. The coup represented an attempt to quell large-scale protests beginning the year after a corruption scandal involving Shinawatra. In addition, many feared the political influence of her older brother, telecoms tycoon Thaksin Shinawatra, who served as Prime Minister of Thailand from 2001 to 2006, when his second term ended via a military coup.

The current Prime Minister, Prayut Chan-o-Cha, led both coups during his tenure as chief of the NCPO. In the aftermath of the 2014 coup, Prayut assumed the functions of Prime Minister, installing a new national legislature that favoured the military junta. This restructuring facilitated his victory in the August 2019 election, when he officially began his tenure as Prime Minister of Thailand and Defence Minister and head of the Royal Thai Police. The Prayut administration has since incited heated debates regarding the protection of civil liberties. Most notable, perhaps, are Prayut’s comments about freedom of the press in the country, given his propensity to joke about executing journalists along with his forceful closure of media outlets that did not adhere to government policies.

The reinforcement of the lèse majesté law in 1976, after the Thammasat University massacre, further bolstered undemocratic practices. The law criminalizes defamation, insult, or threats against the Thai royal family, with a penalty of up to 15 years in prison. The Thai monarchy is the only constitutional monarchy that retained lèse majesté law after World War II. Many argue that this policy insulates the royal family from criticism, drawing on former Siamese conceptions of absolute monarchy, according to which people born into the royal family are incarnations of gods and angels. This narrative blends politics and religion, making it harder for citizens to claim their rights as a nation. The result is a downward spiral of ever-increasing restraints on civil liberties, eventually stirring opposition from Thai citizens.

A Resurgence of protests in Thailand

Current protests in Thailand trace back to February 2020, when the Constitutional Court dissolved the Future Forward Party (FFP), a progressive alliance with an electoral body consisting primarily of students and young professionals. Consequently, all FFP members were banned from politics for ten years and faced individual sanctions ranging from three to five years in prison. In response, large-scale protests amassed around the campuses of Chulalongkorn and Thammasat, the two top-ranking universities in Thailand. The emergence and the quick outbreak of the COVID-19 pandemic around the same time considerably slowed further rallies against the government. The Emergency Decree promulgated by Prime Minister Prayut Chan-o-cha reinforced the already-declining momentum of the movement by formally banning public gatherings to curb coronavirus cases. However, the Free Youth Movement breathed new life into the protests on July 18, 2020, with a massive street demonstration spearheaded by the Student Union of Thailand. Adding to the general sense of fatigue from anti-democratic practices, protesters also voiced their economic exhaustion amid increasing unemployment caused by Prayut’s management of the COVID-19 pandemic.

Regular protests have been held around the country over the summer up to this day. Students and young people have used strong symbols to strengthen their voice and give more visibility to their platform, borrowing the signature three-fingered salute from the Hunger Games book and film series to symbolize rebellion. Social media platforms, specifically Facebook and Twitter, significantly increased the movement’s organizational capacities and its visibility. Protesters have used this platform to express three core demands: new elections, amending the constitution and ending the lèse majesté law, which prevents criticism of the government. Throughout August, three more points were added to that list, intended to help shape a constitutional monarchy where the royal family would retreat from power, similar to the British Crown. Additionally, the enlarged scope of this movement centered around students is strongly reminiscent of Thailand’s previous waves of political upheaval against authoritarian institutions.

Students at the heart of Thailand’s contemporary history

Modern political developments in Thailand reflect the country’s troublesome history. The 2014 coup that ousted Yingluck Shinawatra was the twelfth since 1932, also known as the Siamese revolution, which sought to abolish the absolute monarchy under the Kings of Siam. Thammasat University also boasts a vivid history of being at the centre of student-led protests, having birthed the 1973 and 1976 movements that were violently repressed by the military, respectively leading to the October 14, 1973 uprising and the 1976 Thammasat University massacre.

Akanit Horatanakun, a Ph.D. candidate in political science at McGill University, believes there is a connection between the ongoing student movement and Thailand’s history of youth-led protests. “Their political ideology is revolutionary, […] such ideational legacies have allowed students to be able to imagine themselves as a member of the historical movement, inheriting the shared revolutionary goals and ideologies across time,” he said in an email conversation. He also noted the crucial role played by digital platforms, particularly Twitter, in allowing “rebellious ideas [to] become expressible under authoritarianism.”

According to Akanit, the value of these platforms is especially pertinent as “it is the first time in Thai contemporary history that the mass[es] claim the nation back to free and equal citizens.” Undoubtedly, this is a significant step toward deconstructing the myth presenting the Thai royal family as divinities.

When asked about protests’ implications for durable political change in Thailand, Akanit articulated a more nuanced narrative. He noted, “political change is inevitable, but to what degree is still the question. […] Reform or the three demands of the movement is difficult to achieve.” The latest chapter of this political saga took place on October 14, with a rally led by the pro-democracy activist group Free People, marking the 47th anniversary of the 1973 uprising, prompting Akanit’s observation that “the protest at Thammasat in August has mostly eliminated the ceiling of expression to the point that […] suppression of political expression is no longer effective […], it is only about when the change will come.” Still, if these protests continue to gain traction and attention, there is reason to believe that a shift towards democracy will occur in Thailand.

Author’s note: Akanit Horatanakun is pursuing doctoral studies at McGill University, currently residing in Bangkok for his research. His dissertation provides a comparative study on the relationship between the state and civil society with regards to human rights in Thailand and Taiwan.