China and Russia: A Complicated History 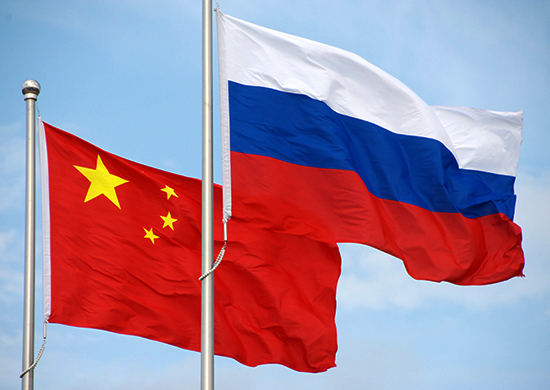 After the Chinese Communist Party (CCP) came to power in 1949 and founded the People’s Republic of China (PRC), the USSR and China officially signed the “Sino-Soviet Treaty of Friendship, Alliance, and Mutual Assistance.” This treaty distressed many who were experiencing the beginning of the Cold War. It included, among other provisions, a loan of $300 million USD to China from the Soviet Union, the return of key Manchurian cities back to the Chinese and a pact of mutual defence. At the time of signing, many US political commentators argued that the treaty proved the argument that communism was a monolithic entity headed by the USSR. Importantly, the treaty did force China to recognize Soviet hegemony. However, unlike in its puppet states, the Soviet Union had no direct control over Mao or the CCP. Indeed, later divisions between the Kremlin and CCP would prove the Americans wrong.

Tensions between the two emerged as Stalin’s successor, Nikita Khrushchev, commenced the “de-Stalinization” of the Soviet Union’s foreign policy. In contrast to Stalin, Khrushchev believed in co-existence and non-confrontation with the West. On the other hand, Mao was a staunch defender of Stalinism and believed in direct engagement, even as the USSR began to abandon such hard-line policies. Mao’s “Great Leap Forward Plan,” for example, was reminiscent of an orthodox approach to communism. It included introducing collectivized farming, removing children from their parents, and forcing peasants to meet quotas for steel production. It also promoted traditional Soviet farming techniques, such as planting the same crops very close together, which resulted in an immeasurable amount of farmland rendered useless when combined with other factors. The ideological playing field was split, with the pro-Stalinist CCP weighing themselves up against the post-Stalinist Soviets.

After Krushchev met with President Dwight Eisenhower at Camp David in 1959, these ideological tensions heightened over two specific incidents. Following the meeting, Khrushchev pulled the Soviet Union out of its agreement to help China develop nuclear weapons. Secondly, the Soviet Union decided against siding with China during the Sino-India war. The relationship’s evolution came to a complete stop when Khrushchev refused to go to war with the US over the Cuban Missile Crisis in 1962. Mao and the CCP believed that Khrushchev should have opted for direct confrontation with the US, demonstrating the critical foreign policy divergence between the two on the world stage. By the time the Soviet Union had broken off relations with the PRC in 1962, the latter had done the same.

The following years saw numerous flashpoints; most notable is the Sino-Russia border conflict of 1969. Throughout 1968, Chinese and Soviet leadership traded insults through the press as Soviet troops concurrently invaded Czechoslovakia to “protect” the state from anti-communist forces, leading to fears that the Soviets might do the same to China. Troops built-up on both sides of the China-Russia border. By March of 1969, the Ussuri river (which acted as a border between the two countries) became a central point of conflict. According to Mao, China’s goal was to instruct upon the Soviets “a bitter lesson.” Ongoing tensions between the two nations were finally stabilized in 1989 when Gorbachev and Deng Xiaoping publicly shook each others’ hands. Like Krushchev, Deng Xiaoping was a reformer, preferring to slowly open up to the West instead of adopting a policy of direct confrontation.

Recently, as tensions between the US and China have risen, Russia and China have grown closer. Nevertheless, as Dr. Macin Kaczmarski argues, nothing is certain. There are points of convergence in their political beliefs: on the centrality of the UN, a vision of a multipolar world, and the interconnectedness of Russia’s natural resources and China’s highly industrialized markets. Yet, there are also areas of disagreement, such as the growing economic disparity between the two states, which some in Moscow fear may lead to Russia holding a weaker economic and political position in relation to the CCP. Moreover, according to Janko Šćepanović, a researcher in Shanghai, “China is much more interested in stability than Russia, which sometimes benefits by openly challenging the West.” The ongoing invasion of Ukraine clearly demonstrates Russia’s current inclination towards open confrontation.

Alexander Gabuev, a Senior Fellow at the Carnegie Moscow Institute, argues that in the end, it is their simultaneous clash with the United States that brings the two countries together. Last month, Xi Jinping openly stated that there was “no limit” to strengthening  Sino-Russian relations. In the past few years, some have argued that China’s growing power could potentially lead to Russia seeking out a closer relationship with the United States. Still, as current Senior Advisor to the US Secretary of State’s Office of Policy Planning, Jonathan E Hillman writes, “the possibility that Russia could lean again toward the West and away from China seems far-fetched at present. China is not threatening enough, nor the West welcoming enough.” With the recent invasion of Ukraine, this supposition has grown increasingly unrealistic.

Russia’s invasion of Ukraine puts China in a complicated position, forcing it to balance various political interests. On the surface, China has taken to neutrality, arguing that it doesn’t wish to become involved in the conflict. It even abstained from the vote against Russia’s aggression during a UN Security Council meeting on February 25.

Ian Johnson, a senior fellow for China studies at the Council on Foreign Relations (CFR), argues that China knows that if it openly supports Russia at this moment, it could have serious and direct consequences on its primarily democratic trading partners, such as the EU and Japan. Additionally, if China publicly backs Russia, “most wealthy democracies would perceive China and Russia as being in a 1950s-style communist alliance.” Therefore, it is doing what it can to strengthen its relationship with Russia without outright offering aid in an internationally recognized manner. In a March 1 press conference, the Deputy Director of the Foreign Ministry Information Department of China, Wang Wenbin, stated that sanctions are not an effective solution and that in spite of them, “China and Russia will continue to carry out normal trade cooperation following the spirit of mutual respect, equality and mutual benefit.” Overall, the relationship between China and Russia has a deep — and not always amicable — history. Their rapprochement in today’s political climate is primarily due to their parallel confrontations with the United States, but the coming months will show the world how strong this relationship truly is.

Featured photo: The flags of Russia and China by Барвенковский is licensed under CC BY 4.0