China, the Unlikely Leader of the Green Revolution 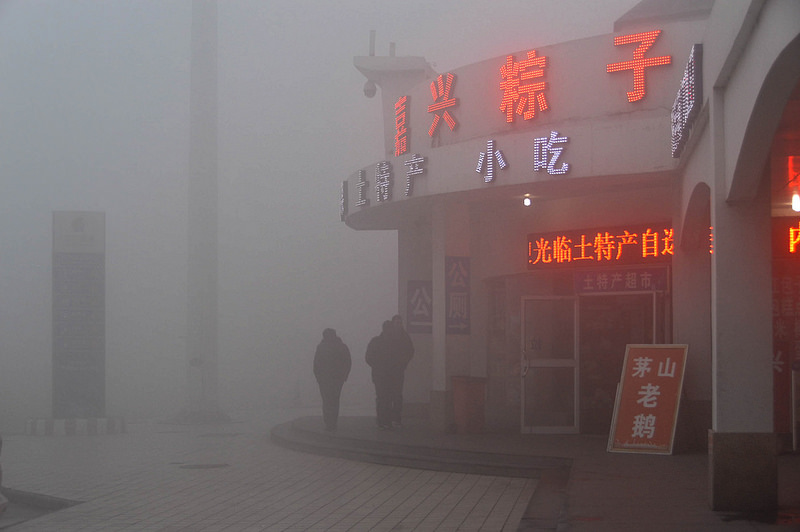 China is by far the biggest polluter in the world, emitting 6018 million tons of greenhouse gases per year in 2009 (the United States was a far second with 5903 tons).[1] Its energy economy still remains one largely based on the consumption and production of fossil fuels. In 2011, China still produced 70% of its energy from coal, emitting more carbon dioxide than the next two countries combined (In

dia and the US).[2] Industrial pollution has made cancer the leading cause of death in China. According to the Ministry of Health, 500 million people in China are without safe drinking water and only about 1% of the 560 million urban dwellers in China breathe air that is considered safe by the European Union.[3] These harrowing statistics are all but common; we’ve heard them all before. China’s pollution, we are told, is out of control and unstoppable. But here is a statistic that is less commonly heard: according to Bloomberg New Energy Finance data, as of 2014, China leads the world in the investment of renewable energy and the production of wind power, solar photovoltaic power, and smart grid technologies.[4] These technologies generate almost as much water, wind, and solar energy (WWS energy) as all of France and Germany’s power plants combined.[5]

Since the mid-2000s, China has been on pace to overtake most of the world’s countries in green energy investment, leading a concerted effort to take advantage of these new and emerging technologies. According to an Ottawa-based consulting firm, Analytica Advisers, Chinese exports of environmental goods rose sharply from $40 billion (US) a decade ago, to $160 billion in 2013 (that makes an annual growth rate of 19 %). This is in stark comparison to Canada’s energy plan, notes the consulting firm. Having focused on natural resources (most notably crude oil) under the Harper government, oil exports have risen from $7 billion (CND) in 2004 to $81 billion in 2013. As a result, Canada is nowhere near reaching their international commitme 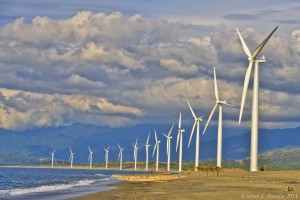 nt to reduce their carbon footprint and greenhouse gas emissions by 17% from 2005 to 2020.[6] On the other hand, a recent target from the National Development and Reform Commission aims for China to reduce its share of coal in total energy consumption to less than 65% by 2017, which seems very likely to be fulfilled.[7] With this large reduction in the use of coal, a traditional staple of energy production and consumption in China, what energies will they use? Are these energies ready for use or is money simply being thrown around inefficiently?

According to John A Matthews, professor of Management at Macquarie University in Australia, and Hao Tan, Senior Lecturer at the Australian-based Newcastle Business School, these vast sums of money are not just for show, and the words of the Chinese government have not been just hot air. Although China still has a very black system (an energy system still mostly fueled by fossil fuels like coal), it has the largest electric power system in the world, rated at 1.25 trillion watts in installed capacity (58% of which came from WWS energy sources), exceeding the US power system’s capacity at 1.16 trillion watts. In terms of actual energy generated in 2013, China generated a total of approximately 5.4 billion kWh (kilo-watts per hour), 20% of which came from renewables. Most of the energy from WWS has come from the hydro component from mega-projects like the Three Gorges Dam, but wind and solar power are increasing steadily.[8]

In both wind and solar energy, China has emerged as the most important player. In the wind energy industry, China has the world’s largest resources with further massive increases planned. They intend to raise their installed capacity of 75 GW to 200 by 2020; the EU altogether produces 90 GW. The manufacturing of the turbines have sped up to unprecedented speed; having been able to build only one in ten days seven years ago, now two can be built in a day.[9] There are still challenges, however, despite these glowing prospects. The windiest regions tend to be ones that are extremely distant from big cities, such as the far Western province of Xinjiang, which creates complications for the connections to big cities. The result of this is that some wind farms have even been ordered to shut down. This brings into question its ability to contribute to China’s large energy consumption. Figures for 2012 note that wind only accounted for 2% of the country’s electricity, while coal still generated 75%. Nonetheless, if you look at this in absolute terms, it is still a massive number, as it is almost more than all of the wind energy production for all EU countries combined. Wind has even surpassed nuclear power in China, becoming third after coal and hydro.[10] Wind power has huge potential in China, but the cost is of course still an issue.

As for solar power, pr

ospects seem promising as well. China produces 63% of the world’s solar PV panels, making them the largest manufacturer of them in the world.[11] They produce a staggering 23 gigawatts (GW) of solar panel, second only to Germany’s 36 GW. They are not able to reach an extremely high target of course because of the clouds of pollution that irk the city, caused by the use of coal. Regardless, China leads the world in investment of solar power at $23.5 billion and is beginning to surpass Germany who was until now the undisputed solar champion of the world.[12] Apart from wind and solar power, geothermal, biomass, and fuels have also played a role in China’s renewable energy production.[13]

When thinking about China’s pollution problem, the incentive to jump to renewables seems pretty clear. It is perhaps the only way to save the faltering environmental landscape amongst a sea of smoke-filled skies due to the country’s dependence on coal and other harmful fossil fuels. But it is not that simple. Energy security in fact becomes another important concern, perhaps even more important than “saving the environment” so to speak, for the Chinese leadership. With a strong attachment to fossil fuels like oil comes a fair a share of geopolitical implications, such as unnecessary military entanglements and a whole potential slew of other international or domestic unrest. Renewable energies like solar and wind are based more on manufacturing which have little to no geopolitical impact.[14] These energies also lessen dependence on a foreign energy source, making the energy economy more self-sufficient.

Although all this information seems promising – and it is – one aspect where China still lacks heavily is environmental protection and working multilaterally with environmental activists to solve the impending air pollution crisis. Environmental activism in China is not new and there are over 3500 registered active NGOs in the country, many of which have voiced opposition over government environmental policy. In fact, anger ove 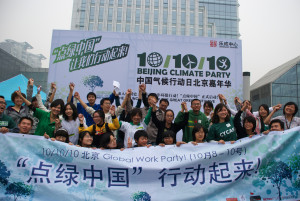 r pollution was found to be the largest source of social unrest in 2013 surpassing illegal land expropriation.[15] Premier Li’s announcement of the government’s “war on pollution” in 2014 (sending out hundreds of environmental investigators to answer to complaints) was the first time in over 60 years that demands by these groups were actually addressed. However, the government responded again by attempting to limit the many environmental groups who tried to bring up complaints by amending China’s environmental protection laws.[16]

Green energies will help in the long run and do seem to spell out a somewhat brighter future for China in terms of energy security, finances, and the environment, poising the country to be a leader in green technologies; however, this will not solve every single problem pertaining to the environment, especially not in the short term. The sky is still smog-ridden, and the air remains for a large part of the country unfit to breathe, and this is bound to make people angry. Perhaps China should give these NGOs a listen, as they may have something important to say.