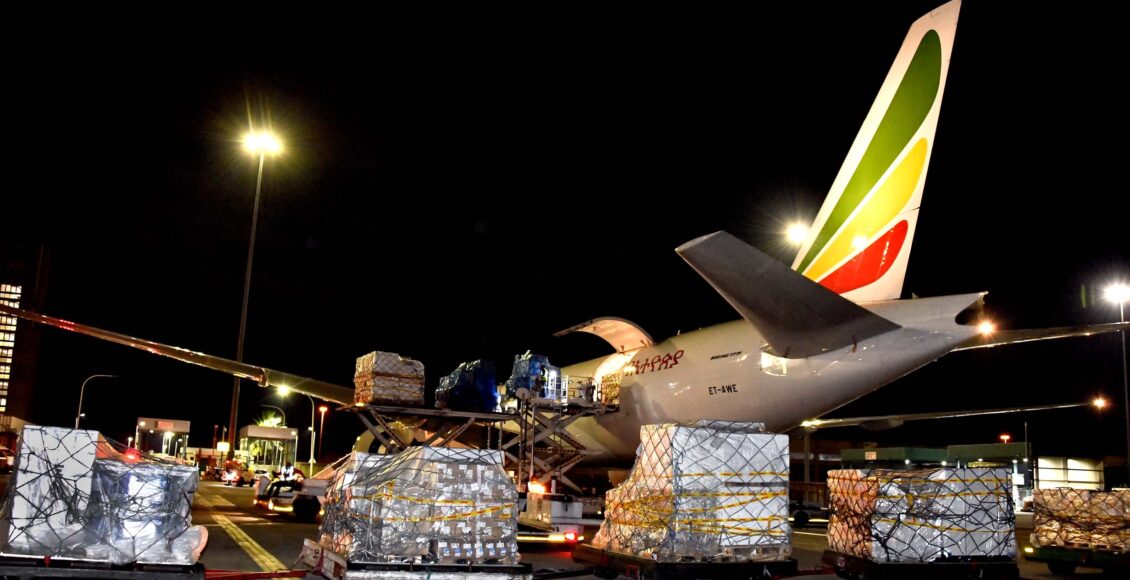 For more than a decade, China has been establishing strong political and economic ties in Africa by recognizing the strategic value of positive relations with African countries. This fruitful partnership led to bilateral trade worth $192 billion in 2019 and has contributed to the launch of ambitious infrastructure projects such as the notorious Belt and Road Initiative and the renovation of a hundred sports stadiums, known as “stadium diplomacy“. These cheap, easy-to-build constructions allow China to secure lucrative contracts and access to African resources.

However, the arrival of the COVID-19 pandemic has challenged international trade and greatly reduced the mobility of the world’s population, undermining China’s influence in Africa. In response to the pandemic, China has had to adapt the diplomatic, economic, and social dimensions of its strategy in Africa.

Strengthening ties between China and its African partners

On June 17, 2020, Chinese President Xi Jinping virtually chaired the “Extraordinary China-Africa Summit on Solidarity Against COVID-19,” where he delivered a striking speech entitled “Overcoming COVID-19 through Solidarity and Cooperation.” In this discourse, President Xi pledged to help the African economy, first with implementing political measures to strengthen the diplomatic bonds between China and Africa and then through economic measures such as debt cancellation for the African countries most affected by the crisis. The summit, which proved effective in deepening the friendship between China and Africa, highlights Beijing’s willingness to positively impact the politics and development of the continent, especially in times of a global crisis.

During the summit, Xi Jinping also expressed his country’s commitment to supporting African countries’ COVID-19 responses through humanitarian assistance. Since the outbreak of COVID-19, China has been heavily involved in South Africa and other African countries, providing medical equipment such as surgical masks, protective suits, and thermal guns, sending teams of experts, and helping to build health facilities in remote areas. Once again, this display of sympathy and solidarity was acclaimed by most African leaders who welcomed China’s positive involvement on African soil.

Although endorsed by the main beneficiaries, these exemplary humanitarian efforts are still relatively small, as they account for only one per cent of global humanitarian spending. They also lack transparency as the Chinese Center for Global Development provides little data on the subject of spending or long-term planning. In terms of economic and political relations between China and African countries, it is also too early to see any concrete evidence of the positive impact of China’s financial assistance during the pandemic.

The drawbacks of China’s influence

China has significantly reduced its economic engagement in Africa in response to the pandemic. It has weakened its trade and investment channels, which has led to a general decline in the growth of developing countries such as Zambia, South Sudan, and Mauritania, which are heavily dependent on China as their leading trading partner. For example, according to the International Monetary Fund, South Sudan was expected to be the fastest-growing country in the world in 2020, with a growth rate of 8.2 per cent. But this performance was mainly based on oil exports to China, which account for more than ninety-eight per cent of its total exports. With the outbreak of COVID-19 and China’s withdrawal as a trading partner, South Sudan has consequently experienced a drastic drop in its growth rate, which has had a profound impact on the country’s economic development and demonstrates Africa’s dependence on China for trade relations.

On the social front, the Chinese government has also been accused of discrimination against African communities living in the southeastern province of Guangdong during the pandemic. The African Union’s open letter, signed by more than three hundred human rights groups, calls for “immediate remedial action” over the “xenophobic, racist and inhumane treatment of Africans in China.” According to Human Rights Watch, Chinese authorities have campaigned to forcibly test and quarantine the local African population, while hotels, stores, and restaurants have refused entrance to African customers. This racial targeting is not new to China, but the pandemic era is causing these discriminations to rise in frequency and quickly become systemic and embedded in society.

It appears, therefore, that China’s real interests are reflected in their management of the sanitary crisis in Africa. While the Asian giant officially represents a major asset for African countries, offering help through humanitarian donations, economic advantages, and strong diplomatic links, it is also responsible for major and embedded human rights violations. These domestic and international accusations blame China for exploiting Africa’s resources and creating unequal self-beneficial trade agreements that disadvantage the well-being of its business partners. Therefore, to better understand China’s behaviour in Africa, one must include all of its multidimensional decisions, positive and negative, in the framework of Beijing’s self-promotional and interested strategies.

Some speak of a new form of colonization to describe the current relationship between China and Africa, pointing to its exploitative nature and financial dependence emphasized by the COVID-19 crisis. However, the term “Chinafrique”, in reference to the expression of “Françafrique”, would accurately describe the country’s nuanced role in the insertion of African countries into the international system. It remains to be seen the long-term impact of the health crisis on China’s role in Africa and whether its influence will be beneficial or damaging on developing African countries.

It seems as though China’s true interests are reflected in its support for COVID-19 relief in Africa. The Sino-African relationship represents a significant asset for African countries through humanitarian aid, economic benefits, and strong diplomatic ties. Yet, its legitimacy is limited by human rights violations on Chinese soil and the manipulation of foreign resources and trade agreements on the African continent. Consequently, China’s multidimensional behaviour in Africa and its decision-making process are purely part of Beijing’s self-interest strategies. This phenomenon has been much emphasized by the pandemic, and its long-term impact on China’s role in Africa remains to be seen.

Featured image: “Arrival of medical supplies donated by the People’s Republic of China to South Africa” by GovernmentZA  is licensed under CC BY-ND 2.0