Chinese Incursion in Latin America: A Threat to American Hegemony in the Hemisphere? 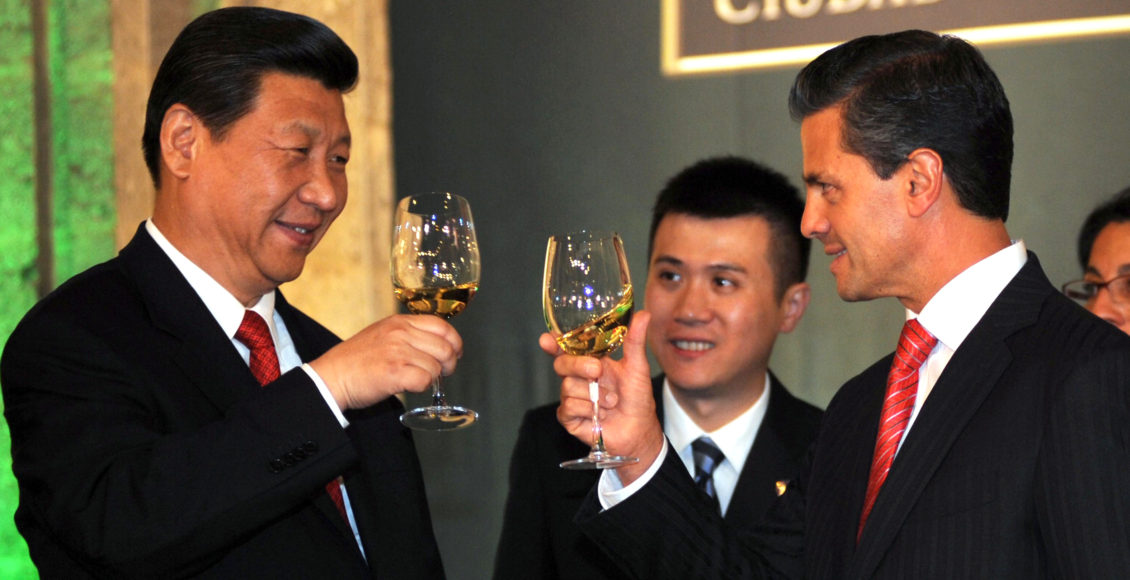 In early September of this year, the United States recalled three chiefs of missions from Latin American nations: Roxanne Cabral, the Chargé d’Affaires to Panama, Jean Manes, the ambassador to El Salvador, and Robin S. Bernstein, the ambassador to the Dominican Republic. These three countries all suddenly cut ties with Taiwan earlier this year, a historical ally in the region, in favour of recognizing Beijing as the legitimate government of China. The U.S. recall of diplomatic chiefs in these countries indicates American concern for the growing influence of China in the region. There is no denying that China is appearing to be a serious challenger to U.S. hegemony in the region.

Rex Tillerson, Trump’s former Secretary of State, expressed his concern over China’s growing influence in Latin America. In a speech at the University of Texas, Austin, on February of 2018, he warned of China’s predatory interest in the region: “China’s offer always comes at a price. Latin America does not need new imperial powers that seek only to benefit their own people.”

The relationship between Latin America and the U.S. had been increasingly distant since Trump took office in 2017. Since the start of his term in office, President Trump has continuously villainized the region. Historically, however, Latin America has been one of Washington’s closest allies. Some of Trump’s racial slurs against Mexicans and other Latin Americans include calling them “rapists and murderers” and “bad hombres.” There are insistent threats of building a wall on the U.S.-Mexico border. His withdrawal from the DACA program and the TPP are further evidence of a declining relationship. A recent poll by the Pew Research Center indicates that American trust in Latin America has reached historic lows since Trump took office. For the Trump administration, Latin America is no longer a priority in foreign policy, but a forgotten, and often alienated, “other,” south of the Rio Grande.

While the Trump administration is drifting away from its neighbours in the South, Xi Jinping’s administration has seized this opportunity to strengthen China’s relationship with the region. Unlike Trump, who hasn’t visited the region since he assumed office, Xi has visited the region three times since 2012 and has praised it as “vibrant and promising.” This description cannot be more distant than President Trump’s crude descriptions, mentioned above.

Jinping’s remarks have been accompanied by billions of dollars of investments. China has become the number one trading partner of multiple Latin American countries, including Brazil and Chile, snatching the historic title away from the United States. Jinping has even pledged that trade between China and Latin America will reach $500 billion between 2015 – 2019. China’s growing interest in the region is not matched by any other major powers. China’s has already provided more than $140 billion in loan commitments to Latin America to finance infrastructure and trade. Earlier this year, Beijing announced plans to have the Belt and Road Initiative, China’s economic and investment program, be applied in Latin America.

China’s current foreign policy towards Latin America mimics one that the U.S. employed during the Marshall Plan era. By investing heavily on domestic and regional Latin American markets, China is employing a soft power strategy in the form of a charm offensive. According to Stephen Kaplan, a fellow in the Latin America program at the Wilson Center, Chinese investment takes the form of what he calls “patient capital”. Unlike Western investment, a patient capital approach emphasizes non-intervention in sovereign affairs and refrains from imposing lending conditions. This strategy, combined with such large sums of  capital entering the region, consolidates the enticement for Latin American countries, who are seeing the Eastern state as an alternative ally in their economic development. With this soft power approach, China is not only investing in trade, but in geopolitical influence as the relationship between the United States and Latin America continues to deteriorate.

It comes as no surprise that various Latin American countries are taking a revisionist approach to their stance on the China-Taiwan conflict. The trend began in June of 2017 when Panama cut ties with Taiwan and recognized China. The U.S. ambassador in Panama at the time, John Feely, learned about the switch an hour or so before the announcement, only because he called the President of the Isthmus to discuss an unrelated matter. El Salvador and the Dominican Republic followed shortly thereafter, reducing the number of countries that recognize Taiwan down to 17. Beijing expects Taiwan’s remaining allies in Latin America to follow this “irresistible trend“. While China and Taiwan have historically engaged in “checkbook diplomacy” in order to sway countries to their side, China’s financial packages and aid have become a more alluring alternative than what Taiwan has to offer.

Money is not the only factor at play in this blossoming relationship. Latin American governments look favourably on China’s stance regarding global governance, non-intervention, and sometimes even climate change, which the United States has reversed from its previous position. The expansion of Chinese interest and investment in the region presents a new challenge to a consolidated U.S. market. In a post-Cold War world where global competition is increasingly economic, the contention of foreign markets has strategic implications. Diminishing American influence in the region signals the reduced ability for the United States to leverage on political, economic, and ideological affairs.

The United States under the Trump Administration has yet to establish a clear foreign policy stance on Latin America. China has successfully taken advantage of this lack of direction by extending diplomatically and economically into the region. The question remains whether or not the Trump administration should be concerned with their declining influence in such geographically strategic countries. When El Salvador broke ties with Taiwan in favour of China on August of this year, the White House publicly condemned El Salvador’s decision. This indicates that there appears to be growing concern about the influence China has in Latin America. Furthermore, Washington views Beijing’s economic policies in the region as a “challenge to American power”. While this direct acknowledgement of China’s presence in the region is noteworthy, it is unlikely to be followed by concrete policy change.

For Washington, making amends with Latin America should not be overly difficult. Latin America and the United States have had an intimately close partnership since 1823 when then-President James Monroe issued the Monroe Doctrine which sought to protect the newly independent Latin American states from European intervention, thus establishing itself as the hegemonic power in the Western hemisphere. Due to their historical ties, Latin America continues to rely heavily on the United States. The 2018 Summit of the Americas was the perfect opportunity for Trump to reassert U.S.’s relationship with Latin America. The opportunity, however, was foregone, as the President decided not to participate in the Summit, leaving Vice-President Pence as the head of the American delegation. Pence did not present any concrete policy towards the region, either. This Summit marked the first time a U.S. President failed to attend the meeting since the first one in 1994. Ultimately, the lack of U.S. interest in the Summit only reinforced the notion that Latin America is not a priority for the United States.

The introduction of China as a new actor in the region in the past decade, however, presents the first time in history where the U.S. is facing a serious rival for the contention of Latin America. If the United States does not want to lose its regional hegemony to China, American foreign policy must start to actually include Latin America in its agenda—and this must be an agenda based on considerations beyond building walls and deporting immigrants.