Caught in the crossfire 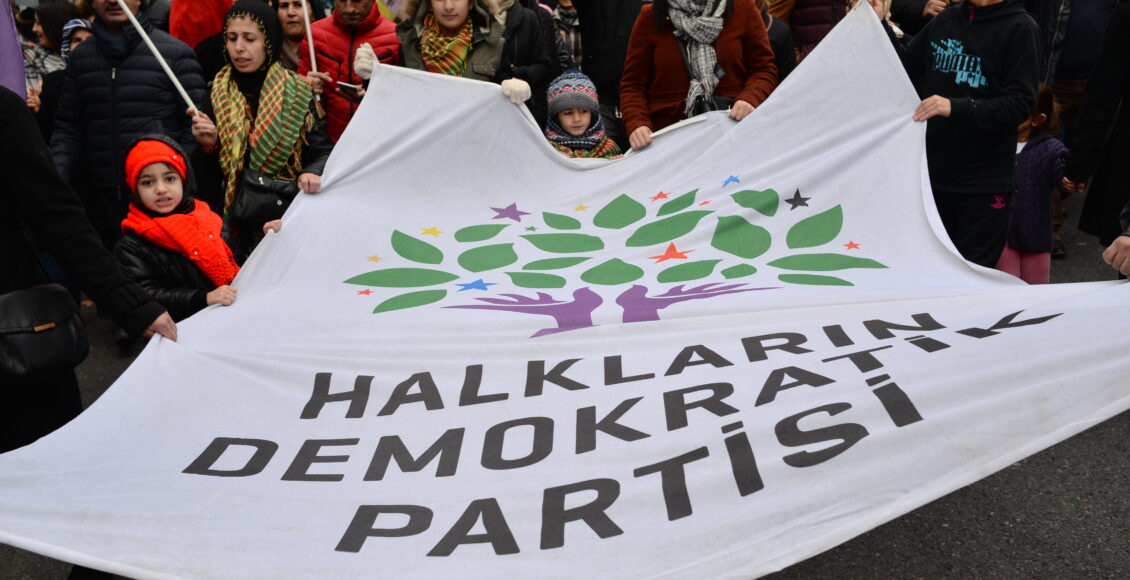 On September 25, 2020, Cihan Erdal landed in Istanbul to conduct his thesis research as a Sociology PhD candidate from Carleton University. As a close family friend, my family and I were shocked to hear that hours after his arrival he, alongside 81 other individuals, were detained and sent to a prison in Ankara. The ostensive reasoning behind his arrest is linked to a letter he signed over six years ago to the Turkish government, but there is still confusion surrounding the government’s specific charges. The letter had asked the government to send help to Kobani, a Kurdish town in Northern Syria bordering Turkey, which was then being attacked by ISIS.

This was a controversial issue because the town of Kobani was a very important strategic post for the Yekîneyên Parastina Gel (YPG), the Kurdish faction involved in the Syrian Civil War,  to which the Turkish government was heavily opposed. While personally, I and many others close to me are working hard at getting him out of government custody safely, the sad truth is that his story is not uncommon. Cihan has become one of the many innocent victims caught in the crossfire of a battle between Turkey’s incumbent political party, the AKP, and one of its main oppositions, the HDP.

A brief history of the HDP

The HDP, or Democratic Party of the Peoples (Halkların Demokratik Partisi, in Turkish), was founded as a political party on October 15, 2012,  when it split from a general left-wing coalition. They quickly set themselves apart from other parties with their emphasis on progressive ideas and by having a strong Kurdish representation among their politicians. They were able to rise to political relevance by acting as middle-ground peace brokers between the Turkish government and the PKK. The PKK is a militant Kurdish independence movement with a long and complex history with Turkey founded in 1978. Today, however, they are considered by the Turkish government to be one of Turkey’s primary terrorist threats.

The HDP was initially quite successful in their role, being instrumental in bringing about a ceasefire. Unfortunately, this ceasefire was very hard to maintain due to the proximity and the increasing intensity of the Syrian Civil War.  This was partly due to the political tension caused by the surge of (primarily Kurdish) refugees into Turkey, and ultimately the murder of two Turkish police officers, allegedly committed by the PKK on the border town of Ceylanpinar.  While this diplomatic struggle was going on, the HDP’s fragile relationship with other parties in the Turkish parliament began deteriorating further, while the loss of the ceasefire led to increased Turkish-Kurdish tensions. This fraught relationship was due to accusations by the AKP and their allies against the HDP that they were connected to the PKK and acts of Kurdish terrorism. And as tensions between the Kurds in Syria and Turkey rose, so did suspicion and distrust of the HDP.

The culmination of this distrust would occur in 2016 when, spearheaded by the AKP, the government began arresting prominent members of the HDP under the guise of anti-terrorism. This began first with a vote by the Turkish parliament in May of 2016 to get rid of legal immunity that was held by members of parliament. It passed, leading to an immediate prosecution of 54 out of 59 HDP members of parliament for terrorism or terrorism-adjacent charges. From that point onward, the scope at which the Turkish government would pursue legal action against the HDP and its supporters expanded.

In the years that followed, everyone from party members, to municipal council members and even elected mayors and trustees, would face some form of legal trouble. This has taken the form of dismissals from their posts, detentions, and prosecutions. Naturally, these legal moves by the government have made it difficult for the HDP to continue being politically active in the country, and it has suppressed many voices of support for their cause.

Importance of the HDP

The HDP, despite their current state, remains a significant political force in Turkey. While initially much of their activities were based around diplomacy, they have since switched their focus to resisting the AKP. More recently, in 2019, the HDP helped thwart an AKP victory for Istanbul’s mayor, one of Turkey’s most important local political positions. They campaigned in favour of the opposition and called on their supporters to tactically vote rather than nominate a candidate themselves. And being such a key voice for Kurdish and Turkish progressives helped turn the tide of the election against the AKP.

This is an illustrative example of the importance of the HDP. They not only provide political representation for a significant part of Turkey’s 15-20 million+ Kurdish inhabitants, but they have also expanded their tent to become a progressive voice for all citizens. From high-density city centres like Istanbul and Ankara, to the Kurdish villages of eastern Turkey, the HDP continues to amass support and votes. And while electorally they are overshadowed by Turkey’s two main parties (The AKP and their opposition), they fill a necessary function in the country’s political climate and remain its third-largest party.

The Kurdish struggle for rights in Turkey takes on many different forms, from local NGOs to protest groups.  Though a lot of airtime is dedicated to militant groups like the PKK or the Kurds in Syria, the HDP is one of the leading democratic forces for Kurdish recognition. However, the AKP is wrecking the HDP’s method of utilizing democratic and diplomatic tools by suppressing and persecuting HDP party members, disenfranchising many Kurds in the process. Having a peaceful democratic avenue is vital for any solution to the Kurdish conflict in Turkey. Moreover, having strong political representation for Kurds in Turkey could help deter people from joining terrorist groups and might become a tool for helping other Kurdish groups across the Middle east.

If Turkish politics continues to go down this route, more and more people like Cihan Erdal will become entangled in this conflict, and the AKP could inadvertently make Kurds turn away from peaceful, democratic channels such as the HDP.

Featured Image: A group of HDP supporters at a party rally/protest in Paris, France. “HDP…” by PASCAL.VAN. Licensed under (CC BY-ND 2.0).