Cis-terhood: Intersectionality in the Women’s March 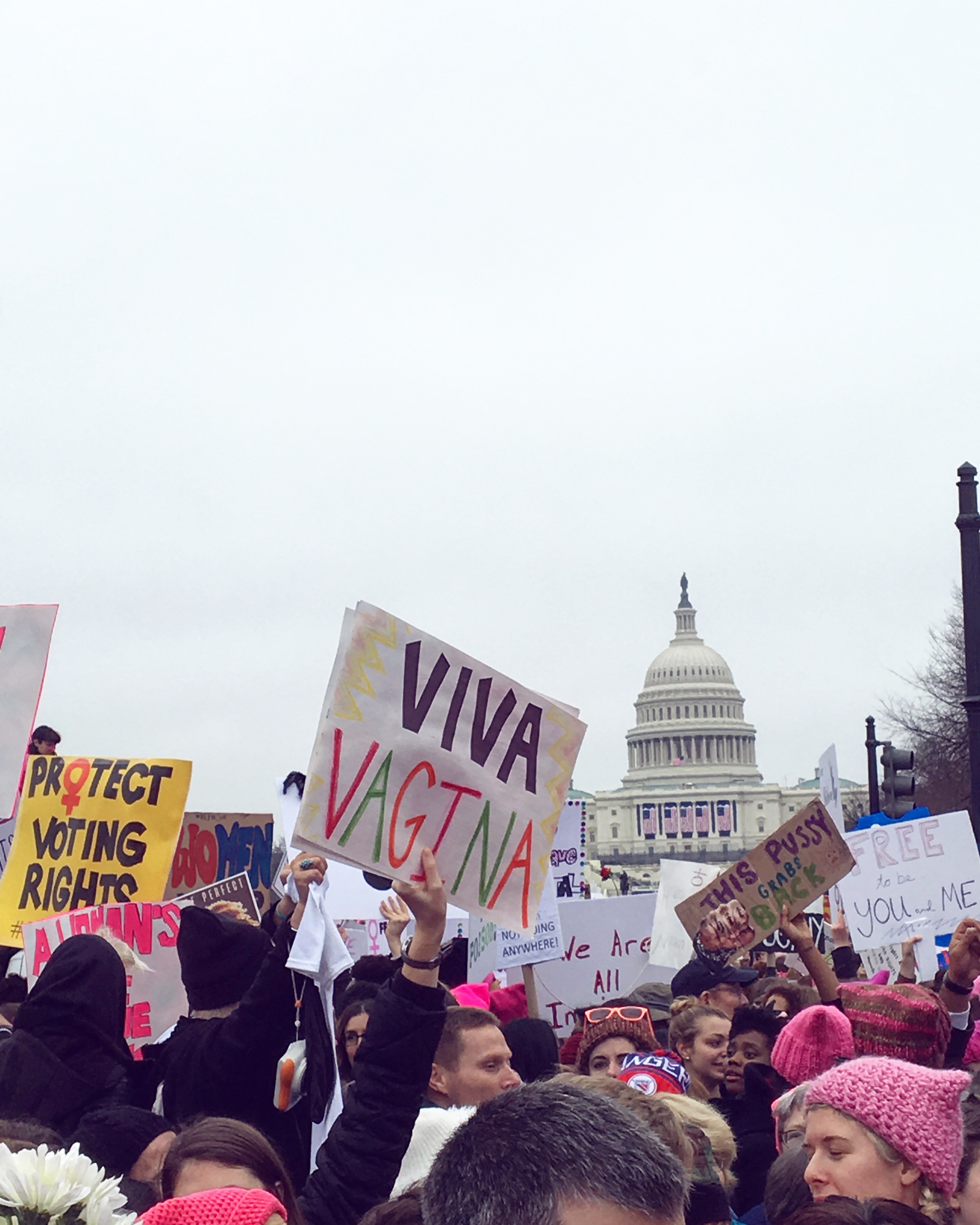 “You’re going to the Women’s March too?” The U.S. Border agent sneered, inspecting the “male” identification on my passport. I straightened my posture, preparing to launch into a rendition of bell hooks’ Feminism Is for Everybody, but instead chose to politely nod. Of course, to the border officer it was logical for the females in my van to attend the march, but it was truly puzzling why a man would want to march for feminism. What interest could a man possibly have in campaigning for pay equity, reproductive rights, or combating rape culture? Aren’t those her problems?

While it may seem comical, this border officer, in his bulletproof uniform, embodies a fundamental obstacle of feminism: who should be granted entry? Who holds the keys to the movement? What are the boundaries one can cross before they are no longer a  feminist—or before they are? Fortunately, the officer did not quiz my familiarity with feminist scholarship, or whether I occasionally indulge in misogynistic shows such as The Bachelor, and instead allowed our van to proceed through New York State.

The following morning, my roommates and I joined the feminist resistance by entering the sea of pink pussy hats marching towards the phallic Washington Monument.  As the battalion of activists marched, I was struck by the ubiquity of female genitalia on banners. Many signs featured messages intended to empower womanhood such as “Viva La Vagina,” or “Pussy Grabs Back,” in response to the President’s chauvinistic comments about sexual assault. The prevalence of female genitalia also symbolized a yonic defense against Republican attacks on reproductive rights. While these vulvar signs were undoubtedly empowering for many women, they hearken to the aforementioned obstacle. Who is feminism for? Whose voices are prioritized and whose are oppressed?

As third-wave feminism teaches us, solidarity between feminists is only possible if the hierarchies that fracture us are dismantled. In the same way that feminism must work in tandem with anti-racism, women’s movements must recognize and combat the way in which female “emancipation” may further the oppression of trans women. We cannot unify as a collective if the movement spotlights white cis-centred feminism and silences the voices of women who are Muslim, queer, disabled, indigenous, of colour, or economically disadvantaged.

Across cultures the vagina has been an effective political tool because it is simultaneously worshipped and feared. In June 2002, hundreds of Nigerian women protested oil companies through the “Curse of Nakedness.” Through this cultural act of resistance (where over 700 women from the age of 90 to 20 publically stripped), females were able to utilize their bodies to successfully shut down the largest oil company in the Nigerian Delta and lead to beneficial negotiations between corporations and communities. The notion is that “we all come into the world through the vagina.” Through exhibiting the vagina, the women are stating: “We are hereby taking back the life we gave you.”

Of course women have every reason to defend and celebrate the power of vaginal symbols. Nonetheless, we must consider the consequences of positioning genitalia as the emblem of a movement. When the vagina becomes the central badge of feminism, many trans women are ultimately denied entry.

Under the guise of female liberation, cis-normative symbols of female empowerment may reinforce the subordination of trans women. Granted, the majority of females sporting pussy hats likely had not considered how they might be complicit in the oppression of trans women under the patriarchy. Many would defend that the “pussy grabs back” slogan is simply a retort against Trump’s misogynistic comments; however, we must consider the implications of reappropriating the term for those without cis-privilege. If the rallying call of feminism centres female power around the vagina, the voices and bodies of trans women—who may not have “pussies”—are effectively delegitimized. Because trans women face higher rates of sexual assault and invasive physical regulation by the state, is it particularly egregious that they should be unintentionally excluded from symbols of empowerment within a movement meant to liberate all females. For feminism to be truly intersectional, events like the Women’s March must rally around the solidarity of sisterhood, not exclusively cis-terhood.

Admittedly, the cheeky feline toques are a whimsical political weapon. Bussing through Washington, I experienced a visceral joy at the sight of women in pussy hats. The hats functioned as a warm salutation, as if to say Hey, I’ve got your back. On every continent (including Antarctica), a pink-hatted tide of humanity stomped in alliance. In an era where political correctness is often depicted as a shackle, many feminists might claim that criticism of “Viva La Vagina” signals that intersectionality has gone too far. Perhaps our bombastic adversary “won” because he was able to rally indelicately, while feminist movements crawl through the quagmire of ensuring we don’t offend, by carefully calculating the effects of turning genitals into symbols. This line of objection might argue that if women can’t rally around vaginas, womanhood is effectively meaningless. As bell hooks mused in an interview with trans activist Laverne Cox: “We do have to be clear about what are the boundaries. If feminism is all things to all people, then what is it? Part of the essence of feminism is that women have control over women’s bodies.” We must remember, however, that the obstacle of defining feminism’s boundaries is also the movement’s greatest strength. Whether it is targeting a draconian Presidential administration, the impacts of ableist infrastructure, or racial hierarchy, feminism is about welcoming, listening and championing the voices of those on the margins. 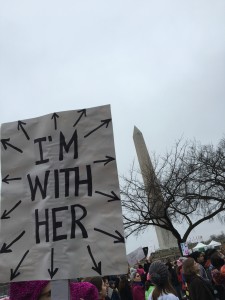 In drawing the borders of the movement we must recall Simone de Beauvoir’s timeless question “What is a Woman?” Whose voices do we include in constructing the “we” of womanhood? If the pussy is to be the spearhead of feminist resistance to Trump, let us reimagine the term beyond cis-normative biology—so that all sisters can march for feminist justice. Let us stop shaming vulnerable boys with this term, and instead allow the pussy to signify the courage of oppressed people to endure beyond the confines of gender.

To topple the bigotry of Trump, we must embrace a politics of radical inclusivity by inviting every ally to stand with our coalition. We cannot afford to be selective in standing for reproductive rights, while turning our backs on Black Lives Matter or institutionalized Islamophobia. We must ensure we do not repeat the tragedy of Martin Niemoller’s ominous poem “First they came for the Jews, and I didn’t speak up because I wasn’t a Jew.” As the protectionist policies of Trump seal off America’s borders to the world, feminism must embrace and defend every ethnicity, gender identity and religious background. Indeed, an attack on one pussy is an attack on us all.