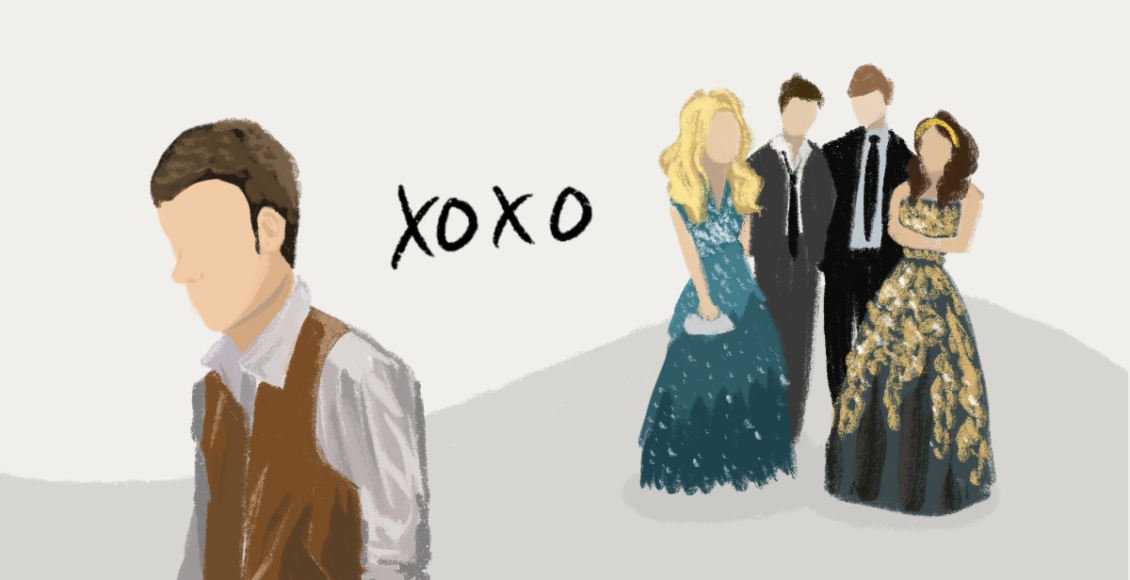 Art imitates life. Look no further than the hit teen drama television series Gossip Girl. A story about the lives of five New York City private school students, it speaks to issues of class relations, individual consciousness, and the effects of socioeconomic structure within society at large. The ultimate conclusion? That, just as Marxist theory would suggest, regardless of class mobility, an individual’s consciousness remains fixed according to the class they are born into.

Gossip Girl immediately sets up this class divide, with four of the five main characters (Serena, Blair, Chuck, and Nate) belonging to Manhattan’s Upper-East Side, an elite neighbourhood predominantly populated by holders of old money born into this lifestyle. Dan Humphrey, the fifth main character, is portrayed as belonging to a working-class family—a heavily glamourized version, that is. Having saved up to send him and his sister to private school, his father hopes to provide them with a chance to make the social connections needed to get ahead. Viewers instantly notice the differing approaches to academics and work resulting from these class divides, with ideologies remaining static throughout the series’ six-season run. Marx theorizes that, as portrayed in the series, not only does the class system lie at the heart of society, but that these divisions permeate every facet of its culture.

Marxist literary criticism is defined through the base-superstructure metaphor, which explains that the economic structure of society dictates its other structures, including the legal system, forms of government, and aesthetic and philosophical ideas. In other words, the class one is born into defines how they interact with political structures, as well as their opinions and consciousness of the world around them. As such, working-class individuals expect to work, often in manual labour, to earn a living. Marxist theory also explains false consciousness, the notion that the lower class’ “mental representations of the social relations around them systematically conceal or obscure the realities of subordination, exploitation, and domination [that] those relations embody.” Gossip Girl tackles both of these Marxian societal principles.

As the seasons go on, Dan attempts to integrate himself fully into his wealthy peers’ social group. Yet no matter how hard he tries, he fails to truly become one of them. Dan’s lower-class ideology constantly appears throughout the series and limits his ability to interact with those of a higher class. He is explicitly labeled “lonely boy,” as if to signal his failed attempt at integration into the upper classes. While Dan certainly tries to act in a way befitting of the upper class—dating rich women, cruelly ridiculing his peers, attending private school and upper-class functions—he is unable to escape his apparent discomfort in these roles, lacking the upbringing necessary to thrive in them. Although he has learned to act the part, these mannerisms will never come naturally.

Once Dan is revealed to be Gossip Girl, an anonymous blogger responsible for feeding the Upper East Side rumour mill, he justifies his involvement as an attempt to write himself into the upper-class circles. In the final episode, he explains that “membership into this community was so elite that [he] couldn’t even buy [himself] in: it was a birthright, a birthright [he] didn’t have.” Although Dan certainly seems to have overcome false consciousness at that moment, he ultimately has not; his theory of being written into another class is entirely incorrect, fitting the narrative back into Marxist false consciousness. The simple act of writing in this way marks the artificial nature of his status as his inclusion must be explained and defended, rather than being immediately accepted. Physical markers along with profession are also signs of class. Dan wears a casual blazer and t-shirt, having just spent months writing a book. His clothing and experience in the workplace are clear markers that despite any changes in behaviour, in his natural state he is an outsider; unlike them, he cannot wear formal clothing and maintain a fortune by doing relatively little work.

As Orwell explains, the education of an individual is directly reflective of their social class, whether that be in terms of access to education, approaches to learning, and available opportunities. Dan’s desire to attend Dartmouth College in the series’ first season perfectly exhibits this contrasting relationship to education. He hopes to act as an usher for the Dartmouth recruiter in order to develop connections with the school that will strengthen his application, despite his working-class background. However, the wealthier Nate secures this position instead, although he has little interest in attending Dartmouth. As Dan points out, even if Nate did hope to attend Dartmouth, he had no use for the connections gained through this position given his prior wealth and access to upper-class networks.

With the recent revelations regarding the college admission scandal dubbed “Operation Varsity Blues,” connections between wealth and education seem particularly salient. The 2019 admissions scandal exposed the side-door approach used by many rich families to get their children into Ivy League schools: faking test scores, pretending to be recruits for university sports teams, and ultimately paying to guarantee a spot at the school. It is ironic that some rich families have resorted to this method as the entire system is already set up to their advantage—they can afford to hire tutors, pay high tuition fees, and provide donations to elite schools. Marxist theory highlights that specific mindsets and a particular consciousness stem from these material means, resulting in a narrative of laziness that is often associated with the rich;  as shown by their use of illegal admissions channels, they can quite literally afford not to put in the work. Just like in Gossip Girl, this scandal draws clear distinctions between rich students and lower-class individuals who must work extremely hard to enter university without being guaranteed success.

The college admission scandal is only one example of the significant advantages afforded by class and wealth status. Those with money have easy access to resources that will help them in their educational and professional endeavours, setting them up for higher-paying jobs and giving them more influence within society. For those born without this influence and wealth, the barriers faced in gaining the same opportunities and resources are extremely high. Even if class mobility is possible, individuals remain tied to their class of origin through the aesthetic and philosophical ideologies they develop during their formative years. Gossip Girl’s Dan Humphrey is a clear example of the inescapability of class, as his choices remain true to his lower-class origins throughout the series. His misguided attempt at writing himself into the upper-class circles ultimately fails. And although he may not be able to recognize it, the viewer always senses that Dan is his most authentic self when putting in the hard work, whether it be at school, at work, or simply when making a cup of coffee in his Brooklyn loft.

Hannah Judelson-Kelly is a U3 student currently pursuing a degree in Political Science and English Literature. She specializes in North American Politics and topics surrounding gender equality and feminism. You can most often find her searching for bagels around Montreal.