Climate Change and Racism: A Case Study of Redlining 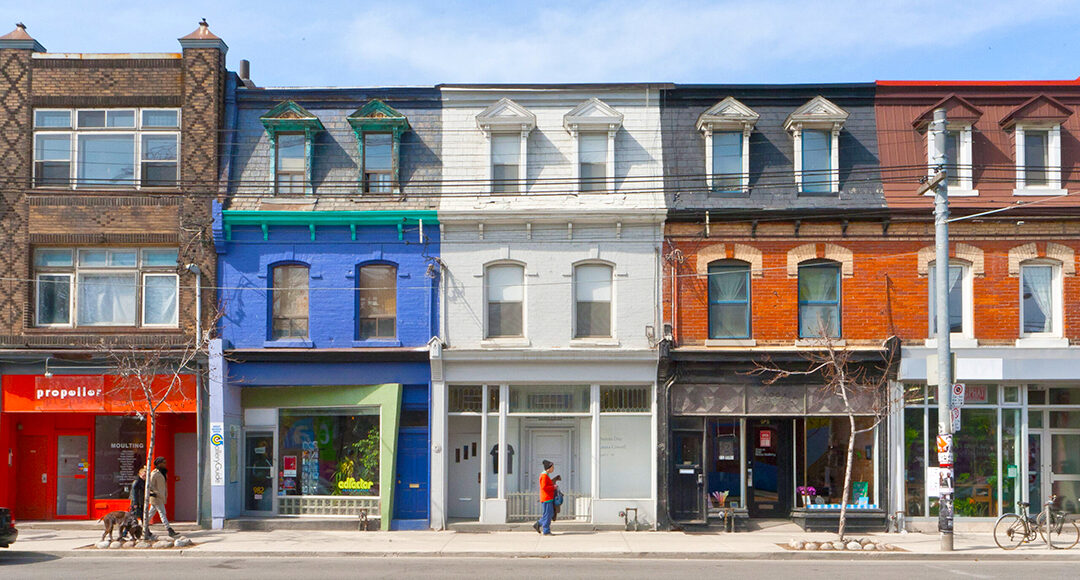 Environmental justice is an emerging movement that, among other facets, seeks to equalize the burden and harmful impacts of climate change across populations. The presence of environmental justice initiatives requires acknowledgement of the existence of environmental racism. As we delve further into the climate crisis, it has become increasingly obvious that climate change affects different racialized groups in disproportionate capacities. In the context of the United States, people who live in the country’s most polluted environments are often impoverished and people of colour. This is no coincidence; there is a profound link between racist policies and increased harm from the consequences of climate change. One of the foremost ways in which environmental racism has manifested itself is through the effects of redlining. Though redlining was outlawed in the United States in 1968, its effects have continuously impacted communities for generations, and its legacy has led to the persistence of similar practices today.

Redlining broadly refers to racist housing and finance policies that discriminated against individuals based on the areas in which they lived throughout the history of the United States and Canada. Having begun in the 1930s during the Great Depression, it was formally deemed illegal in 1968 in the US. Yet, de facto redlining is still pervasive today. Governments have effectively used such policies to codify segregation by directing banks to grant wealthy and white neighbourhoods generous loans, while denying poorer and majority Black and Hispanic communities access to mortgages and loans. The term “redlining” comes from the literal red lines around such neighbourhoods drawn on maps distributed to banks from government agencies. It’s no surprise that infrastructure development was consequently prioritized for predominantly white neighbourhoods, while racialized communities were largely left in the dust. Redlining deepened a staggering wealth gap between redlined communities and the rest of the populace, which in turn helped establish the foundation for America’s modern-day racial wealth gap. According to the US Federal Reserve, white families have nearly ten times the wealth of Black families and more than eight times that of Hispanic families.

In addition to this income inequality, there is a pronounced, disproportionate climate burden on formerly redlined communities today. This pattern has held devastating consequences for the residents of these communities. On average, summer surface temperatures are 2.6 degrees Celsius hotter in redlined neighbourhoods — in some extreme cases reaching a seven-degree difference. This inequality has proven to be deadly, and its impacts only continue to be amplified as the climate crisis progresses.

The increased climate burden in redlined communities is attributable to several factors. The very nature of redlining revolved around the desirability of certain neighbourhoods, which is an inherently prejudiced notion that clearly discriminated against BIPOC communities; neighbourhoods with majority white populations were considered more desirable and worthy investments. This has created a self-perpetuating cycle wherein the neighbourhoods that were considered the “safest” investments received additional developments and loans, only increasing their value at the expense of the livelihoods of those in segregated communities. This resulted in a similarly self-fulfilling prophecy for the latter: the impacts of poor infrastructure development, pollution, and other associated consequences have only continued to impact the livelihoods of people living in redlined areas.

Vivek Shandas, a co-author of a 2018 study by the National Community Reinvestment Coalition, explained that factors such as busy highways, large expanses of cement, asphalt, and pavement absorb and trap heat; which, together with a distinct lack of widespread air conditioning in lower-income communities, contribute to the disproportionate climate burden. City planners deliberately targeted redlined areas because they were considered cheap land for industrial buildings, warehouses, and public housing. In addition, there are fewer trees and fewer parks that would otherwise naturally help regulate the temperature of the air by cooling it down. A study of 37 cities found that formerly redlined neighbourhoods had, on average, about half as many trees as the wealthiest white neighbourhoods. On the other hand, white property owners had more political influence that allowed them to lobby municipal governments for trees along their sidewalks.

The environmental impacts of segregation are certainly intersectional. In conjunction with the fact that those who live in redlined communities are consistently poorer than those who do not, it becomes increasingly evident that climate change exacerbates existing socio-economic problems in these areas. As Vanessa Buttersworth, a Senior Digital Strategist with the environmental NGO Greenpeace, writes, “We need to recognize that climate change both intersects with and exacerbates long-standing racial and economic injustices.” For example, families in redlined areas are statistically less likely to have access to air conditioning, a vital home appliance that saves lives in the event of increasingly frequent heatwaves. Heat is deadly; a 2011 study found that a single increase in temperature during a heatwave can increase the risk of dying by 2.5 per cent. There are numerous health risks associated with increased temperatures, including cardiac arrest and asthma, due to the strain on the heart and lungs. Air pollution from the aforementioned prevalence of highways, manufacturing warehouses, and the like also exacerbates these respiratory issues among redlined populations.

Take the case of Gilpin, a small, formerly redlined neighbourhood in Richmond, Virginia, with a majority-Black population for example. The life expectancy in Gilpin is a mere 63 years. As the New York Times writes, just a short drive over the James River lies privileged Westover Hills, a white, middle-income neighbourhood that has a life expectancy of 83 years. The difference between Gilpin and Westover Hills is stark in description. The former has plenty of pavement with few trees, whereas the latter is covered with a canopy of oak trees.

Climate change does not threaten all of humanity equally. The racist institutions of the past and present have created a reality in which certain populations are suffering greater consequences. Redlining is just one of many examples in which government policy has sabotaged entire communities in order to privilege others. As we continue to face the threat of climate change, we must do so with the understanding that we are not all on equal footing, and do what we can to equalize the disparities that exacerbate vulnerability to climate change.