Colombia’s Peace Agreement: From Internal Warfare to a Means for Progress 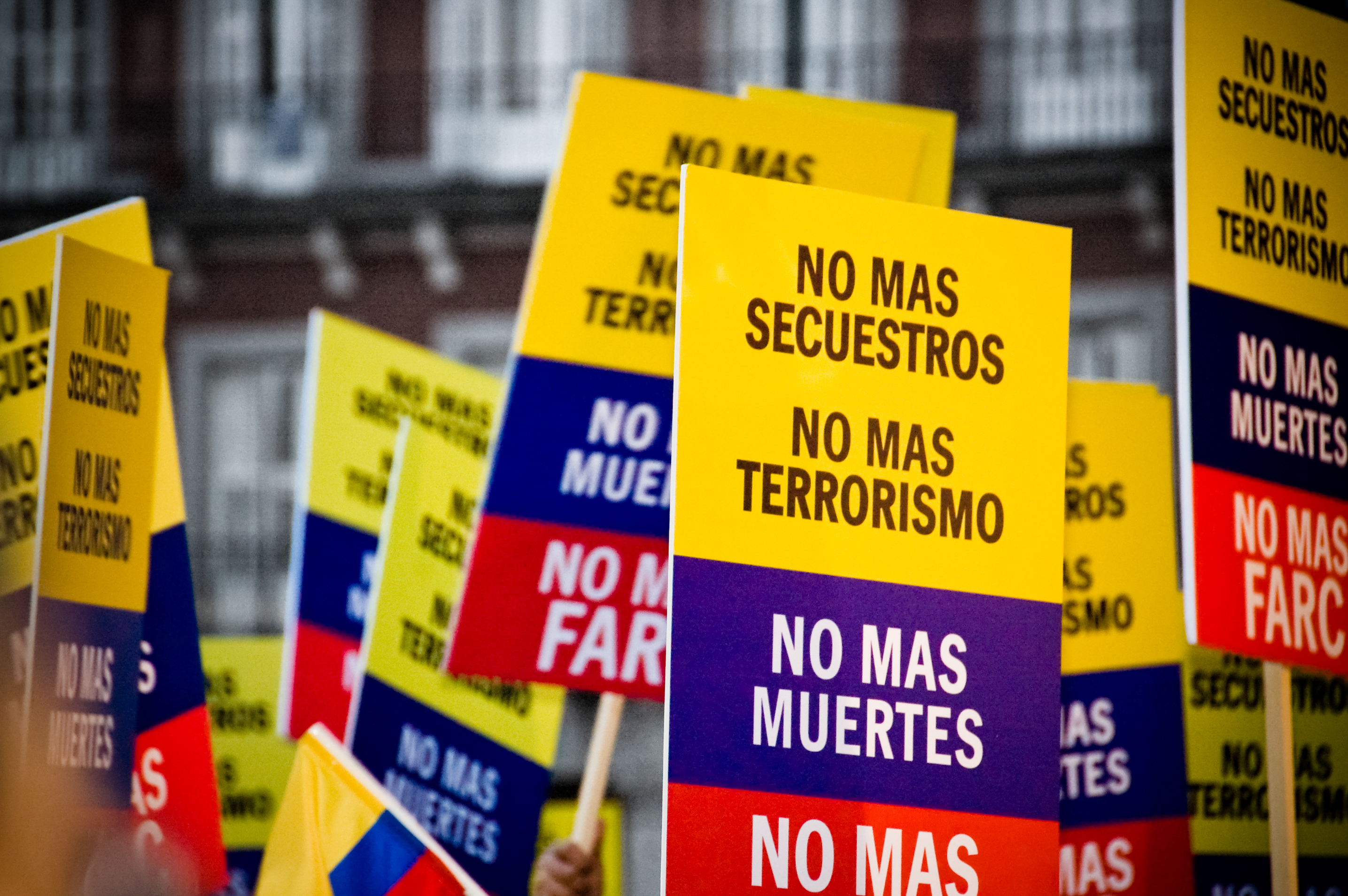 The peace negotiations that took place in Havana were formally signed on September 26th, 2016, and with this historic realization, Colombia may now be headed towards peace after 52 years of internal conflict. The ongoing agreements have been a result of four years of dialogue between the Colombian national government and Colombia’s largest guerrilla group, the Revolutionary Armed Forces of Colombia (FARC). The treaty which was signed in Cartagena last month, was applauded by many foreign dignitaries and hosted the noteworthy presence of the some of the world’s highest diplomats, including US Secretary of State John Kerry, UN Secretary-General Ban Ki-Moon, and Jonathan Powell, who was the chief negotiator for the British government during the IRA deal and an advisor to President Santos during these long negotiations.

Despite this ground breaking peace accord which has been the first that Latin America has seen in its history, it has no doubt been met with considerable opposition. Some of the most notable opposition has come from from former presidents Alvaro Uribe and Andres Pastrana, who called the peace treaty with the FARC a “coup d’état against justice.” Others accuse President Santos of “selling the country out” and that the peace talks are just a way to give in to radical left-wing politics and Marxist ideologies to infiltrate the country. Undoubtedly, partisan ideology and divided opinion has plagued much of the country’s problems. Those against the negotiations with the FARC fear that this would only solidify the guerrilla group’s legitimacy in Colombian politics, and they will continue with terrorist tactics. Many call the peace agreement “a mockery of justice” and accuse President Santos of neglecting those victims who have suffered at the hands of the FARC rebels. If these peace negotiations continue to deeply divide public outlook, a clear path towards peace may be uncertain, as this requires a long-term outlook, and multi-partisan support  for many decades to come.

However, it is imperative not to dismiss the achievement that has been made given that previous attempts to come to agreeable terms with the FARC have failed. This unprecedented move towards amity has brought a complex legal framework that will require the approval of Colombia’s citizens, congress, and the judicial court. Perhaps it is the terms of the peace agreement rather than the notion of negotiating for a ceasefire that has brought controversy and polarized opinions among Colombia’s electorate. As part of the peace agreement, the FARC rebels will receive minimal punishment in terms of prison sentences. Rather, they will be directed in participating in acts of reparation in areas that were heavily affected by FARC violence, most of which are located in impoverished and scarcely-populated areas. Further, the former FARC members will be given government aid, equivalent to the minimum wage for a period of two years as they transition into society. Perhaps the most controversial tenet of the agreement is the fact that the FARC will be given collectively 10 non-democratically elected seats in both the Senate and lower chamber until 2018, when they will have a say on matters related to the treaty.

Indeed, the President of Colombia is aware of the delicacy of these agreements and the divided opinion that has overwhelmed the country in recent months. He has stated that the armed conflict which has lasted over half a century has had profound effects on Colombian society. He insists on placing the victims of armed conflict, who total around 8 million, at the centre of the negotiations and that the treaty has gone in accordance with international standards of amnesty. While opponents of the peace treaty would be in favour of tougher punishments for FARC members, Santos emphasizes that these agreements are a result of long sought-out negotiations that have allowed “the maximum amount of justice that will allow for peace”. They have been established on an extremely delicate platform which requires transparency from both legislative and judicial branches in ensuring that the peace settlements continue to be harmonious. Furthermore, the peace treaty must be in accordance with the Colombian constitution as well as having political transparency to ensure the most democratic approach in the process. It is important to consider Colombia’s history with the FARC and view these peace agreements as not strictly a definitive end to the problems induced by guerrilla warfare, but as a means to what can be the beginning of a diplomatic undertaking and a path towards stability and progress. The Colombian government faces quite a bit of work ahead of them, as they work towards development. The international community will be watching intently as these negotiations develop.

The referendum held on October 2nd, 2016 concluded in a slight majority of the Colombian population opposing the current peace treaty with the FARC. This response symbolizes a significant portion of citizens who are not satisfied with the terms under which the peace negotiations have been settled. This does not mean however, that war will break out. FARC commander Rodrigo Londono, or ‘Timichenko’, said that they would not go back to war, regardless of the outcome, as the UN already has acquired a share of the FARC’s weapons. This referendum will most likely mean that the peace treaty will have to be modified and it is uncertain how long this will take. The shock of those watching the results of the referendum was considerable, as a thin margin of 0.5%, or 54,000, voting “no” over the much anticipated “yes.” Following the results, President Santos issued a statement vowing to maintain the ceasefire and emphasizing to the Colombian people that “unity is more important now than ever.” He also insinuated that the government may be willing to negotiate certain terms of the peace agreement. As the world awaits with uncertainty regarding the developments over the status of the peace negotiations, it should be understood that the upcoming months are very significant for Colombia and the world, as diplomatic progress in achieving amity will be defined herein.