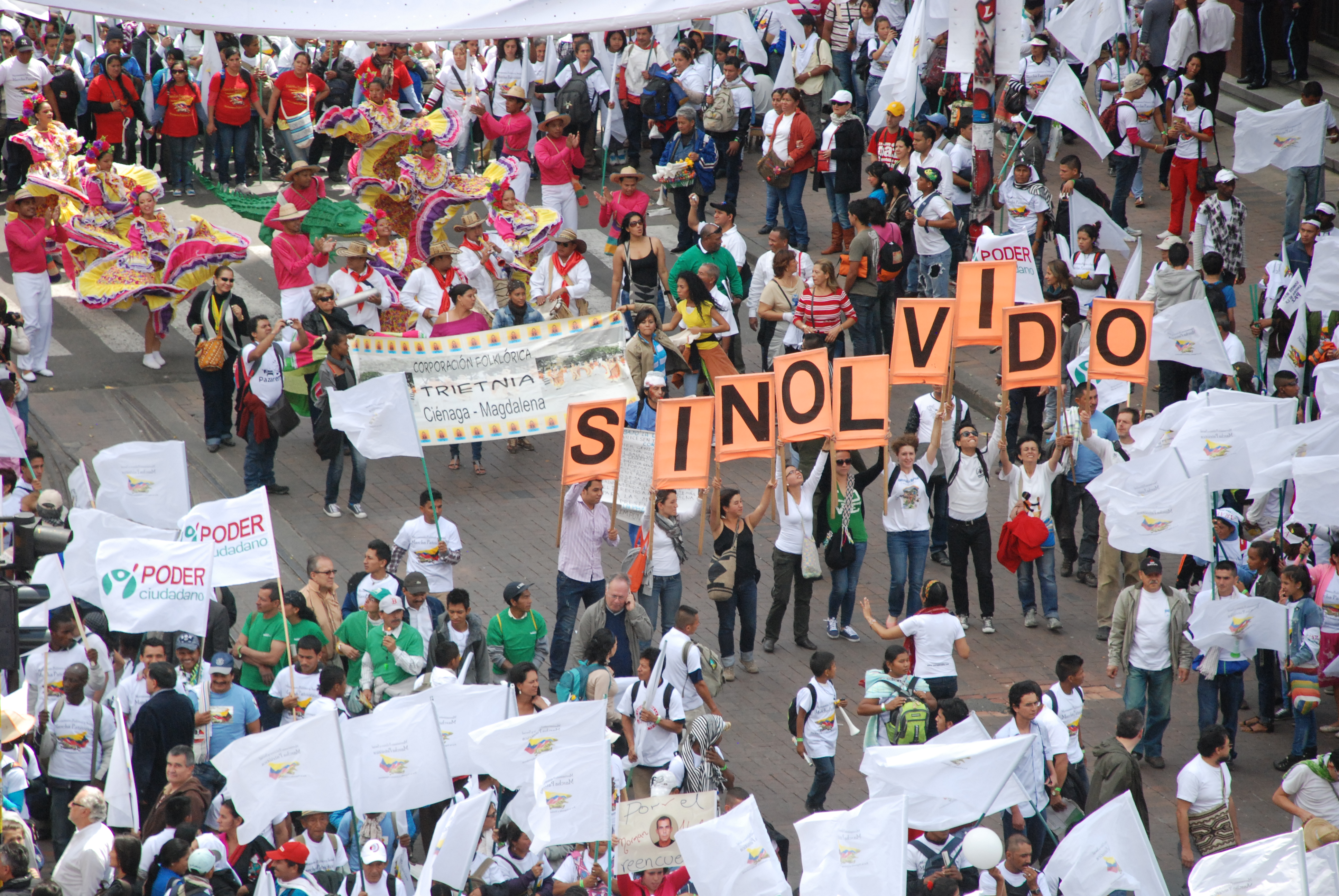 It has been a little over a year since the Colombian government and guerrilla group FARC-EP signed a Peace Agreement meant to give an end to more than 50 years of armed conflict in Colombia. Since these two parties established a bilateral ceasefire, the death toll within the framework of the armed conflict reached a historical low. Indeed, as of November 1, 2017, the toll of victims of homicide fell from around 11,901 victims in 2012, when negotiations began, to 343 in 2017 according to the government’s Unit of Victims. The Agreement’s actual implementation has been tedious, however, with only 8 out of the 27 laws needed for the Peace Agreement to be implemented having been approved by Congress as of November 22, 2017. Furthermore, some sectors like the political parties Centro Democrático and Cambio Radical are trying to block the implementation of this Agreement, as they harbour serious concerns about many of its points. To make matters worse, 55% of the demobilized FARC members have abandoned the transitory zones that they were gathered in to be able to transition to civil life according to the United Nations.

Despite this context of uncertainty, the Commission of Truth, Coexistence and No Repetition has recently announced its members and will soon begin to operate. This Commission was established by the Peace Agreement following the examples of previous negotiations in South Africa, Chile, and Peru. Indeed, a country that does not know its history cannot stop repeating its mistakes. This Commission of Truth is part of an Integral System of Truth, Justice, Reparation, and Guarantees of No Repetition that is established in the fifth section of the Peace Agreement. It will serve as a temporal and impartial organ of extra-judicial character that seeks to find out the truth of what happened during the conflict and to contribute to the clarification of violations and infractions. The Commission will operate for 3 years, at the end of which it will present a report on the facts that it uncovered. Given its extra-judicial nature, this Commission will not be in charge of judging or sanctioning any of the actors involved in the armed conflict, a role that the Agreement assigns to the Special Jurisdiction for Peace, a transitional justice system that I describe in detail here.

The Commission aims to achieve three fundamental goals, which in conjunction contribute to the “no repetition of the armed conflict” aspect of the deal. The first is to clarify the conflict’s many atrocities and to explain the conflict’s complexity to the country to promote a shared societal understanding of the war. After all, the armed conflict had many different actors with assorted ideological inclinations. There were insurgency guerrillas like the Revolutionary Armed Forces of Colombia (FARC) and the National Liberation Army (ELN), which at their inception in the 60s rose up in armed struggle against the state. As a response to these guerrilla groups, paramilitary militias known as the United Self-Defences of Colombia (AUC) were created to protect landowners’ property from what they saw as guerrilla invasions. Given the many different armed groups in the country, the Commission will have to write a narrative that analyzes this conflict from a wide array of perspectives. The second goal of the Commission is to recognize victims as citizens who saw their rights disrespected. The third is to promote coexistence in the territories so as to promote a pacific resolution of the conflict and the construction of a stronger culture of respect and tolerance within Colombia’s democracy. Ultimately, it will seek to establish an atmosphere of dialogue and create spaces in which victims can be dignified, individual and collective acknowledgments of responsibility can take place, and respect and trustworthiness between citizens can be consolidated according to p. 131 of the Agreement.

A Selection Committee chose 11 people to comprise this Commission, with Jesuit priest Francisco de Roux as the Commission’s President. According to p. 138 of the Agreement, de Roux will act as the spokesperson of the Commission, coordinate the labour of its members, facilitate its internal functioning, and direct its tasks, preferably seeking consensus in the internal decision-making. Born in Cali, Colombia, de Roux’s religious vocation led him to help Colombia’s vulnerable populations and to lead an austere lifestyle. He studied philosophy and theology at the Pontifical Javeriana University in Colombia, has a master’s in economics from the Andes University in Bogotá, Colombia, and a Ph.D in economics from La Sorbonne University in Paris, France. De Roux is the former director of the Centre of Investigation and Popular Education (CINEP) in Bogotá, Colombia, which has rigorously researched and analyzed Colombia’s armed conflict. He then designed the first Program for Development and Peace in Magdalena Medio, a peace laboratory in one of the Colombian regions most impacted by the armed conflict.

Given the nature of his work, de Roux has throughout the years clashed with different armed groups who viewed him as an obstacle to reaching their goals. Some of these clashes were recently described in an article by his brother Antonio de Roux. In 1997, Francisco de Roux organized a caravan with the inhabitants of Santa Rosa del Sur to get to guerrilla camps and demand from these groups that they allow local civilians the right to vote. The guerrillas did not give in to this demand, leading to attacks that resulted in multiple fatalities. Around 2001, de Roux was detained by the ELN, one of the country’s guerrilla groups, who accused him of pushing the capitalist system on the region; the ELN then gave him a trial. However, de Roux was not allowed to defend himself and the ELN purportedly decided to execute him in the morning. Thankfully, he was spared in the end because of the command of an ELN superior who gave the order to free him. One or two years later, paramilitary militias supposedly attacked and assassinated some members of the aforementioned Magdalena Medio program. Francisco de Roux received a death threat but was once again saved thanks to orders from a militia chief. Then, when the program attempted to encourage voluntary removal of coca plantations and transition to legal agriculture in peasant communities, the FARC allegedly assassinated multiple program leaders tied to the eradication of illicit farms. Despite these events, de Roux has actively participated in the different reconciliation processes that Colombia has witnessed since the Agreement’s signing. Among them, he recently mediated an act of reconciliation between ex-AUC chief Rodrigo Pérez, ex-FARC chief Jairo Quintero, and victims’ representatives in the south of Bolivar, a department in Magdalena Medio, Colombia. Once enemies, Pérez and Quintero shook hands and expressed their dedication to compromise when it comes to fostering peace.

At first, de Roux was skeptical about presiding over this Commission because he thought it was a “very difficult job.” Yet, after being pressured by governmental and ecclesiastical authorities, as well as civil society elements, he accepted the position. Despite de Roux’ constant work in the fostering of peace initiatives and in the defence of human rights in Colombia, some sectors in the country are not enthusiastic about his presiding over this Commission. For de Roux, the lack of trust from these sectors is due to the fact that “there is a lot of suffering, a lot of pain, and a lot of indignation from all sides” in Colombia. Given this reality, he believes that “everyone will have to be heard with respect.” Indeed, in an interview with the local newspaper El Tiempo, de Roux points out that when he went to give a talk to around 400 military men in the Superior School of War, an army soldier said to him: “what happens is that you are part of the Liberation Theology and you have written and pronounced yourself against the military.” 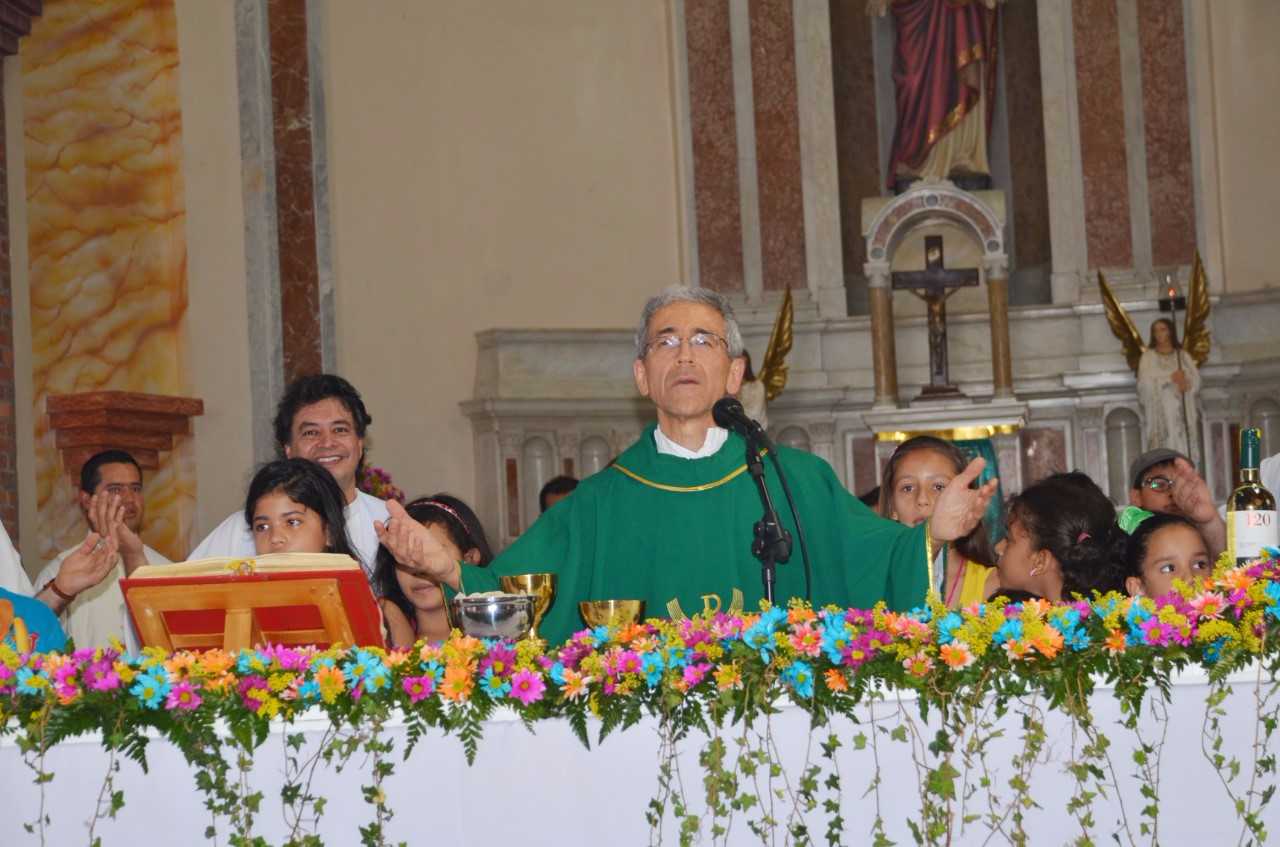 Liberation Theology is a branch of Catholic theology that emerged in Latin America in the 1950s and 60s. According to the Peruvian priest Gustavo Gutiérrez Merino, one of the founders of this theology, Liberation Theology sees as its most important function the construction of a “just and fraternal society, where persons can live with dignity and be the agents of their own destiny.” For Gutiérrez Merino, the notion of liberation, unlike the notion of development, “emphasizes that human beings transform themselves by conquering their liberty throughout their existence” and that “liberation can be approached as a single salvific process” from a Catholic viewpoint. Gutiérrez Merino believed that liberation theology could be applied to the Latin American context of the 50s and 60s, and so viewed the men and women of this continent as being “committed to the process of liberation” in an “oppressed and exploited land.”

De Roux stated to military groups that he likes liberation theology because “it puts us on the side of the poor in such an unequal country.” Yet, he exclaimed that he does not share specific positions within broader Liberation Theology that “defend the armed fight to seek justice” and that he has therefore “never agreed with the insurgency war” even though he purports to understand its roots. For de Roux, “there was an armed conflict” despite the position of some in the military that “there was never an armed conflict, but rather bandits and terrorists that raised themselves in arms against a good society.” While de Roux has “never endorsed the insurgency war,” by claiming that there was an armed conflict he confers to groups like the FARC or the ELN the status of insurgency groups uprising against the state. The position of some members in the military and of some politicians in Colombia, by contrast, is a refusal to label these groups as “insurgents”, reducing them to mere terrorists and allowing these figures to deny the existence of an armed conflict. Since guerrilla groups committed war crimes and crimes against humanity that are condemned by international standards, some sectors in Colombia refuse to see the fight of the guerrillas as anything but an illegitimate fight. Yet some members of the military also committed war crimes and crimes against humanity. This is demonstrated by the case of some military men who performed “false positives”, or extra-judicial killings of innocent impoverished civilians followed by the dressing of these victims as guerrilla members to obtain government rewards during Uribe’s government (2002-2010).

The clash between these vastly different viewpoints is in part what has polarized the Colombian population. Yet, de Roux claims that he has “the hope of making (skeptical members of the military) feel that, when I see them with those strong positions against the peace process, I do not think that they are evil or perverted, but rather (that I understand) that that is what they think is best for Colombia. And I respect that, but I would like them to understand that I also do what I do because I believe that it is what is best for this country. I have no moral judgment over (the military). I want to maintain this as a basic point to be able to talk.” De Roux’s goal is thus to make skeptical members of the army “feel like they are being listened to” and that “if they are not able to trust what we will produce (with the Commission), at least that they feel respected.”

The Commission of Truth, on top of clarifying some of the unknown events that happened during the armed conflict, will have the huge task of reconciling a country that sees itself more and more polarized with each passing day. After all, given the vastly different views of various sectors of Colombian society, one could argue that in this country, each person lives in a different reality, viewing some factions as “the good guys” and other factions as “the bad guys” depending on the version of reality they choose to believe in. Yet, de Roux insists that the Commission of Truth “is not a commission against anyone. It is a commission that wants (…) to reach a mobilization towards compassion so as to understand what happened in the country: why we endured so much suffering and how we can overcome it together.”