Computers and Crops: The Agricultural Aspirations of Big Tech 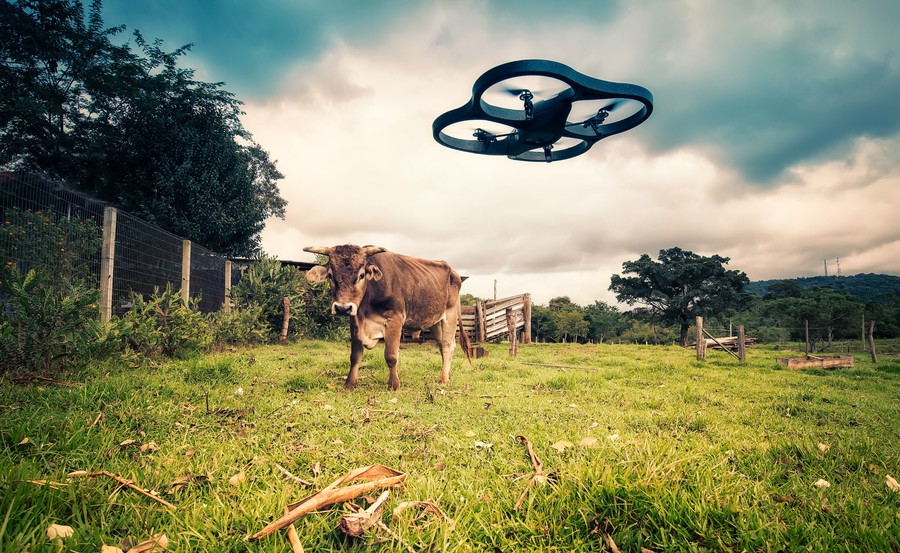 Humans have been farming for millennia. Indeed, the process of food growth allowed us to build civilizations, develop ourselves, and dominate the planet. Yet, despite agriculture being so vital to our survival and health, we don’t think too hard about who the key players are in putting food on the table. Recently, the new world of Big Tech and the old practice of farming collided, leading to exciting innovations, rampant conspiracies, and legitimate concerns. By examining the industry, the proposed technology, and Big Tech’s potential market power, we can answer a fundamental question: why is Big Tech getting into farming?

What innovations is Big Tech bringing to the table?

What exactly does Big Tech have to offer farmers? Primarily, the innovations proposed by tech companies involve analyzing crop growth, mapping farms, and more efficiently redirecting resources. For example, by planting a variety of sensors designed to detect moisture, growth, and any other relevant activity, enough data can be acquired to analyze and formulate efficient watering solutions. This information is then sent to a cloud computing system, which stores the data, and relays it back to automated irrigation systems, which will only water the areas that yield the most crop. Theoretically, this system could save farmers up to 20 per cent more water, which will be key as more areas begin to be affected by droughts.

Rather than planting multiple costly sensors, however, Microsoft Azure Farmbeats pairs drone photography and limited sensors to create heat maps designed to show crop development and guide resource decisions. To store the data, it utilizes unused radio frequencies to broadcast the information to the Microsoft Cloud. Essentially, the idea is to transform farms into quasi-factories with a high degree of control over the quality of yields in the most cost-efficient manner.

Bayer, an agricultural near-monopoly, has also been moving into digital farming through a phone app and sensory technology, and has been using Amazon Web Services to store the data. In a typical maneuver, Amazon has used what it has learned from Bayer and rapidly developed its own digital agriculture platform. This may allow Amazon to vertically integrate into this market in the future. While it’s clear that large players are entering the farming world with innovative technology, it is also important to understand why this industry is ripe for disruption in the first place.

The agricultural industry is currently in crisis. Since 2013, an amalgamation of catastrophic factors has struck the farming community. Trade wars caused by a rise in global protectionism, extreme weather conditions due to climate change, and decreasing commodity prices are just a few of the factors American farmers have had to deal with. Furthermore, globalization has led to a rapid increase in the global food supply available to first-world countries, pushing farmers to sell at lower prices without being able to cut costs accordingly. Bankruptcies, closures, and suicides in farms are rapidly rising, a situation exacerbated by poorer yields due to a decrease in arable land stemming from climate change. While these internal issues leave the industry ripe for disruption, what does Big Tech have to gain from inserting itself into a historically troubled field?

Farming innovation, while perhaps important in a struggling industry, is not without its critics. Farming activist groups have voiced concerns over the proposed effectiveness of these techniques and for whom exactly the technologies are designed. As data amalgamation services, these platforms are more useful for farms that can produce a significant amount of data, which, by simple statistics, are farms with larger fields or those that are only growing one type of crop. As smaller farms typically do not follow monocropping practices, any insights accrued could potentially be more beneficial to larger farms, potentially widening the pre-existing disparity between agriculture giants and smaller family farms.

More extensive critiques regard this innovation as not just unhelpful, but perhaps sinister. Such critiques explain that instead of increasing yields, mass uptake of digital agriculture in small farms will only create a cycle of dependency by engulfing farmers into digital ecosystems. In such a system, Big Tech can act as the ultimate middleman. If farmers do not have the information provided by these services, they will lose to farms that do. If they opt in, Big Tech can amalgamate the data and target ads for seeds, pesticides, or tools from large agriculture firms directly to farmers, much like the targeted digital advertising present on social media platforms. In such a system, the only way to compete with other farmers is to purchase technological or biological products such as drones, sensors, and seeds from these large companies who pay Amazon and Microsoft for their marketing services. In the end, all farms lose out: small farms lag behind on essential innovation, while larger farms are limited to buying from Big Tech’s chosen suppliers.

These fears are not unfounded, as this technology is already being pioneered in the developing world. DigiFarm, the agricultural arm of Kenyan tech business Safaricom, offers chatbot services to rural Kenyan farmers. The chatbot services act as a sales funnel that recommends other Safaricom services, such as the direct purchase of crops, crop insurance, and microloans. By doing this, Safaricom has become the middleman between farms and consumers, and has exerted financial control over farms through high-interest loans.

While buying into the Big Tech farming model may enable farms to produce more crops, it ultimately comes at the cost of autonomy. Evidently, wariness of tech companies inserting themselves into the supply chain is not unwarranted. This is what farming groups fear — not that their yields will necessarily be poorer, but that they will be forced to relinquish agency over their farming decisions. Typically, corporate action is not based entirely on altruism, meaning that we can expect Microsoft to benefit from transforming farming practices. Furthermore, it is easy to imagine Amazon’s interest in circumventing middlemen in the food supply chain, due to its expansion into grocery stores.

Is Big Tech sowing the seeds of an innovation that will save us from a hunger disaster, or are we veering towards a neo-feudalist monopoly world, where Big Tech and corporate interests control what farmers grow, buy, and sell? Regardless of the answer to this question, one thing is for certain: like many other industries, agriculture is being disrupted. Only time will reveal what the results of that disruption are.

The featured image “Drone vs Cow” by LimaPix is licensed under CC BY 2.0