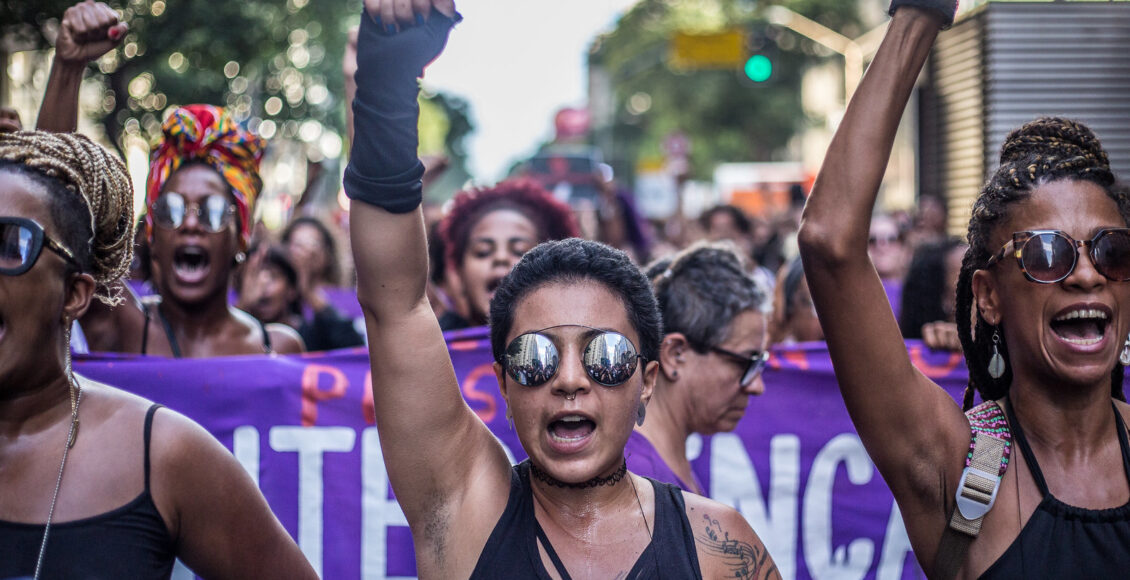 December 8th of 2020 marked almost 1,000 days since the assassination of Afro-Brazilian councilwoman and social activist Marielle Franco, allegedly at the hands of two former policemen with ties to one of Brazil’s many paramilitary gangs. The murder of Franco, a staunch advocate for Black rights and the fight against sexual and gender-based violence in Brazil, crucially indicates how the deeply-rooted issues of racism and violence against Afro-Brazilians have spilled over into the country’s political domain. Particularly amid the global Black Lives Matter movement, Black Brazilians are further motivated to demand institutional change and increase the political representation of Black people in Brazil.

As of 2019, the proportion of Brazilians who identify as Black or mixed-race reached 56 per cent of the population, approximately 120 million people. This significant presence of afro-descendants largely resulted from the transatlantic slave trade, whereby the Portuguese empire forcibly brought over 4 million people from Africa to Brazil. Having hosted the largest number of slaves out of all the other countries in the Americas, Brazil was also the last country in the region to officially abolish slavery in 1888. Still, the legacy of slavery endured and cemented itself in the institutionalized racism and discrimination against Afro-descendants, which has similarly been observed in other countries across the region that were involved in the transatlantic slave trade. Brazil did not subsequently experience any formalized system of segregation, as with the United States, so many Brazilians were taught through much of the 20th century political and social discourse that the country should be considered a “racial democracy,” wherein racial prejudice transcended society and all people were treated equally. Yet, Black people in Brazil have historically faced disproportionately high rates of homicide, poverty, and limited access to fundamental democratic rights such as property ownership. This is a clear indicator that the colonial project fostered deeply harmful structural inequalities nonetheless.

In contemporary Brazilian society, the fight for racial equality has been galvanized by instances of police brutality involving the murders of Black people, drawing parallels with the fight against police brutality in the United States. Less than a week before the senseless murder of George Floyd, police forces gunned down a Black 14-year-old boy named João Pedro Mattos Pinto who was caught in the crossfire of an operation in the favelas of Rio de Janeiro. In November 2020, a video released on social media sparked massive nationwide protests as it showed security guards at a Carrefour supermarket violently beating a 40-year old Black man, Joao Alberto Silveira Freitas, who later died due to serious injuries sustained from the assault.

However, the murders of Freitas and Pint0 come as no surprise considering the shocking figures that detail the rates of homicide and police brutality against the Afro-Brazilian population, who represented almost 80 percent of people killed by police in 2019 and 76 per cent of all homicide victims in 2018. Although a 12.9 per cent decrease in homicide rates was observed for non-Black people between 2008 and 2018, an increase of 11.5 per cent in homicide rates was observed for Black Brazilians. Furthermore, according to the Atlas of Violence, Black women represented 68 per cent of all women murdered in 2018. These murders, that often go unsolved and uninvestigated, are equally as reflective of the relentless criminalization and persecution of Black bodies as they are of the unfettered power and corruption of rule of law at the hands of Brazilian police forces, further encouraged by the harmful rhetoric of Brazil’s right-wing conservative President Jair Bolsanaro and his administration.

Beyond the physical violence that has scarred Black communities across the country, the Afro-Brazilian population’s struggle is especially salient in the country’s political sphere. President Bolsanaro has consistently denied the existence of racism in Brazil and surrounded himself with individuals who further aim to repress the work of activists and politicians who champion Black rights in the country. In February of last year, Bolsanaro appointed Black journalist Sergio Camargo as the director of the Fundaçao Cultural Palmares, the public institution tasked with promoting and conserving Afro-Brazilian history and culture. Yet, Camargo, who describes himself as an “anti-victim,” “right-wing Black man,” has referred to those involved in the fight for racial equality as “scum,” and denounced the Black Lives Matter movement as “useless.” Camargo also continues to push forward the myth of racial democracy by denying that racism exists in Brazil and labelling Black people who voice their lived experiences with discrimination as “stupid and misinformed by the left.” The placement of officials like Camargo in the already fragile political arena of Brazil threatens to unravel decades of work towards greater social, economic, and political inclusion for Black Brazilians.

Despite the obstacles faced at the executive level of government, positive gains at the municipal level signal hope for greater representation of Afro-Brazilians people and their best interests in politics. A wave of Black politicians entered public office at the latter end of 2020, which was supported by a Supreme Court ruling that obliged political parties to allocate a significant amount of state-provided campaign funds to Black and mixed-race candidates. Approximately 1,700 mayors and almost 26,000 city council members elected in the November 2020 municipal elections identified as Black or mixed-race, which has also come as more Brazilians opt to officially embrace and identify with their Black heritage in national demographic and census registries.

Although some of these politicians have embraced a more socially conservative, right-wing, and religious platform akin to that of Bolsonaro, others have brought a more liberal, socially inclusive perspective. The election of individuals such as city councilwoman Erika Hilton, the first Black, transgender woman elected to the municipal legislature, or Mônica Benício, a lesbian activist and widow of Marielle Franco, may also see to further action being taken to combat violence and discrimination against the LGBTQ+ community in Brazil. Brazil remains the country with the highest number of violent crimes committed against LGBTQ+ people in the world, with 1,720 reported cases of violence against LGBTQ+ individuals and 179 transgender homicide victims in 2017. Hilton, who ran under the left-wing Socialism and Liberty Party of Sao Paulo, indicated that her election and the separate campaigns of 294 transgender candidates in the municipal elections, 30 of whom were elected, shows that Afro-Brazilians are making gains against Bolsanaro and the pervasive legacy of institutional racism and homophobia in the country. Black politicians are still disproportionately susceptible to discrimination in the form of racial slurs, death threats, and the gruesome realization of such prejudices in the case of Marielle Franco’s murder. However, such treatment only serves as further motivation for Black politicians to fight their way into public office and realize the fight for racial justice and Black humanity at the legislative level.

Another week, another assassination of a black life in Brazil. This time, two little girls, aged 4 and 7, in Rio, shot by the Military Police. Once again, we reaffirm: democracy and racism should not coexist. #BlackLivesMatter #VidasNegrasImportamhttps://t.co/n6AGGXxc2C

One of the popular rallying cries adopted by social activists in Brazil that represents the uncompromising nature of the fight for racial equality is “Com Racismo Não Há Democracia” (“as long as there’s racism, there is no democracy”). In other words, the Black Lives Matter movement in Brazil has highlighted the paradox of a supposedly democratic system that is still unable to guarantee the basic citizenship right of freedom from discrimination to the majority of the population. Even in recent years, with other issues such as corruption, fiscal pedalling, and overall poor democratic governance, Brazilians of all ethnic backgrounds have lost their faith in the vitality of the country’s democracy. Yet, after more than 500 years of enslavement, violence, and marginalization, Afro-Brazilians are increasingly demonstrating their determination to rally systemic change from the inside, which this new wave of elections will hopefully allow for.