Confronting Anti-Blackness within the Asian Community 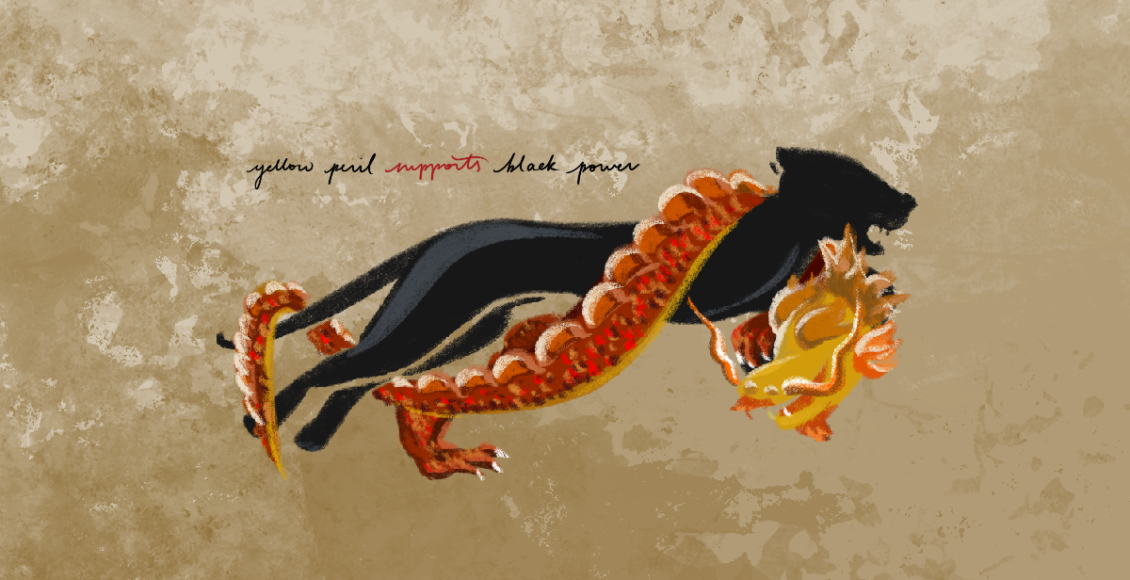 As a Chinese-Canadian, I felt the immediate social repercussions of the COVID-19 pandemic. Previously dormant xenophobia, emboldened by the words of certain politicians, stimulated microaggressions that felt so common that they were deemed insignificant. From the virus being nicknamed the “Kung Flu,” to individuals of Asian descent being told to “go back to China,” the extent to which racism persists in Canadian society was undeniable. In my hometown of Vancouver, anti-Asian hate crime incidents rose by an estimated 878 per cent. Naturally, this led to a series of dinner conversations with my family that were fixated on issues of race and social inequity.

While my parents and I agreed that racism and discrimination against the Asian community in the past year had been a pervasive issue, discussions about other horrific displays of racial injustice sparked unexpected disagreement. In particular, in conversations about the Black Lives Matter movement and how to overcome structural barriers to racial and social justice, they often reaffirmed the model minority myth and referenced their own internalized prejudices against BIPOC. I was shocked by the moral inconsistency — how could my parents feel so apathetic towards and isolated from the struggles of other minorities when, in many ways, they had experienced comparable obstacles? This led me to question to what extent anti-blackness within the Asian community exists today, and what factors historically and presently perpetuate this issue.

Ultimately, the issue of how to solve racial injustices against the Black community is what we truly disagreed on. They constantly referenced the success of Asian immigrants in North America, suggesting that various minority groups had achieved large-scale success without government help. This, of course, is not an uncommon opinion. The term “model minority” was first coined in 1966 by sociologist William Petersen, who claimed that the success of Asian-American immigrants was the result of diligence and hard work, thus concluding that anyone, no matter their background, could also overcome systemic barriers to success in America. However, empirical evidence suggests that Asian-American immigrants’ financial success was an outcome of discriminatory immigration policy that strongly favoured the highly educated and replaced decades of anti-Asian immigration policies. This directly contradicts Petersen’s assertion that hard work, which he claimed was innate to people of Asian descent, is enough to overcome racial and social barriers. Crucially, the model minority myth has been used to deepen divisions between minority groups. As the success of Asian-Americans became the gold standard for white politicians who wished to deny the demands of African-Americans, the tide of anti-Asian immigration and racism retreated. Not only did the wage gap between Asians and whites close, white Americans became statistically far more tolerant of Asians, who, as the model minority, developed into a symbol of the American Dream’s survival.

However, as a result of the success enjoyed by Asian-Americans, the model minority myth has been internalized by many Asian immigrants themselves. For my parents, this manifests as turning a blind eye to different kinds of racial barriers and the unique circumstances that dehumanized Black and Indigenous peoples in America, the impacts of which ripple to this day. As such, the importance of shedding light on how certain structures, such as the school to prison pipeline and police brutality, uniquely and disproportionately disadvantage BIPOC is paramount. The ability to ignore these nuances is itself a privilege that many Asian-Americans enjoy as a result of their comparative success — recognizing this reality should be an integral part of any discussion surrounding racial inequity.

Beyond the present-day implications of the model minority myth, there also ought to be a deeper conversation about the internalized anti-blackness and colourism — the dislike of individuals with darker skin — within Asian culture. While the issue is often correlated with discrimination against particular ethnic minorities, it also manifests itself as an overarching social norm leading to the preference of lighter skin tones. Throughout South and East Asian cultures, various historical interactions enabled lighter skin to become a symbol of wealth, health, and status. In South Asia, for example, colourism in the present-day can be attributed to both European colonialism dictating a preference for Eurocentric features and the Hindu-caste system dictating a preference for lighter skin. And while its immediate implications, such as the booming skin-whitening industry, are especially salient in the region, colourism has intersected with internalized racism and remains a major issue within Asian immigrant communities in the Western world. Psychology research suggests that while it is most common for first-generation immigrants who have experienced colourism within their communities to internalize and apply it in more multicultural spaces, this learned behaviour can be passed down to second and third-generation immigrant children. Given how common colourism is within Asian culture, it is unsurprising that the same skin-tone based hierarchies are applied to different ethnic groups.

Given the deep and historical roots of anti-blackness within the Asian community, how should we approach conversations with our loved ones? In general, comparing the various kinds of racial or social barriers faced by different minority groups is not productive, nor is it conducive to a better understanding of the issue. This problematic logic of competitive comparison is at the root of the model minority myth and should be rejected whenever possible. Minorities should unite in their goal of achieving an equitable society rather than independently work towards being the first to achieve “white” success. In turn, we should aim to utilize the differences in minorities’ experiences as a means of better explaining why different solutions are necessary to solve racial injustice against different groups.

It can be frustrating, as it was for me, to bridge various gaps in order to conduct important discourse. In many Asian customs and norms, showing respect and deference to one’s elders is fundamental, and starting any potential conflicts is extremely undesirable. When it comes to starting these conversations, often with family members with whom there may be cultural, generational, and even language barriers, it is therefore important to avoid broad assumptions and villainizing opposing opinions. For my parents, it was most difficult to contextualize how historical grievances contribute to current inequity — to address this, we watched Ava DuVernay’s “13th.” The documentary illustrates present-day racial injustices accurately and the medium of film defeats common obstacles to productive discourse, such as the language barrier present in many immigrant families. By providing a better understanding of mass incarceration and the private prison system in America, it facilitated a deeper conversation, one in which we all felt more aware and capable of contributing our opinions. Like any other issue, we should aim to address it at the root. To do that, we must first ask questions. It often only takes patience and greater empathy for the different backgrounds, experiences, and feelings of others to achieve great progress.

Alison is in her first year at McGill pursuing a degree in Political Science. Her areas of interest include US politics, international relations, and social justice.