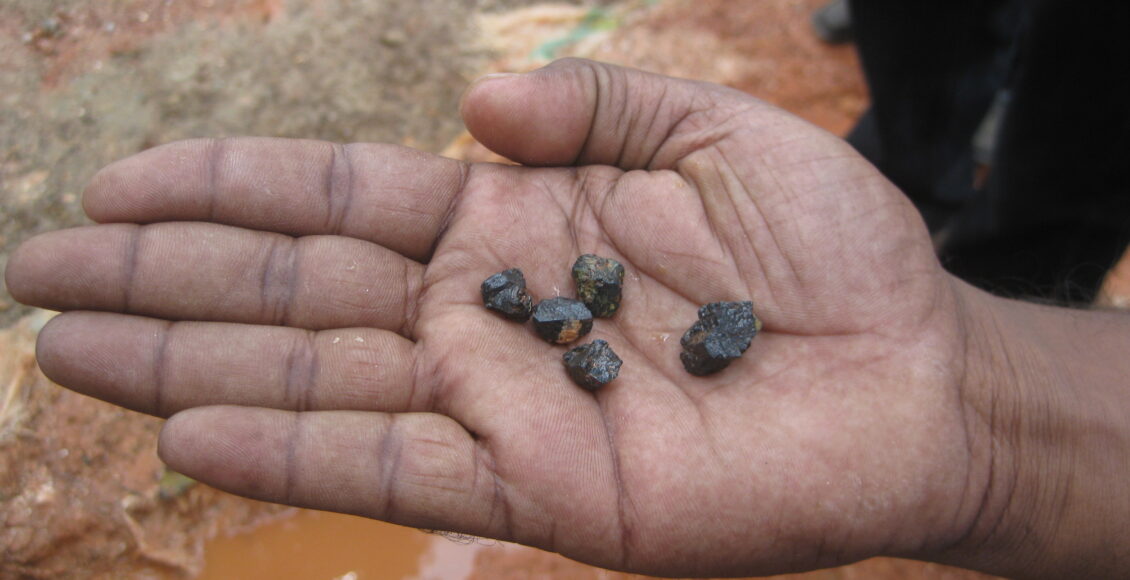 The Democratic Republic of Congo is one of the richest countries in the world in terms of natural resources, owing to a tremendous deposit of untapped raw minerals. However, as Congo emerges from a brutal history of colonialism, slavery, corruption, and conflict, the country exemplifies the paradoxical “resource curse,” with its rich supply of resources and comparatively low development. The country faced a harsh era of Belgian colonization in the early 1900s, which targeted its rich supply of ivory and killed over half the population in the process. Decades later, the Congo’s horror remains unchanged as ongoing armed conflicts fuelled by the control of minerals continue to overwhelm the country.

In November 2020, the country received global attention as #CongoIsBleeding aimed to spread awareness of both the historical and present exploitation of the country’s resources by multinational corporations. Today, the metallic ore columbite-tantalum — colloquially referred to as coltan — remains at the centre of the conflict, after the rise of digital technology exacerbated the demand for the mineral, fostering internal power struggles.

Coltan is indispensable to the creation of all modern technological devices. The mineral is refined in tantalum powder which is used to create heat-resistant capacitors in laptops, cell phones and electric cars. Congo holds 80 per cent of global coltan deposits, most of which is located in Kivu and Orientale, and produces 60 per cent of the world’s supply. The rise of digital technology during the last decade drives demand for coltan in China as it remains the leading global manufacturer of technological devices. Nevertheless, because extracting coltan requires no advanced technology or training, it became the perfect source for rebel groups to finance their arms.

Conflict minerals have been the main source of financing for decades-long conflicts including the Second Congolese war. Following Rwandan Genocide in 1994, Congo was overwhelmed by an influx of Rwandese refugees, inadvertently giving way to a violent civil war and a rise in rebel forces from neighbouring nations. These events created the dynamics which fostered the Second Congo War. The Congolese government fought armed factions and militias, supported by Uganda and Rwanda with help from Angola, Zimbabwe and Chad. As foreign fighters sought to finance their operations, the conflict congealed around the control of coltan.

Although coltan is not the sole factor driving the war, it became the financial backbone of rebel groups and opposing armies involved in the conflict. Coltan profits have been a major source of revenue for the Congress for the Defence of the People, a Tutsi rebel group involved in the North Kivu war in 2008. Moreover, militias in the country are notorious for massacres of civilians and the destruction of civilian property. These groups actively extort miners within the country and fight to control mines in Eastern Congo illegitimately. Rebel troops continue to tax miners for their access to sites, thereby increasing competition for the control of mines around the country.

In addition to exacerbating conflicts, the coltan industry poses long term environmental and health risks, and contributes to rampant human rights abuses like child labour. According to the WHO, high levels of coltan exposure can cause long term health problems, particularly for children who are often recruited to work in these mines. Because they generally use hand-held tools, artisanal miners work with no safety equipment and receive little-to-no compensation for their work. Furthermore, much of the water surrounding mining sites is contaminated with toxins from the minerals, and can therefore infect those with no direct contact with the industry. Despite dangerous conditions and long term health issues, labour remains plentiful because coltan mining is still the best option for many workers. With approximately 30 per cent of schoolchildren delaying their education to work in the mines, Congo’s coltan industry is increasingly detrimental to the well-being of children throughout the area.

The Congolese government recently attempted to exercise greater control and oversight over artisanal production in the country, including domestic coltan and cobalt mines. The country granted a monopoly to the state-owned company Gecamines, permitting it to market all non-industrially mined cobalt and coltan. Consequently, artisanal miners will now sell to the state-owned company rather than buyers from foreign nations. Although it remains unclear how effective this method will be, it represents a desire to increase accountability and oversight by the government. Skepticism over the intentions of this decision is currently rising as some believe it is an attempt to further control prices and increase supply instead of mitigating health risks and human rights abuses connected with mining.

Major tech companies have been especially vocal in the broader discourse surrounding the ethical implications of coltan mining. Companies can play a central role in reducing human rights violations by purchasing from legitimate sources instead of illegitimate mines, which exacerbate conflict and abuse their workers. Unfortunately, major tech companies have been slow to adapt so far, and few have actually taken steps to determine where their coltan comes from. Reports show that until 2019, major corporations such as Apple, Sony and Samsung used batteries made with coltan sourced directly from Congo. In addition, these batteries came from “artisanal mines” with few regulations and limited protection for workers. In response, International Rights Advocates filed a  class-action lawsuit demanding corporate accountability for “forced labour and negligent supervision” arguing that major tech companies aided and abetted illegitimate coltan mining operations in Congo. Apple has since claimed that it will begin conducting third-party audits to ensure that suppliers meet their ethical standards. The supply chain begins with Chinese traders in Congo looking to buy Coltan at the best possible price. It is then sold to companies like Tianiqi Lithium Corporation, which supply the world’s biggest battery makers. Although major tech corporations are four steps removed from the actual mines, they must promote responsible sourcing by mapping supply chains and increasing third-party audits to assure basic safety standards are met.

In the last decade, coltan emerged as a profitable source of revenue for rebel groups and militias, exacerbating conflict and creating power struggles that foster exploitation. Furthermore, rampant human rights abuses and negative environmental and health implications will negatively impact Congo in the long run. Governments and companies alike must take action to ensure that their sources of the mineral come from ethical mines and the Congolese government must take substantial steps to reduce militia extortion within mines.

Featured imaged “Congo Rebels” by Steve Evans is licensed under CC BY 2.0.