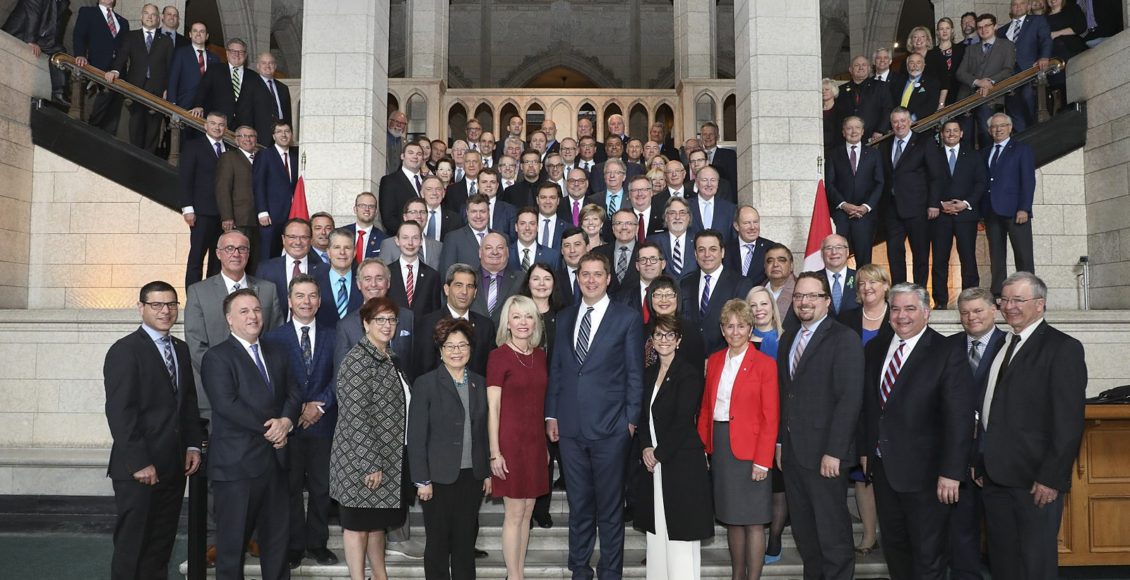 Following the federal election and its notably underwhelming focus on women’s issues, the race for the next leader of Canada’s Conservative Party (CPC) has continued much in the same vein. Of the eight hopefuls, both female candidates have so far struggled to be taken seriously, pointing to barriers within the Conservative Party and Canadian politics at large that inhibit women from obtaining power. These systemic challenges, including the high cost of entry for leadership races and various public stereotypes of female candidates, not only affect the two women currently vying for leadership, Leslyn Lewis and Marilyn Gladu, but they also illustrate larger problems in Canadian electoral politics that merit attention.

Compared to the 2017 leadership race, which included a field of 13 candidates in the first round, this year’s contest is undeniably small. Its early days featured prominent Conservatives, including Rona Ambrose, Pierre Polievre, John Baird, and Lisa Raitt, declining to run, leaving a gap for lesser-known politicians to fill. The current front-runner, Peter McKay, established himself as the Minister of Justice, National Defence, and Foreign Affairs under former Prime Minister Stephen Harper, and he now works in the private sector as a lawyer. Erin O’Toole, the other favourite, was appointed to serve as the Official Opposition Critic for Foreign Affairs after coming in third in the 2017 Conservative leadership race. As long-standing high-profile politicians, both men enjoy exceedingly high levels of media coverage that are not afforded to other candidates.

Compared to McKay and O’Toole, Lewis and Gladu lack name recognition. Lewis, a Toronto-based lawyer, ran unsuccessfully for Parliament in 2015, but she has courted socially conservative organizations, including anti-choice group, Campaign Life Coalition, since announcing her leadership bid. Gladu, on the other hand, has sat as a Member of Parliament since 2015 in the Ontario riding of Sarnia–Lambton. She currently serves as the Official Opposition’s health critic and formerly as the chair for the Standing Committee on the Status of Women. Given their profiles, it follows that neither candidate would receive the same volume of media coverage as McKay or O’Toole. However, women running for office in Canada have historically struggled to direct media coverage towards their platforms instead of their gender.

There are subtle differences between the ways Gladu and Lewis run their campaigns compared to their male counterparts. Both of their campaign websites prominently feature the word “compassion,” a virtue commonly associated with femininity. Lewis, in particular, emphasizes her status as a mother, reinforcing traditional standards of femininity.

In contrast, Gladu presents herself as a more progressive candidate, stating that she will not repeal the carbon tax and confirming that she is pro-choice. Her work on the Standing Committee on the Status of Women will undoubtedly bolster public perceptions of her “progressiveness,” which may prevent her from appealing to the socially conservative wing of her party.

To win the next election, the Conservatives must stand with Canadians. That means fighting for CDN interests and growing our economy by building business confidence, offering a balanced, competitive tax and regulatory environment, and building a resilient labour market.#cpcldr pic.twitter.com/5UVAwK0K3Z

Gender is a prominent feature in the strategic trappings of both Gladu and Lewis’ campaigns, offering unique risks and benefits. This is consistent with research suggesting that “stereotype activation” occurs when female candidates transmit information that reinforces feminine aspects of their identity. In the context of high-profile elections, this can lead “voters to perceive female candidates as less able to fulfill the demands of public office and reduces support.”

More broadly, politics is assumed to be an inherently masculine space, with events such as debates and question periods acting as a stage wherein traits like combativeness are rewarded. This places women at a disadvantage, especially when they are perceived by the public as innately less suited for these activities. This trend is exacerbated during periods of instability. A study found that after 9/11, American voters preferred men’s leadership traits. Although vastly different from 9/11, widespread global uncertainty caused by the rise of COVID-19 and the downturn in financial markets may contribute to feelings of instability.

Regardless of political stripe, female candidates face many of the same issues. However, each party comes with its own baggage, and for the Conservatives, this entails difficult terrain when securing funding. In contrast, the New Democratic Party (NDP) covers up to $500 of childcare expenses for candidates running at the riding level, and it is important that other parties do the same to reduce barriers for women in politics. On a larger scale, the funding issue creates a perception that parties are more willing to allocate resources towards male candidates, who are deemed better contenders.

At the riding level, a CBC investigation found that women in all parties, but especially those running as Conservatives, were consistently placed in electoral districts where the party was already at a disadvantage. Furthermore, compared to other Canadian parties, the CPC persistently runs fewer women candidates. This, along with support for certain traditionally-conservative policies, reinforces an image of the party as unfriendly towards women. Despite repeated calls within the party for more gendered inclusion by politicians such as Rona Ambrose and Lisa Raitt, former party leader Andrew Scheer failed to name a single policy supporting women’s rights in the run-up to the 2019 federal election.

This past election season also saw a high-profile attack against the former Liberal Minister of Environment and Climate Change, Catherine McKenna, in which the word “c*nt” was scrawled across her office door. While each party leader was quick to condemn the attack, there was no further discussion about the political environment that contributed to the incident, indicating only surface-level concern as far it was politically advantageous.

Moreover, there is a widespread assumption that female candidates are inherently more liberal than men, impairing their ability to court the more traditional segment of the electorate. According to numerous U.S. studies, voters generally do not vote based on gender, with up to 95 per cent of voters stating they would elect a woman. However, this overlooks the media’s role in perpetuating gendered stereotypes through the use of essentialist rhetoric.

Kim Campbell, Canada’s only female prime minister and member of the Conservative Party, spoke about the extent to which reporters projected their subconscious biases about women in politics, influencing the type of coverage she received. While prominent newspapers often acknowledged biases against her, she stated that little effort was made to rectify the issue.

While Campbell’s experience is disappointing, Gladu and Lewis will likely face many of the same challenges. However, there is hope that both candidates will use their platforms to vocalize the gendered obstacles they face, bringing more attention to this issue and inspiring young girls to run for office, despite the hardships that lie ahead.

Featured Image “The Conservative Party of Canada” shared by Andrew Scheer is licensed under CC0 1.0.