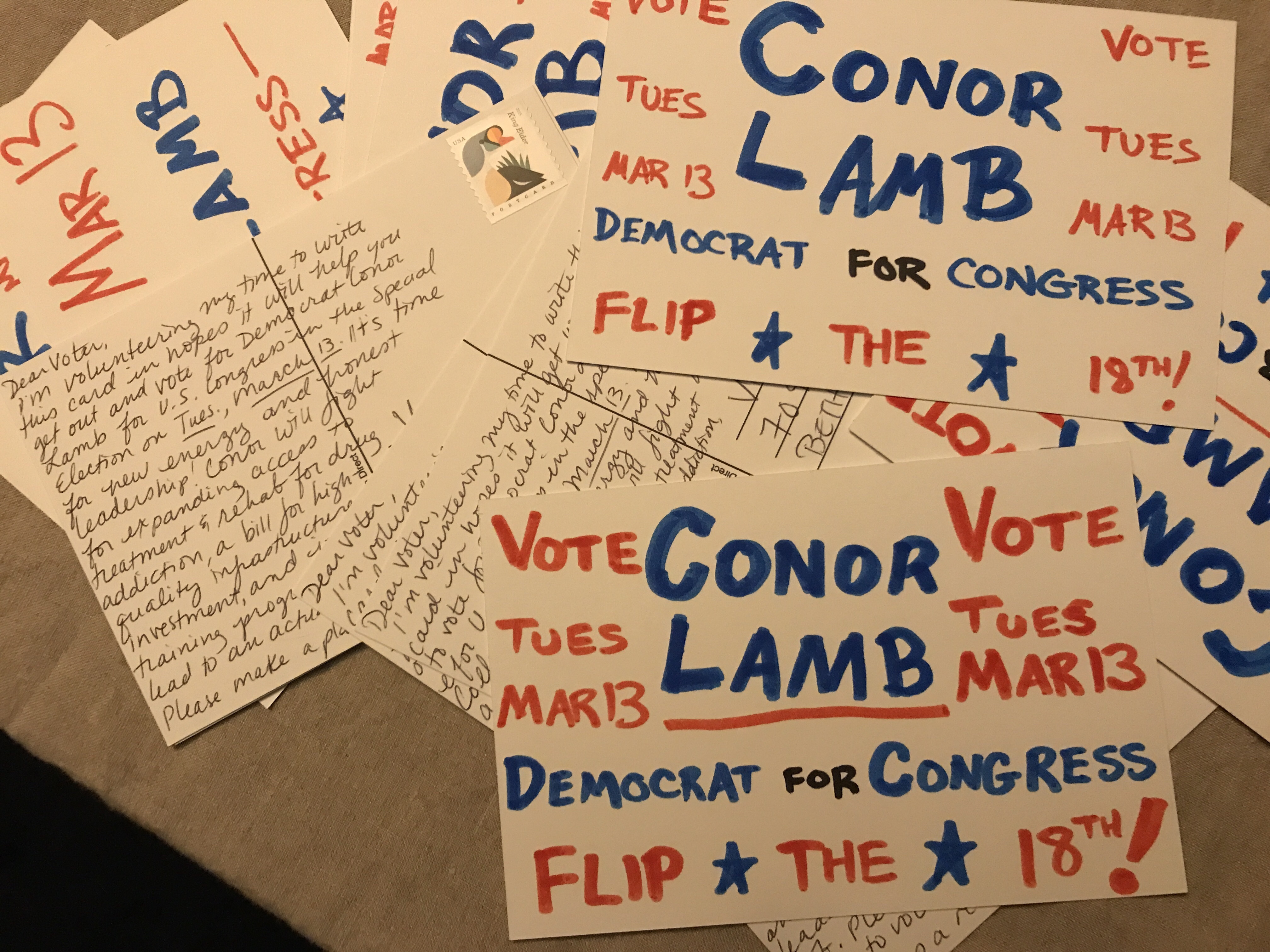 Since the election of President Donald Trump, the Democrats have ousted Republican incumbents in several state and federal elections. Democrats have flipped 39 state legislature seats as well as a US Senate seat in ruby-red Alabama last December. They had not, however, flipped a seat in the US House of Representatives during Trump’s Presidency until Tuesday, March 13.

Approximately one month ago, the constituents of Pennsylvania’s 18th Congressional District (PA-18) went to the polls in a special election to replace Republican Representative Tim Murphy. This Congressional-seat vacancy followed the resignation of Mr. Murphy–a pro-life, anti-abortion conservative–who became embroiled in scandal after reportedly encouraging a woman he was romantically involved with to terminate her pregnancy. Following Mr. Murphy’s departure, the election for PA-18 pit two drastically different politicians–and ideologies–against one another in a race that was tightly contested from start to finish. Shortly after midnight in what was a tumultuous time for both candidates, Mr. Conor Lamb–a moderate liberal–declared a narrow victory over Mr. Rick Saccone–a Trump-aspiring conservative. While the district itself will be nullified by Congressional redistricting after 2018, the election results illustrated a significant development in American politics today: President Trump and his fellow Republicans are in dire trouble.

Since Mr. Trump’s Election in November 2016, overall voter sentiment and ideology have monumentally shifted to reflect a break from the President. While Mr. Trump won PA-18 by nearly 20 points over Secretary Clinton in November 2016, Mr. Lamb bested Mr. Saccone by a fraction of a percentage to claim victory. These results represent a near-20-point, electoral swing in less than two years. While at least some of this Democratic edge was due to a particularly weak candidate in Mr. Saccone, such a remarkable and brief electoral swing is without modern precedent. Furthermore, despite its unprecedented nature, PA-18 was not merely a localized occurrence: in the average federal special election this cycle, Democrats have outperformed their baseline by some 16 percentage points. Similarly significant, Five-Thirty-Eight claims that special elections have a statistically-significant correlation in determining the outcome of subsequent midterm and general elections. Since 2016, Republicans have held a 23-seat advantage in the United States House of Representatives. As such, Democrats need just 24 Congressional seats to flip in the 2018 midterm election to reclaim the House Majority–a feat that has eluded them since 2010. If PA-18 is any indication of the midterm election this Fall, Democrats will have ample opportunity to shift Congressional tides.

More recently, on April 6, The Cook Political Report (CPR), a leading independent political handicapping site, moved 13 races in Democrats’ favor. Indeed, this implicates that some 50 Republican-held seats are now considered ‘competitive’ compared to just five Democrat-held seats that are rated same way. The CPR also found that when considering the 21 Republican-held seats rated as ‘toss-up’ or the eight ‘leaning Democrat or likely Democratic seats’, the Democrats already have six more seats than necessary to retake a majority in the House. Indeed, barring the unforeseen, Democrats should retake the House in November 2018.

The implications of a Democratic-Congressional takeover will spell doom for an already imperiled Trump Administration. Should the Democrats regain control of either Chamber, Congressional Committee Chairs–including the Judiciary, Intelligence, and Oversight Committees–would turn over to Democratic leaders. This would effectively empower Democrats to investigate and pursue the litany of allegations against and controversies before the Trump Administration that Republican leadership has been all too keen to neglect. Issues including Russian election meddling, allegations of collusion, (un)Presidential obstruction of justice, and bureaucratic perjury would likely take center-stage.

Unfortunately, these investigations are likely to cause an even greater degree of American political polarization and would most certainly be decried by the President himself. Pending the findings of these investigations, Democrats would have the opportunity to draft Articles of Impeachment for any elected-official or civil-officer who was found to have committed wrong-doing. Needless to say, President Trump could very well follow in the footsteps of Presidents Andrew Johnson and Bill Clinton to become the third President of the United States to have Articles of Impeachment drafted against him. However, barring irrefutable and compelling evidence against the President, Republican lawmakers in the Senate will most certainly refuse to vote in favor of such impeachment confirmation.

Aside from the implications of Democrats re-establishing a House Majority come November, the outcome in PA-18 poses an invaluable question: how could a self-proclaimed ‘Trump-before-Trump’ lose a reliably conservative district? In the days following election night, the matter was framed in two distinct narratives along party lines. While liberal political analysts insisted that PA-18 was solely a referendum on President Trump, conservative political analysts insisted that PA-18 was a referendum on a weak candidate in Saccone who was only competitive due to Mr. Trump’s political endorsement. This fascinating dichotomy was indeed the product of competing political savvy and ideological bias. Analysis in hindsight, however, exposes a phenomenon that couples both narratives to depict a more-complete picture.

In retrospect, it is clear that many constituents in Pennsylvania’s 18th District–some of whom once voted for the President–cast their votes to issue a stern rebuke of the Trump Administration to date; the closure of 2016’s near-20-point electoral gap confirms as much. And yet, nearly fifty percent of voters in PA-18 still cast their vote for an admittedly weak candidate in apparent support of both the Republican Party and its leader–President Trump. Mr. Saccone’s ability to tighten the race following the arrival of the President and company confirm as much. Indeed, both these narratives hold water, and when taken into joint consideration, they reveal that although the President still garners support from a strangely unwavering voting constituency, this voting constituency will not be sufficient in re-electing the President–or his fellow conservatives–as it stands today.

Ultimately, the Special Election in PA-18 and the implications thereof illustrate a bleak narrative with which President Trump and company must now contend. The failure of conservative leadership to produce substantive governance is infuriating voters just as it further renders American institutions laughably obsolete and unresponsive (consider the back-to-back government shutdowns). Further, the populist-inspired, ‘Trumpist’ ideology that was responsible for the mobilization of some fifty-million Americans in voting for Mr. Trump nearly two years ago no longer resonates with many of those same Americans. With the President’s average approval rating holding steady at about forty percent today, a majority of Americans are feeling increasingly disenfranchised by government in Trump’s America. Although a lot can change between now and the first Tuesday in November, President Trump and the Republican Party are facing a mass exodus of political support. And no matter how they choose to frame it, this will be a tough pill to swallow.