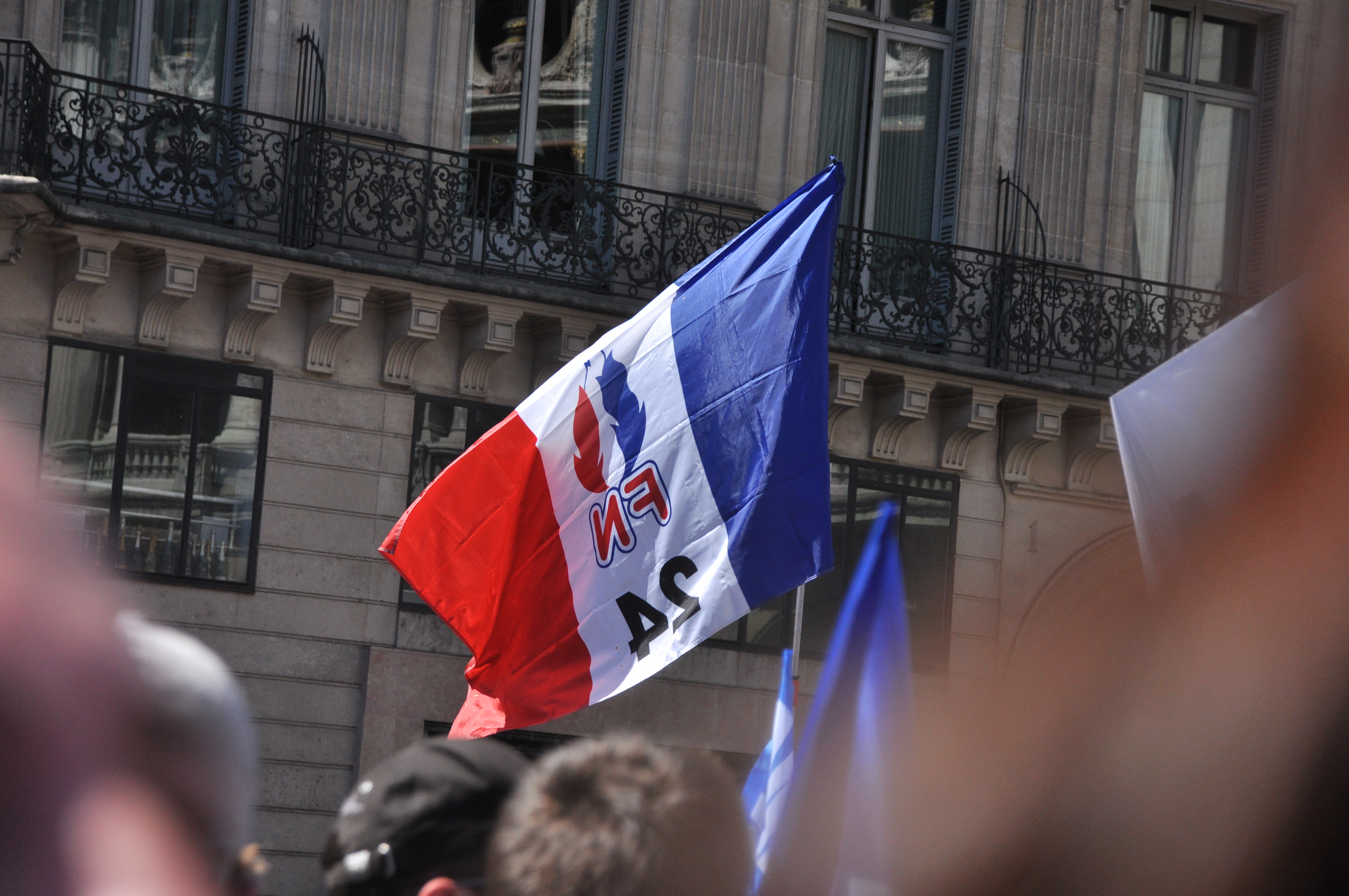 Illiberalism is contagious: symptoms have been showing for long, but Fillon's win in the centre-right primaries is a wake-up call. https://flic.kr/p/ciN8uu
Share

Paris was well worth a mass in 1593. Is the Elysée palace worth the diffusion of illiberal discourses and a return to social conservatism in 2017? And what are the consequences of this normalization of far-right ideas? As François Fillon, presidential candidate of center-right party Les Républicains (LR) in the bid to the Elysée in 2017, staunchly takes on a socially conservative position, the ideas and discourses of far-right party Le Front National (FN) enter the mainstream of French politics. Not only is this trivialization of illiberalism unsettling, it also entails alarming consequences. Marine Le Pen will fight back, and she is likely to do so on the one ground that remains a point of divergence between herself and Mr. Fillon – economic policy.  Her class conflict rhetoric threatens to further polarize the French electorate, ultimately pitting the ‘people’ against the ‘elite.’ Needless to say, additional strain on class divides will only prove destructive in light of the current fractious state of France.

The Diffusion of the Far-Right’s Illiberalism

François Fillon is a man of paradoxes. Socially conservative, yet economically liberal. A reserved “Mr. Nobody,” Sarkozy’s former underling flashed a 67% victory in the bid to the nomination for the LR presidential candidacy, 15 percentage points above his opponent, Alain Juppé. Mr. Fillon has been branded by many as the candidate of the traditional Catholic provincial French right, yet his speeches recurrently promise to “change the system,” sparking disbelief and mockery among his opponents. The irony is indeed palpable, as his denunciation of the system is at odds with his political career making him a pure product of said-system:  over the course of 35 years, he has occupied strategic roles from Education minister to Prime Minister under Nicolas Sarkozy.

“France is more rightwing than it has ever been,” and Fillon has shown he is more than eager to surf on this wave of increasingly darker hues – Marine blue hues. Fillon’s victory in the LR primaries reveals the rise of new reactionaries on the right, voters who, beneath a “veneer of respectability,” favour “French values” over humanism, and a “nationalist creed” over a European one. The new reactionary is eager to “welcome Christian migrants, not Muslim ones” – and yes, you certainly realize there is one such individual in your family.

New reactionary ideas significantly overlap with the FN platform, as reflected in the LR nominee’s use of Le Pen’s vocabulary: the “sovereignty” and “the people” of France are a recurring motif of the campaign, as is identity. Fillon has tapped into nativist sentiments, as illustrated in his campaign meetings where he declares that “our country is not a sum of communities, it is an identity!” He has also paralleled the infamously negationist declarations of the FN when he reduced colonialism to a mere form of cultural exchange last August, and vowed to transform the history programme in primary schools into a “national narrative” so as to “relieve instructors from teaching children that the past is a source of interrogations.”

In line with the new reactionary emphasis on “family values,” Fillon’s personal views against abortion and LGBTQ+ rights, his declarations on the family being “[no] place for dangerous social experimentation” (by which he refers to adoption rights for same-sex couples), his abstention in the parliamentary vote on the 2014-873 Law for Real Equality between Men and Women, as well as his support of the controversial burkini ban last summer (which has been overturned since) further make him the ideal candidate of white Christian anger. To top it all, his strict rejection of the notion of a “multicultural” society hardly dissimulates his bandwagon to the ambient anti-Muslim sentiment which capitalizes on fears of the ‘Islamization’ of France and connects to deeply entrenched right wing Catholic networks. Fillon has in fact declared he believed “there is a problem with Islam” in France, rather than a problem with religion at large.

In his recent political essay “Conquering Islamic Totalitarianism,” Fillon highlighted the failure of Hollande’s government, which has seen more than 230 people killed in terrorist attacks spanning a period of 18 months, and leaned towards language that could be easily attributed to Huntington’s “Clash of Civilizations,” as he warned against the “bloody invasion of Islamism into our daily life” and a potential “third world war.” Largely unnoticed by the French public, his interchangeable use of the terms ‘Islamic’ and ‘Islamist’ to designate religious fundamentalism has been questioned by philosopher Abdennour Bidar, who concludes that this confusion ultimately contributes to the ambient Islamaphobia that views French Muslims as second-class citizens.

All in all, and as expressed by socialist Jean-Christophe Cambadélis, Fillon “ticks all the boxes” of the ultra-right by being “the ultra candidate: ultra-conservative, ultra-liberal, ultra-anti-gay marriage, ultra-antisocial,” and as such the candidate bridges the narrowing gap between LR and the FN.This narrowing of the LR-FN gap is also due in part to Marine Le Pen’s softening of the party’s hard edges: ousting her father from the FN leadership has encouraged the mainstreaming of her ideological discourse, making her increasingly ‘presidential’.

As alarming as it is, the contagion of illiberal discourse is not a new phenomenon, nor is it limited to France. In fact, the centre of political gravity is unquestionably shifting to the right in democratic regimes. Mainstream centre-right parties avoid confrontation with traditionalists and new reactionaries for fear of losing their vote, and as such adopt far-right discursive elements. Historian Grégoire Kauffmann is one of the many who have reminded the public of contagious illiberalism’s precedents: as soon as 1900, Charles Maurras estimated that the diffusion of his ideas would require the “ideological contamination of right-wing government.” The 2017 French presidential race is thus yet another crying illustration of Gramsci’s theorization of politics as a fight for cultural hegemony.

Furthermore, Bruno Cautrès’s analysis of Sarkozy’s 2012 campaign for the Centre for Political Research at Sciences Po has shed light on the continued use of FN discourse, themes, and terms by the centre-right, mostly in its focus on national identity, security, and immigration. The legacy of ‘Sarkozysm’ is indisputable, as it has further fuelled an over-heated debate on the nature of French identity. Whether he likes it or not, Fillon plays within the bounds of this legacy.

The Consequences of Contagious Illiberalism: Further Polarization Ahead

The normalization of far-right ideas is worrisome enough. Yet, the dangers of contagious illiberalism do not end here. In the LR primaries, Fillon captured 77% of the vote on the Côte d’Azur, a region that has become the electoral stronghold of the FN over the last decades, and which is also home to the constituency of Marine Le Pen’s niece, Ms. Marion Maréchal-Le Pen’s. While Marine Le Pen prides herself on the fact that the centre-right is now “dancing to her tune,” she will nevertheless seek to reverse Fillon’s electoral gains in her camp. Marine Le Pen will fight back, and she is likely to do so on the one ground that remains a point of divergence between herself and Mr. Fillon: domestic economic policy.  Indeed, Marine Le Pen and François Fillon, despite distressingly similar discourses on French identity, social conservatism, and the necessity of a rapprochement with Russia, diverge significantly as it regards the future of domestic economic policy.

For the LR candidate, a “radical shock” heavily inspired by Thatcher’s Britain is required. His neoliberal economic platform focuses on the liberalization of labour laws and the restoration of budget balance, through measures such as the 39-hour week for the public sector, slashing 500,000 public sector jobs, 65-year-old retirement, cuts in unemployment benefits, a two percentage-points increase of the Value-Added Tax, cuts in direct taxes, and cuts in government spending worth €100 billion to stabilize the debt-to-GDP ratio.

In contrast, Marine Le Pen’s economic platform is essentially left wing, advocating protectionism with an anti-globalization twist. Measures put forward include maintaining the retirement age at 60, reinforcing labour laws, raising minimum wage, and breaking international trade deals. As she is confronted with the strategy problem caused by Fillon’s appropriation of her discourse, Le Pen has in fact turned to the throes of the “forgotten French underclass” threatened by globalization. This is likely to frame the presidential bid as a conflict between the ‘people’ and the ‘élite’ – as a matter of fact, the FN has already started demeaning Mr. Fillon as “a snobbish political has-been” who is “amputating the Republic” at the service of the rich and globalized élite. Le Pen’s campaign response to Fillon will therefore focus geographically on the declining industrial rust belt areas of northern and eastern France, and thematically on the threat that his neoliberal reforms represent for the French welfare system. Focusing on protectionism and class conflict  is the best way to gain the support of the working-class, and Marine’s discourse has quickly adapted to woo these voters.

A final question to consider is whether Fillon’s increasingly conservative discourse will alienate the left-wing electorate, a dangerous prospect considering the likelihood of a presidential run-off pitting him against Le Pen. With the FN’s essentially leftist economic platform, one must acknowledge her potential to attract not only the lower classes hit by globalization, but the left-wing electorate at large who deeply dislike Fillon’s economic and social stance. Libération has set the tone by blending Thatcher and Fillon’s faces on the front page of its November 22 issue.

Dominique Moïsi, a political analyst at the Institut Montaigne, has echoed the concerns of many by saying that voters’ primary consideration should be to strategically choose a candidate capable of defeating Le Pen in May 2017. Primaries for both LR and the Socialist Party were precisely legitimated by this need to focus resources and the electorate on candidates with sufficient popular appeal to take on Le Pen.

However, while a “bleu Marine” presidency should be indeed avoided at all costs, it is our duty to examine precisely what these costs entail, and what should be done to offset them in the long-run. These costs include the impacts of far-right populism as much as those of ultra-conservative, white Christian anger, and must be better examined by the public.

The divide between the ‘people’ and the ‘élite’ is one that has been recurrently mobilized in French politics. However, never before had the term “divorce” been used to describe the depth of class antagonism, and it successfully conveys the dangerous process of fractionalization observed in France. Further class conflict and polarization in a fractious France will only reinforce illiberal contagion and its effects. Awareness of these dynamics and their consequences is a crucial first step in the short-term. Cross-partisan, cross-faith inclusive politics connecting European liberal democrats beyond national borders could offer solutions for the long-term. For now, a lot remains to be done to contain the rising tide of dark blue illiberalism.