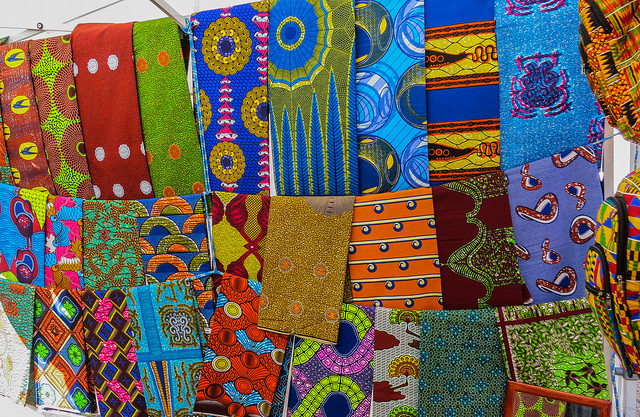 On October 12th the New York Times brought the discussion of second hand clothing in East Africa to the mainstream. Unbeknownst to most in North America, the United States trades millions of dollars worth of used clothing to East African countries essentially tax free. African countries export products, sometimes with reduced or no taxes to the United States in return.

The bilateral trade agreement that makes this transaction possible, the African Growth Opportunity Act (AGOA), is the center of a controversy roiling African-US trade relations. Six East African countries (EACs) created a pact in Spring of 2017 that would increase tariffs on imported used clothing from the US with the eventual goal of an outright ban by 2019. By June, a US lobby, the Secondary Materials and Recycled Textiles Association (SMART), filed a petition with the United States government against limiting clothing imports. The grounds for this petition were that a ban on used clothing would induce disastrous economic effects for tens of thousands of American jobs as well as potentially violate the terms of the AGOA. The United States Trade Representative initiated an “out-of-cycle” review of three out of six countries – Rwanda, Tanzania, and Uganda – to assess the allegations made by SMART on June 20th.

Rwandan President Paul Kagame and Finance Minister Claver Gatete fiercely defend the used clothing ban despite threats of sanctions from the United States. The goal, according to the finance minister, is to increase local production and “minimize the health risks that come with the used product”. Kagame also doubled down on the ban, claiming that tariff increases will eventually lead to a “de facto ban on second-hand clothes”. However, stakeholder opinions are mixed. In an interview, used clothing vendors in Rwanda’s capital Kigali note that possible bans or even tariffs increases pose a significant risk to their job security. Rwandan citizens also noted the drastic cost difference between locally made clothing compared to second-hand clothing. On the other hand, those in the textile industry considered the used clothing ban positively for businesses because it allows Rwandans to invest in “authentically African clothes”.

Unlike Rwanda, Kenya quickly reversed course, reducing tariffs to their original levels following threats of sanctions from the United States. Despite the Principal Secretary of the Ministry of Labor and EAC affairs declaring that the ban would be beneficial for the domestic textile industry in May, the government later shifted positions and claimed that the SMART petition was legitimate. Thus, the Kenyan Trade and Industrialization Principal Secretary Chris Kiptoo rebranded the country’s economic strategy as promoting the local textile industry while remaining within the bounds of the AGOA agreement rather than focusing on an outright ban on imports.

Unearthing the Significance of AGOA

AGOA was originally enacted in 2000 by President Clinton, then renewed in 2015 by President Obama. The treaty expands on the United States’ duty-free provisions to “lesser developed” countries in order to diversify fledgling African economies, capitalize on competitive markets, and support “hundreds of thousands of jobs across the continent”. There are stringent eligibility requirements such as any participating nation “working to improve its rule of law, human rights, and respect for core labor standards”.

United States total trade with African nations was valued $33.7USD billion in 2016, which accounts for less than one percent of American world trade. Less than half of US imports, $9.3USD billion out of $20.1USD billion, accounted for AGOA eligible products. In fact, trade under AGOA decreased by 35% between 2015 and 2016. This drop was driven by a disproportionately large decrease in petroleum products imports. That being said, exclusion of fuel products dwindled AGOA eligible trade to a mere $4.1USD billion. This reveals that a significant driving force of United States-African trade is dependent upon fuel products.

Researchers at the Brookings Institute, Robert Chutha and Mwangi S. Kimenyi, analyzed different perspectives, according to the United States and Sub-Saharan Africa (SSA), regarding the AGOA treaty. Most AGOA beneficiaries regard the treaty positively, but claim that it fell short of expectations such as ushering in sustained economic growth, independence, and an equal trade partnership. Foreign direct investment (FDI), which would catalyze domestic entrepreneurship, is important to beneficiary countries seeking economic independence, but is not adequately emphasized under AGOA. Further, SSAs cited “supply-side constraints” preventing expedited economic growth. This simply means that there are not enough resources within African countries, whether that be adequate education, stable employment, security, or physical capital, to facilitate economic competitiveness.

Another complaint revolved around the perception of an unequal economic playing field. The top five beneficiaries of the treaty, South Africa, Angola, Chad, Nigeria, and Kenya, export goods such as steel, diamonds, and oil to the United States in return for processed goods like machinery, medical instruments, vehicles, and aircraft parts. Extraction of natural resources requires little investment in education or human capital. Therefore, the economy remains undiversified in the present and insecure in the future, combined with the exhaustion of resources. While this trade may be lucrative, social scientists identify a theory called the “resource curse” which often impacts emerging economies. There is empirical evidence that countries richly endowed with natural resources also measure poorly for poverty, inequality, and overall deprivation. There are many possible explanations for this. A common trend is the enormous up-front investments required to enter the resource extraction market, making it exclusively available to the government and the wealthy. Natural resources are often taxed differently, or in the AGOA countries, sparsely taxed, leaving a high-profit margin for those within the industry, but without much accompanying public benefit or investment. Third, the industry’s exclusivity combined with tremendous profit potential fuels corruption throughout the government.

The United States government has starkly different views on the success and utility of AGOA. Members of government consistently argue that AGOA measurably improved both the levels of diversification and competitiveness in SSA economies. It is also important that emerging economies introduce and act in accordance with ethical labor standards required by the treaty. African interests are taken into account as well, which is reflected in widespread private and civil society support. Both US and African trade representatives agreed, however, that there is not enough focus on infrastructural development and investment in human capital.

Given the fact that trade with SSAs accounts for less than one percent of US world trade, but almost ten percent of trade on the African continent, the impact of AGOA differs between the two trade partners. Thus, assuming African countries are affected by AGOA in a disproportionately higher capacity than their US counterparts, their arguments may be more salient in the economic arena.

The question remains as to why apparel is the center of controversy when it accounts for such a minute portion of AGOA trade. How much would the United States truly “suffer” from losing used-clothes trading partners? South Africa, for example, is one of the top five beneficiaries of AGOA, but their clothing industry is already closed to international trade.

One argument may be that second-hand clothing is simply a proxy for a larger issue of economic dominance and influence. Could insulating the apparel industry simply be a meek first attempt by African countries to escape United States economic dominance or possibly serve as a test of United States treaty enforcement mechanisms? This theory could explain why governments targeted clothing, a relatively small industry, rather than natural resources. The strong and immediate response from the United States Trade Representative could also be seen as justifiable given this theory. The US’ top trade authority demonstrated that AGOA is taken seriously, regardless of the size or importance of the affected market.

Regardless of possible underlying economic intentions, the five remaining involved African countries taking a stand against AGOA and standing for domestic production challenge political and economic relational dynamics with the United States.

Update Nov. 9, 2017: The AGOA trade agreement involves duty-free US exports to African countries, but only some, not all US imports from AGOA eligible countries have reduced or no taxes.