COP 21: A Triumph of French Diplomacy 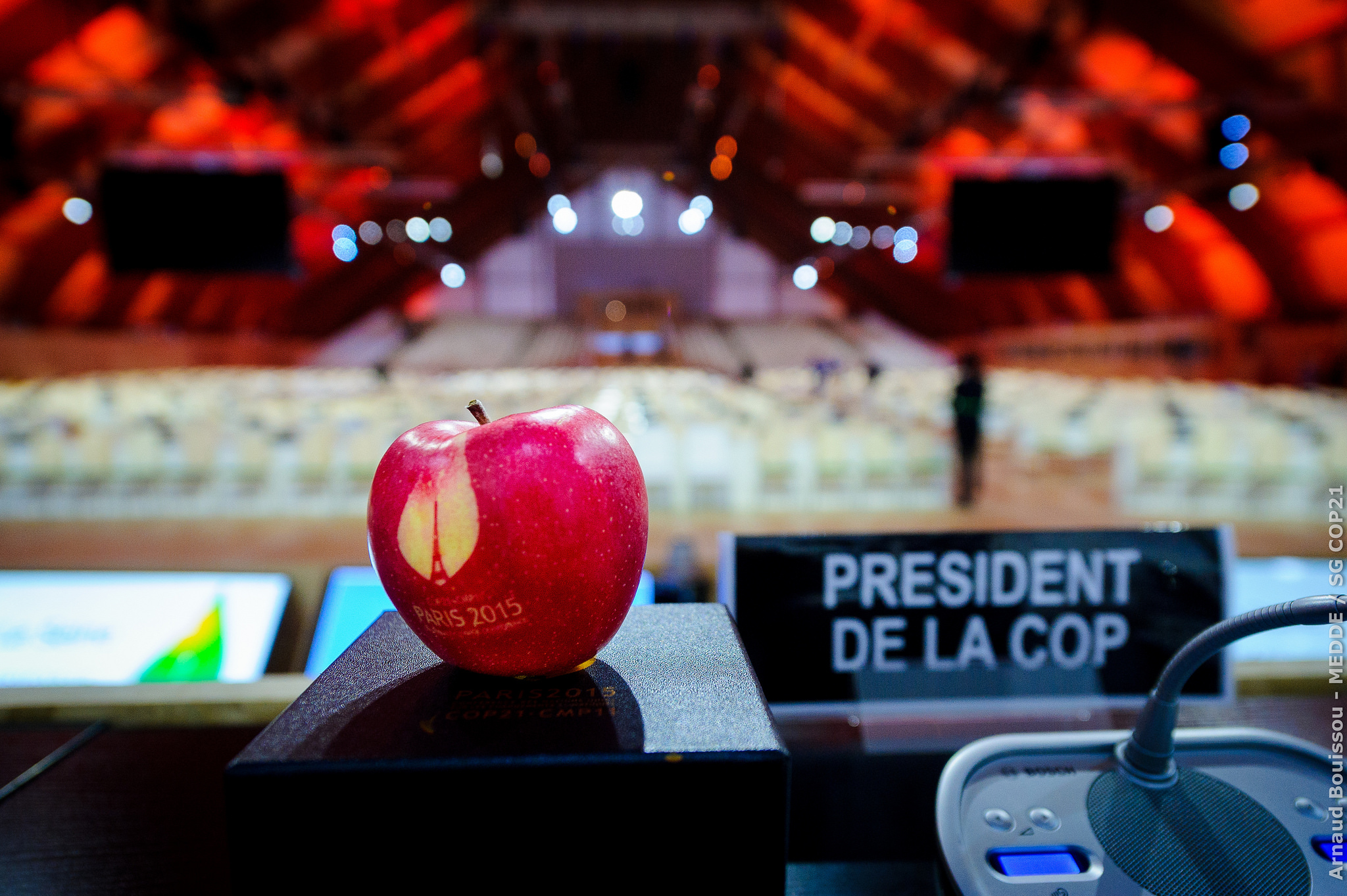 The 21st Conference of Parties (COP) summit held in December was, by most measures, a landmark success in climate policy – or as French President Hollande put it more grandly: “History is Here”.[i] There have been a number of explanations proposed as to why a conference that seemed to share many of the same inherent flaws as 2009’s Copenhagen summit succeeded in securing a legally binding* agreement. A growing impetus in the scientific community, public pressure, changing conceptions of national security, and new power relations have all contributed towards the end result, but oftentimes the actual preparatory groundwork, hosting, and chairing of negotiations by the French government is overlooked.

The key number coming out of the agreement was a commitment to limit the effect of global warming to 1.5 Celsius.[ii] While the individual country pledges to reduce greenhouse gas, made before and during the summit, limit emissions to something closer to 2.7 degrees[iii] (according to most estimates), their goal was set and a structure was created for a quinquennial reassessment that would ratchet up the speed of emissions reductions. While smaller countries – in particular, island nations – were some of the strongest proponents for ambitious targets and policies to combat the effects of climate change, there were significant shifts among the larger emitters. Activism from environmental campaigners partly contributed towards the scrapping of the massive Keystone XL pipeline even as the American energy sector had already undergone significant change – there are now twice as many solar power workers as there are coal workers.[iv] While no-one is sure what China’s emissions are, it is likely the world’s largest emitter. It’s own stance on climate change has shifted as public pressure over air quality built up; it already produces the vast majority of solar panels and is almost fully responsible for lowering the cost of solar panels by 80% since 2008.[v]

In the run up to COP 21, countries were asked to provide “intended Nationally determined Contributions”[vi] – commitments on greenhouse gas emission limits and reductions. This stood in contrast to the process in Copenhagen where the Danish hosts relied on multi-lateral agreements made at the conference with leaders only shepherded in at the end to sign it. The Copenhagen summit, despite progress on deforestation, is largely viewed as a failure in terms of its lack of commitments and legally binding text.[vii] The self-determined commitments for COP 21 came from 150 countries and represent 90% of global emissions.[viii] France’s preparation, as rotating president of the Conference of Parties, was accompanied by a flurry of diplomatic activity that saw every single French Ambassador educated on climate policy and lobbying governments in favour of the conference and emission targets. France’s 14,000 foreign service officers were reinforced by some 90,000 European diplomats from 3,000 missions after the EU endorsed a bold approach.[ix] While the legwork was done by thousands in France’s well-regarded foreign service, French President Hollande also contributed by going on a year-long campaign around the world’s capitals to drum up support for the process.

The conference’s success was threatened not only by the divisive nature of some of the disagreements, but also by the  sheer number of actors involved. While getting consensus from 197 countries is daunting in itself, there were also some 3,000 reporters and a myriad of congressional delegations, lobbyists, pressure groups, and NGOs who brought the total number of attendees to over 50,000.[x] Amongst all of these participants, France strove to create an environment where “everyone is talking to everyone,”[xi] as France’s top climate diplomat Laurence Tubiana put it. Even with a staff of 60 officials and 20 beds to buffer drawn-out negotiations,[xii] the French managed to avoid taking an overly centralised role. They made use of ‘informal informals’[xiii] – small groups of countries that would focus on particular sections of the draft agreement outside of formal discussions to solidify and get consensus. This was linked to an approach described by a US negotiator “They have taken great care to make everyone listened to, that they were consulted. There was a great sense of openness, of professional diplomacy, and skill.”[xiv] This was in contrast to the Copenhagen conference, where Denmark had managed to alienate a number of small countries by selecting “important countries” to take the lead in negotiations.[xv] Modern conference strategies were applied through the use of a high-tech control room to monitor negotiations in addition to less subtle strategies – such as situating the French offices right next to those of the lead UN negotiation team. Perhaps the most unconventional strategy applied was the use of ‘Confessionals’ – similar to the Catholic Church’s confessionals – which were there for delegates to “speak from the heart”[xvi] to French officials in confidentiality. The conference was also noted for its increased attention to civil society both in the provision of IT resources in a civil society village, and unlike in Copenhagen they were included in the final decisive day of negotiations.

Yet despite all of these innovations, these conferences – like many Model United Nations conferences – can easily be derailed by hiccups in procedure. In Copenhagen, a Chinese delegate had protested in front of the whole conference that lapses in the rules of procedure could not be ignored, saying, “This is not about procedure. This is about content. We have stated that the results in Copenhagen must come in two texts. One cannot simply present a text pulled from the clouds.”[xvii] However, the most glaring example of the importance of detail in Paris was the 3 hour delay on what was the final version of the treaty over a ‘typo’ over the word ‘shall’ versus ‘should’.[xviii] This led to allegations of a covert US plot to weaken the legality of the agreement, as shown by comments from the envoy of the DR Congo’s scepticism saying, “frankly speaking, nobody’s buying that [it was an innocent typo].”[xix] Despite the inevitable flaws of compromise and fragility of negotiations, the world now has a legally binding* climate treaty that seemed unattainable just a few years ago – and we partly have French diplomatie to thank for it.