Cost of Normality: Mongolia’s Stranded Citizens Amid the Pandemic 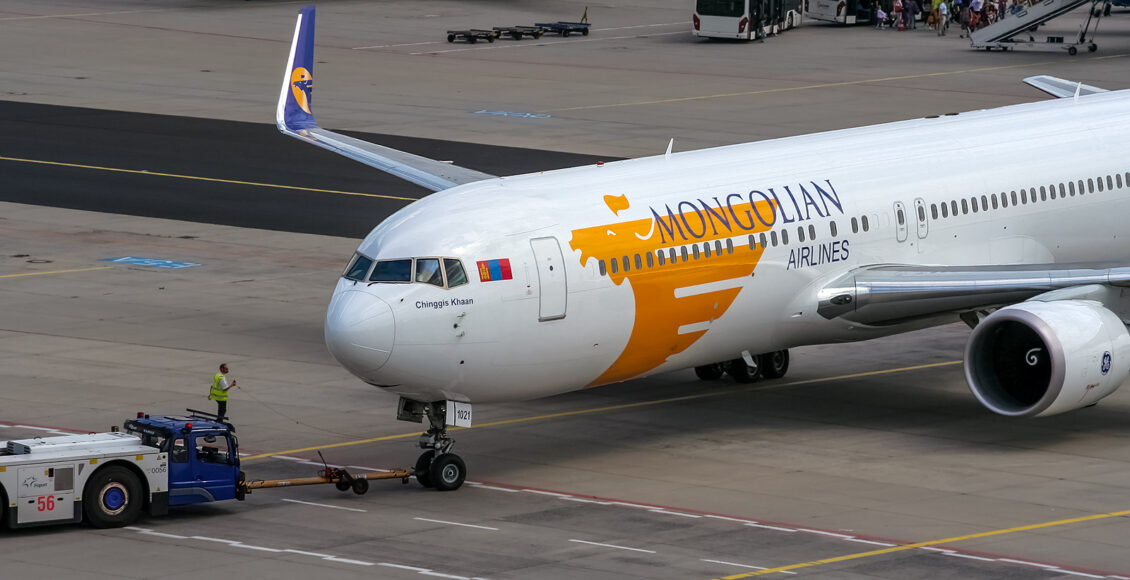 A plane full of masked faces held up paper signs reading “Open the borders,” “Let your citizens return,” and “We are not a virus.” The passengers are Mongolians who’ve been stranded abroad since the country shut its borders to all commercial travel with little notice in mid-March. They’re headed home on a government evacuation flight after five months, their only way back home.

Strict border control measures have been effective: Mongolia has zero deaths, and 374 cases as of November 9. The government has been repatriating citizens on evacuation or charter flights, trains, and buses since January. By the end of September, almost 23,000 Mongolian nationals had been brought home.

However, charter flights are few and far between and ticket prices are steep. With some 11,000 Mongolians spread over 55 countries still unable to return, the past nine months of evacuation efforts have revealed injustices within the repatriation system and exacerbated broader social inequalities.

The last repatriation flight in September from Seattle, USA made headlines in Mongolia for returning with 10 vacancies. Government officials pointed to the empty seats as evidence that they had done enough to bring people home. But for stranded citizens and their families, the reality is far different.

A significant barrier to boarding a charter flight is exorbitant ticket prices that are several times higher than pre-pandemic commercial rates. Aggravating out-of-pocket costs is the compulsory 21-day quarantine in a government-mandated facility. By one estimate, the tickets and quarantine arrangements together can cost 20 million tugriks (around 9300 CAD) for a family of four. The average monthly household income in Mongolia is only 1.4 million tugriks.

Quarantine facilities can be isolating and unventilated, presenting risks to the healths of the elderly, young, immunocompromised, and those with pre-existing conditions. The emotional toll of prolonged isolation is further devastating for people who have spent several months stuck in foreign countries.

Lack of information as a bottleneck

Compounding the issue of cost is the lack of timely information on evacuation flight dates, passenger lists, and quarantine arrangements. In a webinar held by Shape Mongolia, Suvd Bat-Erdene, an advocate for Mongolians stuck in the States, highlighted the inefficiencies and uncertainties inherent in the repatriation process. Beyond filing a request for a plane ticket, people have little agency over when and how they return home. The government body responsible for repatriation efforts, the State Emergency Commission (SEC), decides all flight and quarantine arrangements with the Ministry of Foreign Affairs.

Passenger lists are sometimes released only days before departure, and seating and quarantine facility assignments can break up families. These logistical issues make it difficult for people to leave.

Those who have had to rent or sublet living accommodations cannot back out of lease agreements on short notice. Others are unable to receive their rent deposits back. Meanwhile, student and migrant workers whose visas have expired during the border closure have had to wait for their visa extensions to be approved before leaving. Otherwise, they risk not being let back in. While Suvd says that the SEC has the capacity to plan out more organized and efficient systems, what’s missing is the empathy and political will needed to protect Mongolian citizens abroad.

Who gets to go home?

When repatriation efforts began, the SEC set five criteria for priority lists of people to be included on evacuation flights. These include people with serious illness, the elderly, pregnant women, people with disabilities, and young children. A sixth criterion was later created for those in difficult financial situations or with precarious legal status.

However, firsthand accounts report that people with government connections are offered seats faster and earlier. Meanwhile, even those who meet the five criteria are unable to secure a ticket home, shedding light on the lack of transparency at the decision-making level.

Things back home in Mongolia are strikingly normal. Schools, restaurants, and movie theatres are open, people gather to celebrate birthdays, and roads are as congested as ever. Some don’t want to compromise this normality by opening borders and risking a potential outbreak.

Normality comes at a cost though — one borne by Mongolians stranded abroad.

Many face homelessness, food insecurity, lack of access to healthcare, and depression. Repatriated citizens face further stigma at home. They’re accused of spreading the virus and faulted for wanting to return when they left of their own volition.  These accusations hide the fact that many of those stuck abroad are average Mongolians who have left for opportunities to support their families back home, to get a better education, or simply to travel temporarily.

The border closures have been repeatedly extended by the SEC. The latest extension lasts until December 31st. But a closed border and the current repatriation scheme is not sustainable, especially given how discriminatory and inefficient the current system is.

In the short term, the repatriation process needs to be more equitable and better implemented. This can be done by more carefully constructing passenger lists and releasing these in a timely manner. Beyond this, methods — such as reducing quarantine requirements to 14 days — to lessen the cost of tickets and quarantine facilities need to be put in place. Crucially, the Mongolian government needs to implement a concrete plan for opening its borders in the long term, something that they have failed to do so far.  Simply put, people have the right to go home. As of now, the Mongolian government has not done enough to ensure such a basic right for its citizens.

On November 11, Mongolia confirmed its first domestically transmitted case and has since imposed lockdown restrictions. Charter flights have stopped indefinitely. Borders remain closed, and it’s unclear how repatriation efforts will be affected in light of recent developments.