COVID-19: A Potential Catalyst for Universal Healthcare in America? 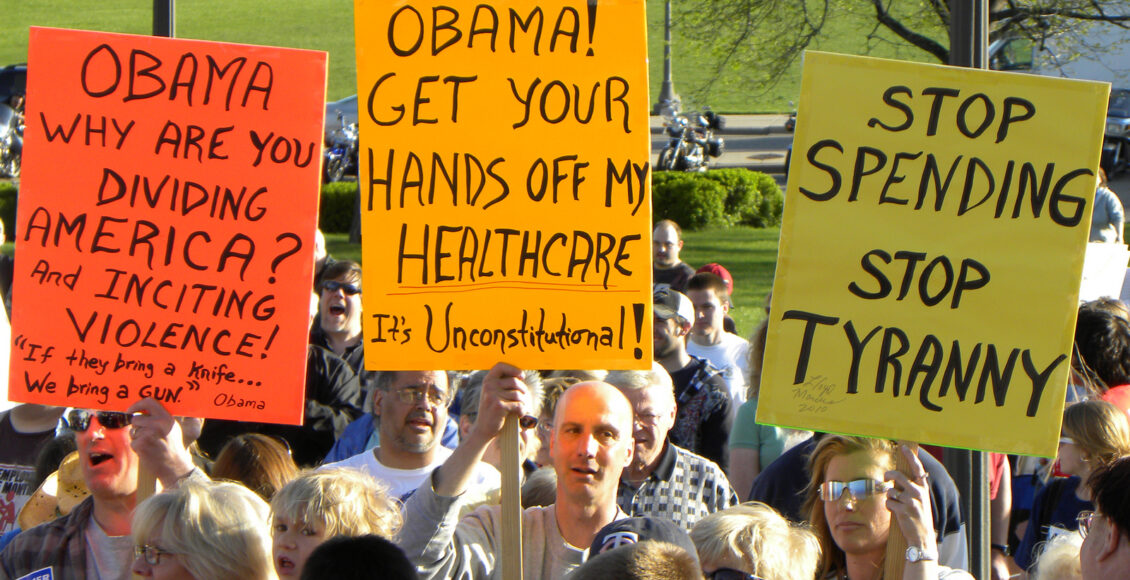 The United States remains a pariah as the only rich country to not provide its citizens with universal health care. From early 20th century propositions to Harry Truman’s Fair Deal, the prospect of implementing universal health care in the US is as old as the concept itself. In the early 1970s, several important attempts were made to implement such a system, most notably by Senator Ted Kennedy, who served as chairman of the Senate Health subcommittee. Kennedy’s Health Security Act, introduced in 1971, called for a single-payer plan financed through payroll taxes. Despite gaining considerable support from organized labour and senior citizens, without committee support, no plan was adopted — and so goes the story of universal health care in America.

This trend continued during the 2008 presidential election when then-Senator Barack Obama declared healthcare a “right for every American,” but subsequently failed to honour this statement during his presidency. Despite expanded coverage under the Affordable Care Act, the bill fell short of the World Health Organization’s definition of universal health care as affording all people “access to needed health services of sufficient quality.” With the official platform of the Democratic Party having listed socialized medicine as a top priority since 2016 — and with Republicans showing an aversion to such a priority under the Trump administration — it is clear that the GOP is currently the largest obstacle preventing the adoption of universal healthcare.

To understand why the Republican Party is hesitant to embrace universal healthcare, one must first understand the distinct nature of American conservatism. Unlike the Toryism of Great Britain and Canada, American conservatism reflects the foundational history of the United States. Its chief concern is government encroachment on the individual liberties enshrined in the Constitution. This conservative philosophy has been a driving force in American history, the effects of which have ranged from justifications for slavery to anti-Keynesian rhetoric during and after the Great Depression. Accordingly, this proclivity for small government leads most conservatives to oppose socialized medicine. In a 1961 recording, Ronald Reagan famously articulated this sentiment by denouncing universal health care as an “invasion by the state into the personal life of the individual.”

The reason for Republican opposition both then and now lies the party’s unwillingness to recognize health care as a right to be preserved by the government, reflecting the broader debate over negative and positive rights in American politics. Republicans are traditionally concerned with negative rights — that is, rights preserved through government inaction on issues such as the freedom to bear arms — and see positive rights, like healthcare, as a threat to the former. In a 2017 CNN debate against Bernie Sanders, Ted Cruz appealed to this logic, citing the Bill of Rights in his critique of socialized medicine. He argued that the right to health care should be clarified as the “right to keep your own doctor,” a potential issue that conservatives find with a single-payer system.

Debates over fiscal viability persist, and indeed Cruz brought up such concerns in the same debate. Nonetheless, it should be noted that health spending in the U.S. ranks the highest among OECD countries in terms of GDP percentage, revealing how this liberty-centric political philosophy has blocked socialized medicine. The high premium placed on small government is an enduring feature of the Republican Party and its various factions, and has so far precluded the adoption of universal healthcare.

However, in the context of COVID-19, Americans witnessed an unprecedented period of government restrictions, which hitherto only occupied the nightmares of Tea Partiers and the staunchest of libertarians. The vast majority of states imposed stay-at-home orders and the closure of nonessential businesses, some with penalties for violations. A recent pair of studies found that these measures helped prevent approximately 60 million infections in the US alone, with many states now backtracking on reopening as cases climb. These figures contradict the fundamentals of American conservatism. Lockdown measures illustrate the scope of government power in the United States — within Constitutional parameters — and how the use of this power benefited many Americans by minimizing the spread of COVID-19. The implications of this are twofold, and will be further bolstered by the anticipated second wave of the virus amid relaxed lockdown measures.

Firstly, lest the government descend into a state of tyranny following the current pandemic, lockdown measures could potentially undermine traditional hardline conservative talking points, as government authority in such a manner proved to be effective and only temporary. Even young, influential conservative pundits such as Ben Shapiro defended the lockdown measures against critics, despite having previously stated his fears of government tyranny rising in America during the twenty-first century. Secondly, government action in response to COVID-19 will provide substance for Democrats looking to buttress their arguments for socialized medicine in future congressional debates on the matter. The pandemic sheds light on the need for health care reforms that promote access to affordable care because it primarily affects “those already negatively impacted by marked health inequities and lacking access to quality and affordable health services under normal circumstances.”

The prospect of Republican support for universal healthcare is within the realm of possibility, as we have already seen it implemented, albeit minimally, at the state level under Republican governors. The most successful instance of this is in Massachusetts, where only 3 per cent of individuals remain uninsured following the institution of “Romneycare” during Mitt Romney’s gubernatorial tenure. This shift already seems to be taking place based on CNN’s finding that some traditional conservatives are increasingly receptive to the “growing American consensus that appreciates the need for national solidarity against COVID-19 and is frustrated by our broken politics.” Though some Republicans, both on the Hill and in the streets, called the lockdown measures “tyrannical,” a majority of Americans do not feel comfortable with their states reopening according to recent polling data.

Will the COVID-19 pandemic catalyze the implementation of universal healthcare in America? These considerations are undoubtedly promising for anyone seeking such an end in the face of current conservative opposition. Should this occur, it would also arguably bring the United States into the twenty-first century, paving the way for the future political debates which may come to define the century. Of course, socially conservative ideals would still lay at the forefront of discussions when it comes to issues like abortion coverage. However, questions over artificial intelligence in the workforce or universal basic income programs popularized by figures like Andrew Yang might become new focal points in the socialized medicine debate. As the pandemic continues to challenge our fundamental systems, is it possible the same will be true for American conservatism, thereby opening the sluice gates to serious cooperation on universal healthcare? Time alone will tell, but this is certainly a glimmer of hope in an otherwise dim situation.