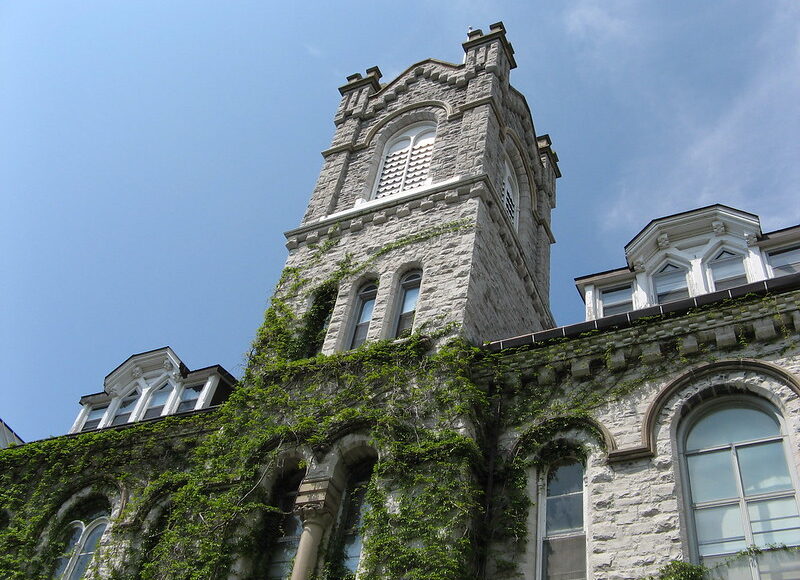 “Had I not been Black, there was a much higher chance I would’ve gotten better treatment,” said Matthew John Derrick-Huie after being denied treatment from five Ontario hospitals.  Derrick-Huie went to the doctor in 2017 for chest pain and shortness of breath and never expected to have to wait two years before a proper diagnosis.  Derrick-Huie was stereotyped and misdiagnosed numerous times by healthcare professionals. Unfortunately, his experience in Ontario hospitals echoes those of numerous Black and Indigenous People of Colour (BIPOC) across Canada.

The COVID-19 pandemic has underscored the existing power structures that leave BIPOC more susceptible to contracting the virus.  According to statistics collected from the City of Toronto, BIPOC make up 50 percent of Toronto’s population, yet represent 83 percent of total COVID-19 cases.  An estimated 39 percent to 78 percent of Indigenous Canadians have encountered racism in the Canadian healthcare system, depending on the different geographic settings.  These statistics represent racial capitalism, a process by which the state derives social and economic value from racialized groups.  Medical racism in Ontario’s healthcare system has been exacerbated by the COVID-19 pandemic and reflects the history of institutional racism in Canada.

Bias and racism in Canadian healthcare is a primary barrier to care for BIPOC and has been exacerbated by the COVID-19 pandemic.  While bias and racism towards BIPOC are not limited to Ontario, it has been especially visible since it is an epicentre of COVID-19 outbreaks.  BIPOC make up the highest number of cases of COVID-19 in Ontario, yet also face the strongest barriers to care.  Barriers to care, such as longer wait times, racial bias, and misdiagnosis, can lead to greater risks and health burdens.

One significant factor for the higher COVID-19 contraction rates amongst BIPOC is the high rate of comorbidities.  Co-occurring conditions or illnesses — such as stress, racial bias, or high-density living conditions — can increase severe symptoms and mortality from COVID-19.   Comorbidities in BIPOC communities have been created and exacerbated by historical and environmental racism and unequal access to healthcare.  Even when comparing the comorbidities of BIPOC and White people, BIPOC have an 18 percent higher chance of fatality due to COVID-19.  Indigenous peoples experience higher rates of hypertension, heart disease, diabetes, and cancer — conditions that heighten the risk of COVID-19.

Lastly, BIPOC are overrepresented in front-line work, placing them at an increased risk of contracting the virus.  Front-line work is often underpaid and undervalued work and made up of mostly women and racialized groups.  In a survey conducted by Onye Nnorom, the President of the Black Physicians’ Association of Ontario in Toronto, 72 percent of respondents stated that they had experienced racism from peers, patients, or supervisors.  The racialized labour system demonstrates how racial capitalism is a necessary condition for the perpetuation of capitalist expansion and profitability.

Othering and discrimination from medical schools have contributed to the barriers to care for BIPOC in Ontario. For example, from 1937 to 2018, Queen’s University placed an attendance ban on Black medical students. While the ban has not been enforced since 1965, its existence was emblematic of the complicity of institutional racism in medical systems in Ontario.  Additionally, in the Class of 2020 MD program at Queen’s University, out of 415 students, only 4 students identified as Black, and 10 as Indigenous.

On July 1st, 2020, the Queen’s Aesculapian Society (AS) submitted a report and Calls to Action to the Queen’s University School of Medicine Admission Committee.  As of March 2021, Queen’s University’s School of Medicine has not acknowledged the Calls to Action demanding diversity and inclusion in medical school admissions.  Based on these reports, it becomes clear that Canada’s healthcare system is plagued by racism and bias in all facets.

Meaningful reconciliation for past and present atrocities must consist of education and knowledge building.  The Truth and Reconciliation Commissions Calls to Action 23 and 24 are to increase the number of Indigenous medical professionals across Canada.  Through numerous examples, it is evident that the Calls to Action have not been met with serious changes.

Moreover, the epistemic racism in Canadian healthcare disregards Indigenous knowledge and medicine.  Epistemic racism in the context of Canada’s healthcare system is defined as “the imposition of Western knowledge systems and particularly the use of [eugenics] to demonstrate the supposed inferiority of Indigenous peoples and Indigenous ways of knowing.”  According to the United Nations, Indigenous peoples should be able to determine the good of their own communities by virtue that they have the right to freely pursue their economic, social and cultural development.  Secondly, the Government of Canada states that “Indigenous peoples have the right to be actively involved in developing and determining health, housing, and other economic and social programmes affecting them.”  Despite claims of reconciliation and transformative change, Western and Eurocentric frameworks continue to dominate North American healthcare, invalidating Indigenous practices and knowledge systems.

Thirdly, Naomi Klein argues that during times of crisis, powerful leaders slip neoliberal free-market policies through the cracks.  Klein continues that citizens must learn to recognize these tendencies and counteract them with equitable and progressive policy changes. Additionally, it is important to remember that neoliberalism is bound to racial capitalism’s ideological dominance.  COVID-19 serves as a reminder that Canada needs to redistribute resources to racialized groups.

Medical racism and other forms of racial capitalism are a long-standing issue across Canada.  Derrick-Huie’s experience echoes that of other BIPOC across Ontario.  Not only do the experiences of BIPOC during the COVID-19 pandemic demonstrate the racist actions of healthcare professionals, they also represent a history of institutional inequality.  Canada’s medical system has historically been used as a tool of oppression.  Hospitals were originally created as White settler spaces and still have remnants of their original intentions.  Canadians tacitly accept the disparities between White and BIPOC in Canada.  Canadians must cease passive acceptance of a racialized medical system and must work towards meaningful reconciliation.

The featured image, “Kingston – Queen’s University” by Shane Zurbrigg is licensed for use under CC BY-NC-ND 2.0. No changes were made.