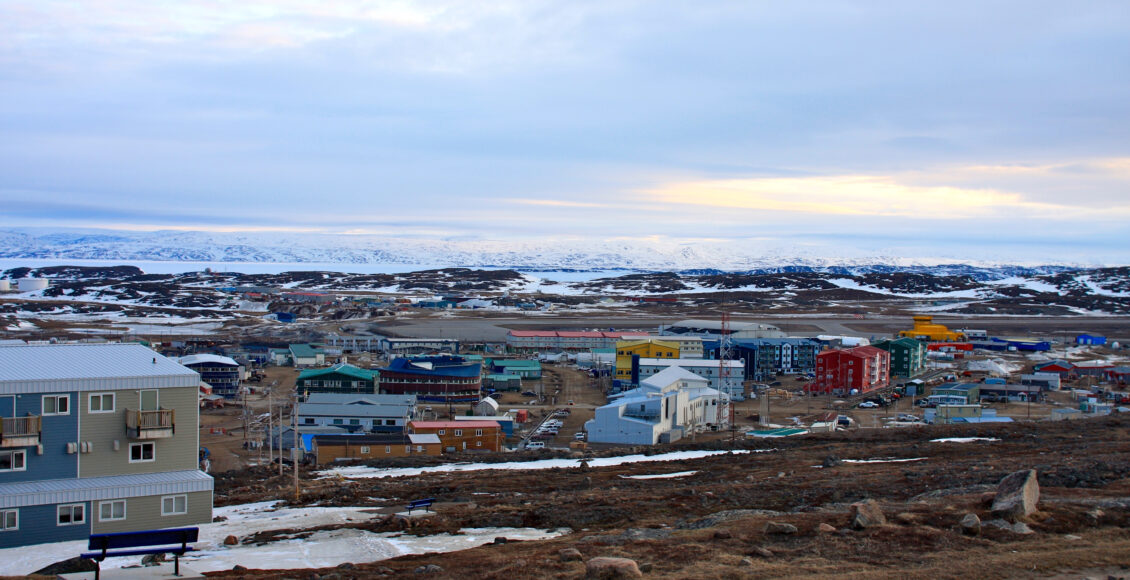 As measures to flatten the COVID-19 curve are implemented across Canada, many Canadians are not only faced with the threat of the virus, but also increased threats to their food security. However, these threats are not equally distributed. Communities in Nunavut have suffered from food insecurity disproportionately to the rest of Canada for decades as a result of historical and geographic factors, which are now being compounded by the logistical and economic challenges that accompany the virus’ spread across the country.

Food insecurity is defined by the Government of Canada as “the inability to acquire or consume an adequate diet quality or sufficient quantity of food in socially acceptable ways, or the uncertainty that one will be able to do so.” Within this definition, individuals or households can be classified at different levels of insecurity, ranging from marginal to severe. Most statistics on food insecurity in Canada refer to those who are moderately or severely food insecure, indicating a “compromise in quality and/or quantity of food due to a lack of money for food” in moderate cases, and severe cases in which individuals “miss meals, reduce food intake, and at the most extreme go day(s) without food.”

COVID-19 has resulted in mass layoffs, furloughs, and hiring freezes across Canada, contributing to a rising unemployment rate and demand for government income support. This has left many Canadians with significantly reduced incomes and increasingly precarious situations. This means higher risk of falling into food insecurity, as food insecurity is strongly tied to poverty. However, specific communities are much more at risk due to pre-existing challenges with food security, which are now being compounded by the economic and logistical challenges posed by the pandemic. One study published by the Canadian Medical Association Journal found that nearly 46% of households in Nunavut, a territory in which 84.7% of the population identifies as Inuit, were living with food insecurity in 2019.

The history of food insecurity in what is now known as Nunavut can be traced back to the forced relocation of 87 Inuit from Inukjuak, located in what is now known as northern Quebec. They were relocated to the High Arctic communities of Grise Fiord and Resolute in 1953 and 1955 by the Canadian Government. These individuals were initially persuaded to voluntarily relocate with promises of better hunting on further northern land, and the option to return to Inukjuak two years later. However, the promise of better hunting was intentionally misleading, and many starved due to a lack of familiar game and vegetation, difficulty hunting during 24-hour nights, and restrictions on hunting endangered or protected species. Members of the group then requested that the RCMP allow them to return to Inukjuak, but it was revealed that the members of this group were not allowed to return to the territory of their traditional food sources.

Ahead of @checkupcbc show on food prices, we asked #Iqaluit @MayorMadeleine to go grocery shopping. Here's some prices she sent us…

Today, food insecurity in Nunavut is partly due to these communities’ remote geography, which increases the distance that food needs to be shipped and often requires unusual means such as flying in goods. This has resulted in massively inflated prices due to increased shipping costs. In 2016, groceries in Nunavut were sold at up to three times the price of food in the average Canadian grocery store. The government subsidy program Nutrition North Canada has attempted to address this issue through subsidies for certain foods, with little success in combating food insecurity. These high food prices reinforce high poverty rates and food insecurity in Nunavut, with disproportionately large portions of even high-income earners’ salaries going to groceries. Hunting for “country food” is a common alternative to price-inflated groceries. However, this can also be costly when the price of gas, transportation, and equipment is factored in. Additionally, hunting and fishing access is changing as climate change impacts the safety of travel routes as well as contaminants in traditional food sources.

Economic shutdown due to the COVID-19 pandemic has compounded these factors’ impact on food security. Though all provinces and territories in Canada have felt the impacts of economic shutdown, many individuals and businesses in Nunavut are heavily reliant on summer tourism, particularly Arctic cruises. Tourism companies, hotels, and other businesses who are dependent on tourist dollars have been forced to lay off dozens of workers. Some are indicating that permanent closures may occur in the future, affecting the incomes of business owners and staff. Even if these workers impacted by these closures are able to access government income support programs, they may still struggle to maintain food security in light of the high grocery prices in the territory.

Additionally, many already food insecure individuals in Nunavut relied on community meal programs, food banks, and other charitable food distribution services that have now been shut down or forced to adapt their operations to new physical distancing measures. For some programs, this means reducing personnel, reducing the number of mealtimes served, and introducing takeout systems. Nunavut has the highest rate of child poverty in Canada, and child food insecurity in Nunavut is often addressed by breakfast and lunch programs run by schools. Now, organizers for these programs are dealing with the challenge of simply maintaining services, some of which are facing increased demand as children’s caregivers’ incomes are reduced and employment statuses altered.

Finally, although Nunavut has seen no reported cases of COVID-19 as of June 12, 2020, the direct arrival of COVID-19 may threaten food security if or when COVID-19 reaches the territory. In La Loche, Saskatchewan, a largely Indigenous-populated northern town, the arrival of COVID-19 has posed a new challenge for local food security. A confirmed case of COVID-19 among employees of one of La Loche’s two grocery stores led to a temporary store closure in order to test their workers for the virus. This left residents with greatly reduced options for purchasing groceries. In the case of COVID-19 arriving in Nunavut, this may be another looming challenge to food security in the small towns of the territory.

In response to the impact of COVID-19 on food insecurity, short-term charitable efforts have been adapted, the Nutrition North Canada subsidy program expanded, and specified COVID-19 funding has been promised to Northern communities by the Federal Government. However, advocates for ending food insecurity in Canada argue that these efforts do not adequately address the root causes of food insecurity, especially in Nunavut. In their new food policy action plan created in the context of COVID-19, the organization Food Secure Canada advocates Universal Basic Income “relative to the cost of living, and indexed based on location” and support for Indigenous food sovereignty to address not only the issue of food security, but also numerous Sustainable Development Goals as outlined by the United Nations.

Nuanced policies such as these prioritize understanding of the unique cultural, geographic, and social challenges faced by specific, largely Indigenous communities across Canada. Because of this, they have the potential to address both COVID-19 and non-COVID-19-related causes of food insecurity.

Featured image Iqaluit by Johannes Zielcke is licensed for use under CC BY-NC-ND 2.0.

Sophie is a U3 student in International Development Studies and Political Science. She grew up as a settler on Treaty 7 territory, and is primarily interested in the intersections between environmental issues and social justice.